TAG Heuer is celebrating the 55th anniversary of the Heuer Carrera this year. As one of the tentpole models for the brand, the Carrera line has always functioned as a clear representation of TAG Heuer’s racing DNA. We recently covered the tale of Jack Heuer releasing the Carrera — his first motorsport chronograph — in 1963, and, when compared to the Carrera Heuer-01 Chronograph released at Baselworld 2015, you can really see how the identity of the brand has developed over the decades.

When Jack Heuer was designing the first Carrera, he relied on a minimalist approach focused on keeping the dial highly legible. He even had the seconds scale printed directly onto the newly-developed tension ring, which helped make the dial look less crowded compared to the faces of other chronographs of the era. That watch is hardly recognizable compared to the Heuer 01. The soft metallic sheen of the dial was stripped away in favor of a skeletonized approach. The masculinity was amped up with colorful red accents and a plus-sized case coming in at 45 mm compared to the original 36 mm. No more steel; a case made of titanium now ensured that the Carrera could survive any shock. And, at release, TAG was lauded as the only brand to have a chronograph with an in-house movement under $5,000. 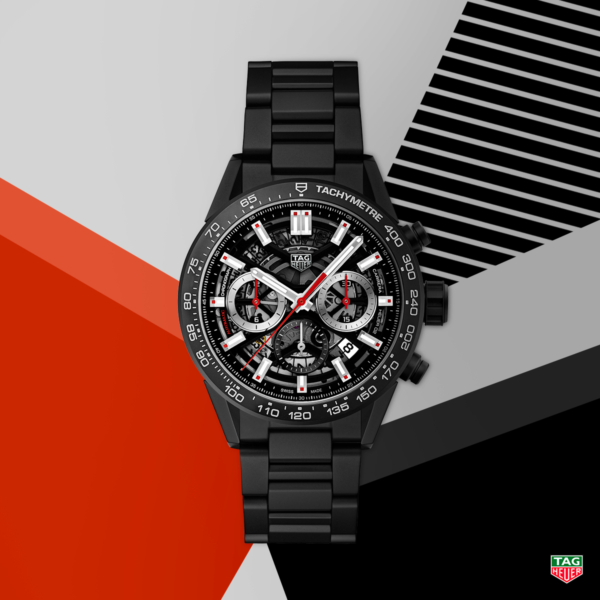 “When it came to designing the new TAG Heuer Carrera, we were faced with a choice between a vintage-inspired piece and a modern reworking,” said LVMH Head of Watchmaking Jean-Claude Biver in a statement. “We opted for the latter. At TAG Heuer, all of our energy goes into designing the watches of the future. We innovate by anticipating the desires of tomorrow’s consumers.” 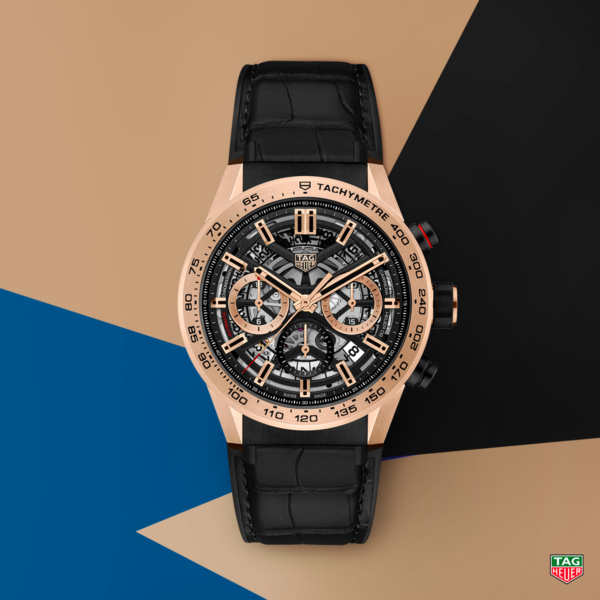 Following Biver’s vision, we’re now seeing the next evolution of the Carrera bloodline with the TAG Heuer Carrera Heuer 02 set to premiere at Baselworld next month. This is a substantial collection filled with 13 total variants. The diversity of materials used is the main difference between the Heuer 02 and its 2015 and 2016 counterparts. It will be released in steel, carbon, ceramic, and gold options with the choice of a metal, rubber, leather, or ceramic strap/bracelet. While most of these new pieces come in at a wearable 43 mm, there’s also a 45 mm version boasting a GMT complication. One of the biggest aesthetic departures from the Heuer 01 is the rearrangement of the dial structure. The vertical 12, 6, 9 configuration is reverted back to the same layout as the 1963 model at 3, 6, 9 o’clock. You can find the chronograph minutes and hours at 3 o’clock and 9 o’clock, a permanent small second at 6 o’clock, and a date window at 4:30. This is all thanks to a new movement: the Heuer 02 Caliber, that replaces, you guessed it, the Heuer 01 Caliber. What’s notable about this new movement is that it includes a column wheel and vertical clutch along with an 80-hour power reserve stored in a single barrel. 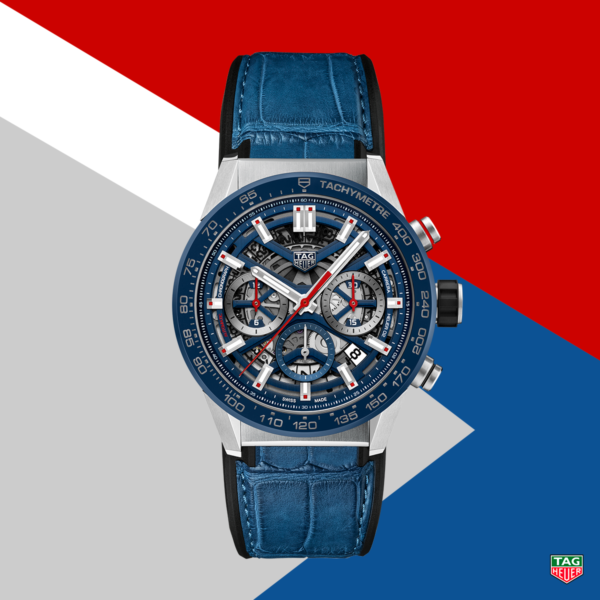 The new Carrera does an impressive job of balancing the technical and aesthetic innovation that TAG Heuer prizes while still honoring the 55-year history of the Carrera with the reorganized subdials. While the design — and size — won’t be for traditionalists, TAG Heuer’s dedication to moving forward has never been more apparent. 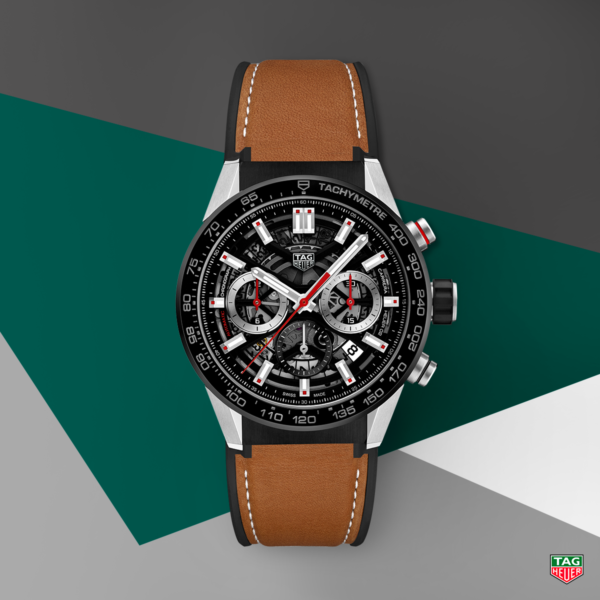 Biver and his team have previously shown a commitment to keeping the Carrera line at a fairly accessible price point. While the price has yet to be confirmed, we expect it to remain in a similar range as the 2015 and 2016 Carrera Heuer 01 models.

No Responses to “The TAG Heuer Carrera Heuer 02”