As longtime proponents of mechanical watchmaking, WatchTime doesn’t typically cover the average quartz release. However, when it comes to Citizen, our editorial team feels a bit differently. Personally, a Citizen Eco-Drive served as my entry point into the watch world and I know that story will ring true for a countless number of other collectors. This year has, in particular, been a strong one for the Japanese brand given its ongoing centennial celebration that has resulted in a number of new releases focused on heritage, the unveiling of exciting innovations, and partnerships with pop culture goliaths. 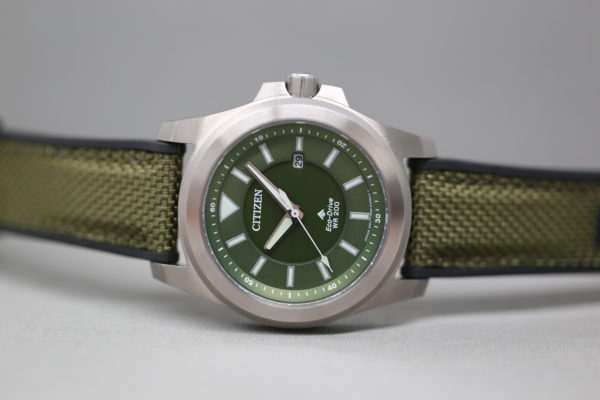 While these announcements and demonstrations of marketing might have been the primary focus for Citizen over the past nine months, there was a quiet release over the summer that may have a lasting effect on value-driven watch collectors or those simply looking for an accurate, durable, and attractive timepiece to wear on the weekend. This new line has been dubbed the Promaster Tough series and is a refined take on the greater Promaster collection. So far, it’s comprised of three new watches that not only include the reliability you expect from an Eco-Drive watch but also some hearty features that enthusiasts of all caliber should appreciate. 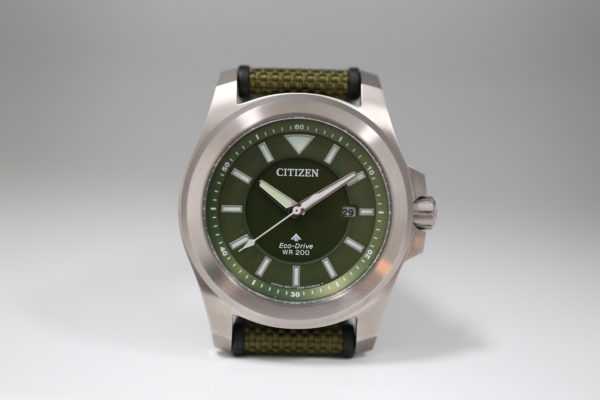 The model we received in for review is the green dial iteration on a matching hybrid CORDURA® Ballistic fabric and polyurethane strap (BN0211-09X) for $425. It also comes in two versions with a black dial, one in a black DLC-coated stainless steel case on a similar hybrid strap (BN0217-02E) for $425 and the other on a stainless steel bracelet (BN0211-50E) for $495. 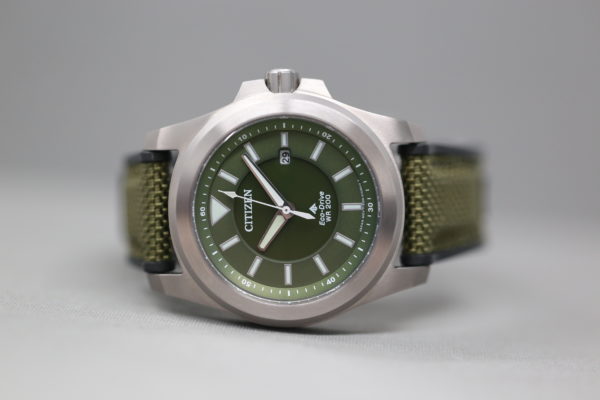 A quick look over the watch’s features will reveal its innate enthusiast appeal. The multi-layered dial adds some intriguing depth and allows for the bold indexes filled with Super-LumiNova to take center stage and provide enhanced legibility. The stainless steel case has been coated in Duratect — Citizen’s proprietary surface hardening technique that allows for superior scratch resistance as well as anti-rust and hypoallergenic properties and a claim to be five times harder than typical stainless steel — and features Citizen’s fan-favorite two-piece monocoque (monobloc) construction that removes the traditional caseback from the equation and enables a thinner case profile. This style of construction not only allows for greater wearability but also amplifies the model’s shock resistance and anti-magnetism as well as increasing the overall rigidity. 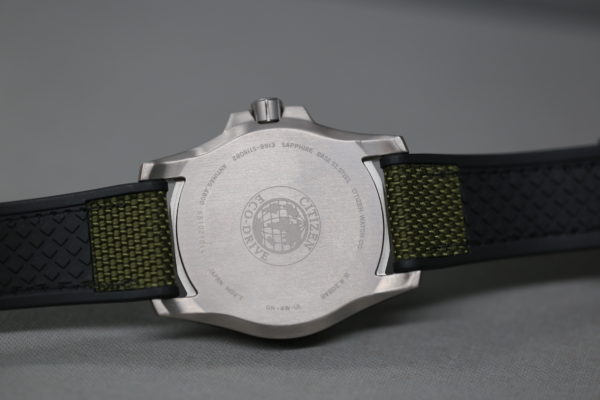 At 42 mm, the Promaster Tough models come in at the sweet spot for wearability and the curved lugs allow for the watch to nicely contour to the wrist, making it feel slightly smaller than it actually is. Despite the overall slimness of the watch, the bezel feels like it sits a little high which might be an effect of the sloping rehaut that the minute track can be found on. The hybrid strap is attractive and matches the army green dial color immaculately and should remain quite durable as it ages. If so desired, a different strap can be quickly added thanks to the common lug-to-lug width of 22 mm. 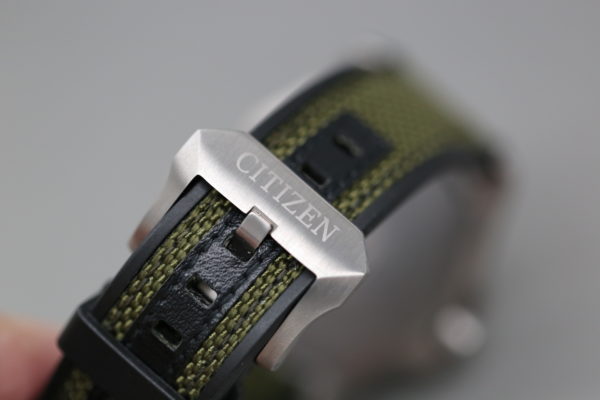 Lacking a unidirectional bezel, the Promaster Tough is obviously not a divers’ model and Citizen is, of course, not claiming it is, but the series can be used in the water without worry thanks to the screw-down crown and water resistance tested up to 200 meters. The sapphire crystal has been treated with an anti-reflective coating meaning it should be easy to read underneath the water as well as look great in any photos you happen to take. 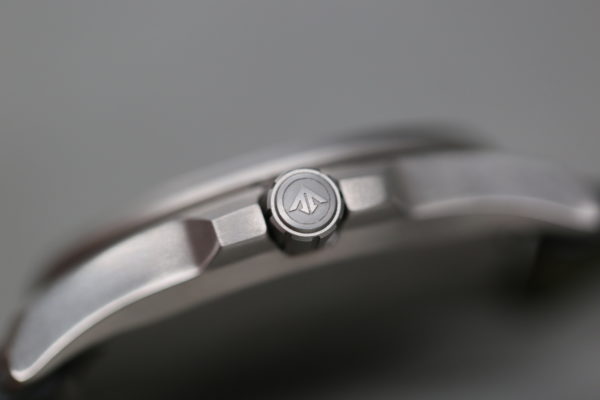 If I had one complaint about the watch after an extended period of wearing it off and on, it would have to be with how deep the date window is set into the watch. In principle, I don’t mind the inclusion of the date here due to the general audience that the watch is targeted towards, but unless you’re looking straight down at the watch, the date will be tough to tell off the cuff. It might help to include a simple framing around the window so that the drop doesn’t feel quite as precipitous but, again, that’s just me being overly particular about a detail that 99% of people wearing the watch won’t think about. 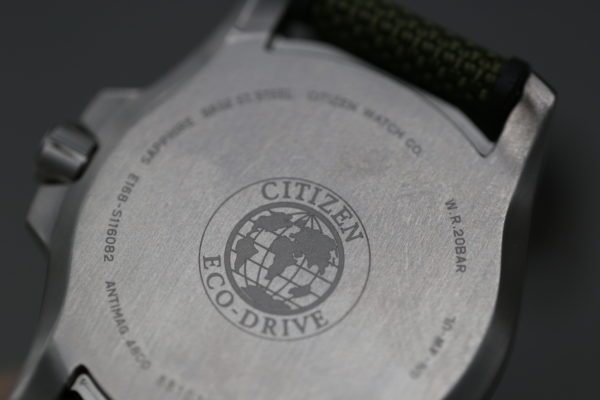 As you might expect, the Promaster Tough is powered by the brand’s user-friendly Eco-Drive technology — the specific movement here is E168 — meaning that it can be charged by any light source, be it natural or artificial, with a power reserve up to six months. 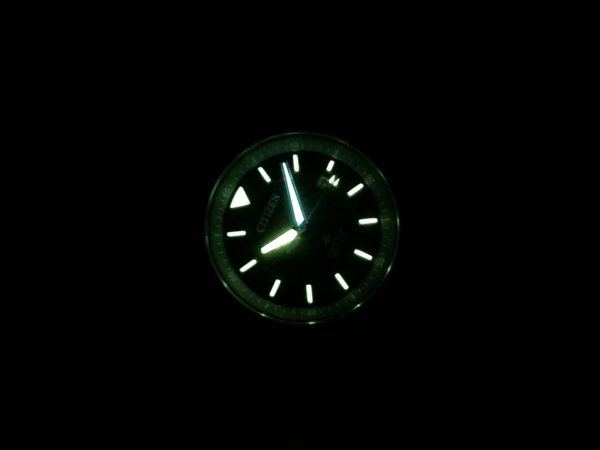 In my opinion, the Promaster line, which is one of Citizen’s most popular and wide-ranging collections, needed a simplified model like the Tough in its ranks. So many of the watches inside the Promaster series are filled to the brim with complications and crowded dials that a direct-to-the-point model like the Promaster Tough should find a broad appeal. There’s nothing revolutionary about the watch from a technical standpoint but it is a smart release that is a great example of Citizen’s founding ethos from 1918 to produce high-functioning and long-lasting timekeepers that are accessible to a wide audience. 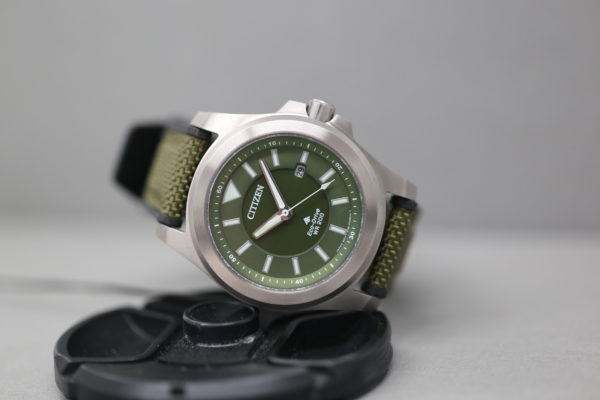 The Citizen Promaster Tough collection is available online and at your local Citizen retailer right now for $425 ($495 on bracelet). It comes with a 5-year warranty.

No Responses to “The Next Cult Classic from Citizen? Hands-On with the Promaster Tough”