In an unexpected development for American watchmaking community this past week, the Horological Society of New York (HSNY) announced the launch of its new chronometer certification program, a new testing and certification service for watchmakers and manufacturers that will be based in New York City.

The HSNY was founded in 1866 in New York City, and is one of the oldest continuously operating horological associations in the world. Dedicated to advancing the art and science of horology through education, the nonprofit is likely best known for its educational seminars, but has been increasingly stepping into more watchmaking topics and ventures — including launching a charity auction earlier this year in partnership with Phillips in Association with Bacs & Russo.

;The new chronometer certification program represents the organization’s next, deeper step into the world of horology, and seems positioned to serve the growing segment of U.S.-based and American-interested watchmakers. Notably, the launch of the program accompanied the announcement of a new timepiece produced in partnership between Massena LAB and Habring2, appropriately dubbed the Habring2 x Massena LAB ERWIN LAB03. The watch combines a dial design by Massena LAB, production carried out by Habring2, and ultimately chronometer certification by the HSNY.

Testing is conducted by the HSNY in a range of temperatures and positions over a 15-day period. The conditions used are designed to represent extreme environments that a watch may experience during wear, with the certification showing readiness of the watch for daily use.

According to the nonprofit, only a visual rate-testing procedure is used; this contrasts with the use of traditional watch timing machines, which use microphones to listen to a watch as it is running in order to quickly determine a rate. The HSNY’s visual rate testing procedure takes longer to complete but provides more reliable results. Once a watch has passed the certification program, HSNY issues it a physical certificate with specific test results, which brands are then able to include with the watch and to use in their marketing efforts.

To learn more about the chronometer certification program, click here.

To learn more about the Horological Society of New York, visit them, here.

Show all responses
Leave a Reply to Abraham

END_OF_DOCUMENT_TOKEN_TO_BE_REPLACED

Breitling Takes a Spin Down Memory Lane with ...

END_OF_DOCUMENT_TOKEN_TO_BE_REPLACED

From the Seas to the Skies: Hands-on with ...

END_OF_DOCUMENT_TOKEN_TO_BE_REPLACED 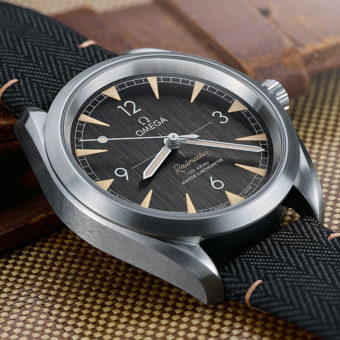