Mexico City, August 12, 2015 – The Latin American upscale market, especially the market for haute horlogerie, has proven relevant for many of the big brands and groups. Some of them have opted for the opening of new boutiques in countries such as Argentina or Brazil, or increasing their presence in destinations such as Colombia, Uruguay, or Peru. Mexico, however, has always been the gateway to the entire region.

The exponential growth of the luxury market in Mexico is the background for the launch of the new Spanish-language title, WatchTime Mexico. Edited in the United States, WatchTime USA is part of the Ebner Media Group, one of the most prominent publishers in Germany, which publishes several titles that specialize in fine watches, including the German-language magazines Uhren and Chronos, as well as the watch-enthusiast website, Watch-Insider.com.

With the support of Bemena Media, a leading video producer in Mexico, and Mexico News Network, an international news agency based in Cancun, Quintana Roo, WatchTime Mexico hits the market in October 2015, under the editorship of one of the most respected watch journalists in Mexico, Alejandro Estrada.

Naturally, in order to oversee the content and guarantee the best editorial strategies, Joe Thompson, editor in chief of WatchTime USA, and Dominik Grau, chief innovation officer of Ebner Media Group, will work closely with the executive team in Mexico.

The launch of the first quarterly issue of WatchTime Mexico will occur simultaneously with that of a YouTube channel devoted to the magazine and an online presence in the social networks Facebook, Twitter, and Instagram. The complex media structure that will accompany the title from its very beginning represents the increasing importance of digital media in Mexico as well as throughout the world.

Today, WatchTime editions are available in the United States, the Middle East, and India, along with a Portuguese-language website in Brazil, watchtimebrasil.com/br. The release of this new editions marks the first version of WatchTime in Spanish, and the first to target the fast-growing Mexican luxury market.

One Response to “Press Release: WatchTime To Launch Mexico Edition in October 2015”

END_OF_DOCUMENT_TOKEN_TO_BE_REPLACED 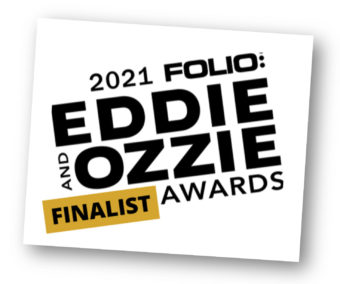 END_OF_DOCUMENT_TOKEN_TO_BE_REPLACED

TimeOut With WatchTime Returns This Thursday, ...