Walk into any horological meetup with a quartz watch on and you’re likely to get the door slammed in your face. I kid, I kid — but only partly. Ever since the mechanical watch industry made its recovery in the face of a specific doom brought on by Japanese watchmakers, many so-called watch enthusiasts (snobs might be the more appropriate nom de guerre) have outright refused to let a battery-operated watch end up on their wrists. Is that fair? Depends — of course anybody that calls themselves a timepiece enthusiast most likely fell in love with mechanical watches, but that doesn’t necessarily mean quartz watches should be left out in the cold. Over the past decade-plus, there have been some fascinating developments in the quartz sphere that have led to a new field of watches called HAQ (High Accuracy Quartz) that make precision the primary objective. An easy guideline to remember is that any quartz watch that boasts a plus or minus rate of ten seconds per year can be deemed HAQ. While this field is still dominated in full by our friends out of Japan, a few Swiss brands have tossed their hat into the ring and are trying to figure out the next stage in precision timekeeping. For the sake of this article, we’ll be defining HAQ as one that has an inherent regulator rather than something that relies on an outside force liken an atomic clock or GPS to maintain accuracy.

Longines’ recent foray into HAQ ended up with the release of the Conquest V.H.P. (Very High Precision) at Baselworld 2017. Rather than jumping into the smartwatch realm like so many other Swiss brands, Longines has doubled down and made one of the most accurate quartz watches ever. As far as we can tell, this is the first Swiss watch to boast ± five seconds per year, which ends up being less than half a second every month. One of the coolest features of this watch is the gear position detection system that allows the watch hands to automatically resync if they’re accidentally displaced by a shock or a magnetic field. It also boasts a perpetual calendar in the date, meaning the timepiece knows the length of each month and when a leap year occurs, so you won’t ever have to mess with the date. The crown also has this funky trick where you can set the watch either by slowly ticking off minute-by-minute or, with a quick turn, the hour hand will jump by the hour so the minute hand stays accurate. At Baselworld 2018, the brand introduced several new VHP models including a new selection of chronographs. Prices start at $1,000.

Most watch enthusiasts know that Bulova introduced the world’s first wristwatch that utilized an electronic tuning fork to regulate the time and an electronic gear train to move the hands with the original Accutron. That was way back in 1960; in 2010, after being purchased by Citizen two years before, the brand set out to reclaim its heritage of offering supremely accurate watches with the Precisionist line. The beauty of the Precisionist is something that nothing else on this list can offer — a smooth seconds hand. Because the watch beats at 262 kHz, which translates to 16 ticks per second, it allows for the buttery-smooth seconds hand that mechanical watch lovers have long hoarded over quartz enthusiasts. These technically don’t meet our guideline of 10 seconds per year, rather they offer a rate of 5 seconds per month, but they’re worth mentioning due to the sheer amount of models available and the accessible price point. In 2014, Bulova tapped into its history to introduce the Accutron II collection within the Precisionist line. Prices start at $350.

You can blame Seiko for introducing the first quartz watch into production way back in 1969. Back then, quartz was less of a novelty and more of a revolution, and like any revolutionary tech, quartz watches cost quite a bit of money. While Seiko still sells plenty of quartz nowadays, its latest proprietary invention comes via its higher-end sibling, Grand Seiko with the 9F caliber. This specific caliber uses a thermocompensating movement to measure the temperature hundreds of times per day and then uses the information to adjust the frequency of the quartz’s vibrations to make up for any irregularities. The 9F caliber claims to be accurate plus or minus 10 seconds per year (Grand Seiko’s Spring Drive 9R caliber is also extremely accurate but claims to record plus or minus 15 seconds per month). Prices start at $2,200.

Breitling’s line of Superquartz watches represents the high-end of this segment of the watch market. For a long time, Breitling was sourcing its high-end, thermocompensated, quartz models from ETA. Starting with the Cockpit B50 released in 2014, however, Breitling began producing its own hyper-accurate quartz models thanks to the patented Superquartz technology. Thermocompensated, COSC-certified, and billed as accurate within 10 seconds per year, the analog-digital Cockpit B50 started a new wave for the brand that was continued with the release of the Exospace B55 and the Colt Skyracer. At release, the Cockpit B50 cost $7,200 but the Colt Skyracer, released in 2017, was priced at approximately $2,000. Be warned: If you’re a fan of Breitling’s HAQ models, now might be the time to pick one up, because as we recently reported, CEO Georges Kern is going to slowly eliminate quartz-powered pieces from the brand’s catalog with few outliers. 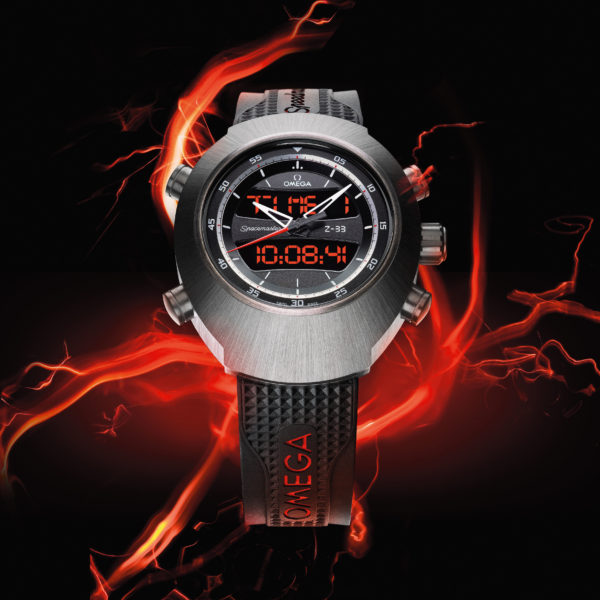 Everyone knows the Omega Speedmaster and Seamaster, but how familiar are you with the Spacemaster? First released in 2012, the Omega Spacemaster Z-33 was inspired by the iconic “Pilot Line” case shape originally seen in 1969. It was designed for professional use by pilots which included a flight logbook that could record up to 10 flights, a UTC plus two time zones, either in 12-hours or 24-hours, and alarm, a chronograph, and a countdown timer. This is all thanks to the multi-function, thermocompensated Caliber 5666 that boasts a rate of plus or minus 10 seconds per year. The case is titanium and is priced at $5,900 on either a rubber strap or leather strap or $6,600 on a titanium bracelet.

Previously only available in Japan, Citizen recently introduced its famous “The Citizen Chronomaster” model to a more global audience. Available in the Japanese brand’s Time Square boutique in New York City, the AQ1010-54A, AQ1030-57H, and AQ1040-53A all use the Caliber A010, which broke the record for most accurate quartz watch at ± 5 seconds per year when it was first introduced in 2011. All three models include perpetual calendar functionality as well. While the watches use thermocompensation to remain accurate, they’re powered by Citizen’s proprietary, solar-powered Eco-Drive technology. Prices start at $2,275 at time of publishing.

No Responses to “The Ultimate Guide to High-Accuracy Quartz Watches”