A second time zone can be shown in many ways, offering a wide range of options for watch designers. As summer travel continues, we showcase some notable timepieces with second-time-zone (GMT) displays in this article from the WatchTime archives.

A watch with a second time zone can elbow its way into the limelight and loudly announce that its owner is a globetrotter. But the additional display can also hide discreetly and become visible only when the wearer commands it to appear. Intuitively readable 12-hour dials are available, as are unambiguous 24-hour scales and all sorts of unconventional displays. The target group plays an important role because a second time zone can provide worthwhile service to very different types of people.

Flight Time
Pilots, who frequently land in different countries, use UTC (Universal Time Coordinated) exclusively for radio communications, flight plans and logbooks. A watch with a second time zone is tremendously helpful for aviators. And it’s not surprising that some watches were developed especially for this purpose and are styled like traditional pilots’ watches.

The best-known representative of this genre is surely the Rolex GMT-Master, developed in 1955 in response to a list of requirements specified by Pan American World Airways. At that time, the distinctive rotatable bezel was the only option for setting the time in the second zone because the 12-hour and 24-hour hands could not be reset independently. The position of the 12-hour hand could be reset in one-hour increments only after 1982, when Rolex introduced a new movement. The time in a third zone could also be shown by rotating the bezel to correspond with the 24-hour hand, but this meant that the time in the second zone couldn’t be read until the bezel was returned to its original position.

Arguably the most eye-catching and original version is the one that Rolex offers with a distinctive blue-and-red 24-hour scale. This colorful model, which its fans have nicknamed “Pepsi,” shows the daytime hours from 6 am to 6 pm in red and the nighttime hours in blue. In the past, this color scheme was used to quickly differentiate daytime and nighttime hours. Tudor, Rolex’s sister brand, began using the same color scheme on the Black Bay GMT in 2018 and floats along with the retro wave, while Rolex has been building its classic for more than half a century with only minor visual modifications.

Oris conceived its Big Crown ProPilot Worldtimer as a pilots’ watch, too, but this model shows the second time zone in a totally different way. The little subdial with hours and minutes for the home time is intuitively readable, thanks to its 12-hour format. Oris also integrates an accompanying day/night display: the little window on the subdial is black at night and orange during the day. UTC is always expressed in 24-hour format, so this Oris watch is more suitable for showing the local time at the wearer’s destination.

Work Time
A second large target group for watches with a second time zone consists of top-tier executives who work for international companies. A second time zone is a useful addition to a watch worn by a person who travels frequently or who contacts partners in other parts of the world. In line with the prevailing dress code, wearers of business attire would be well advised to choose elegantly unostentatious wristwatches. Sinn integrates the extra time zone in an especially understated manner on the dial of its Frankfurt Financial District Model 6099. This watch allows you to conceal the hand for the second time zone under the ordinary hour hand because both hands work in a 12-hour format, but it doesn’t show you whether the indicated hour belongs to the day or the night.

Jaeger-LeCoultre’s rose-gold, Art Deco-style, Reverso Tribute Duoface Large likewise keeps the additional function discreetly out of sight. The slate gray dial on the front side of this model shows the hours, minutes and seconds. The second face comes into view after you have inverted the main part of the case, a neat little flip that can be accomplished without having to take this watch off your wrist. The dial on the back of the watch now faces away from the wrist and shows you the time in a second zone. A small subdial with a 24-hour display lets you distinguish between daytime and nighttime hours. 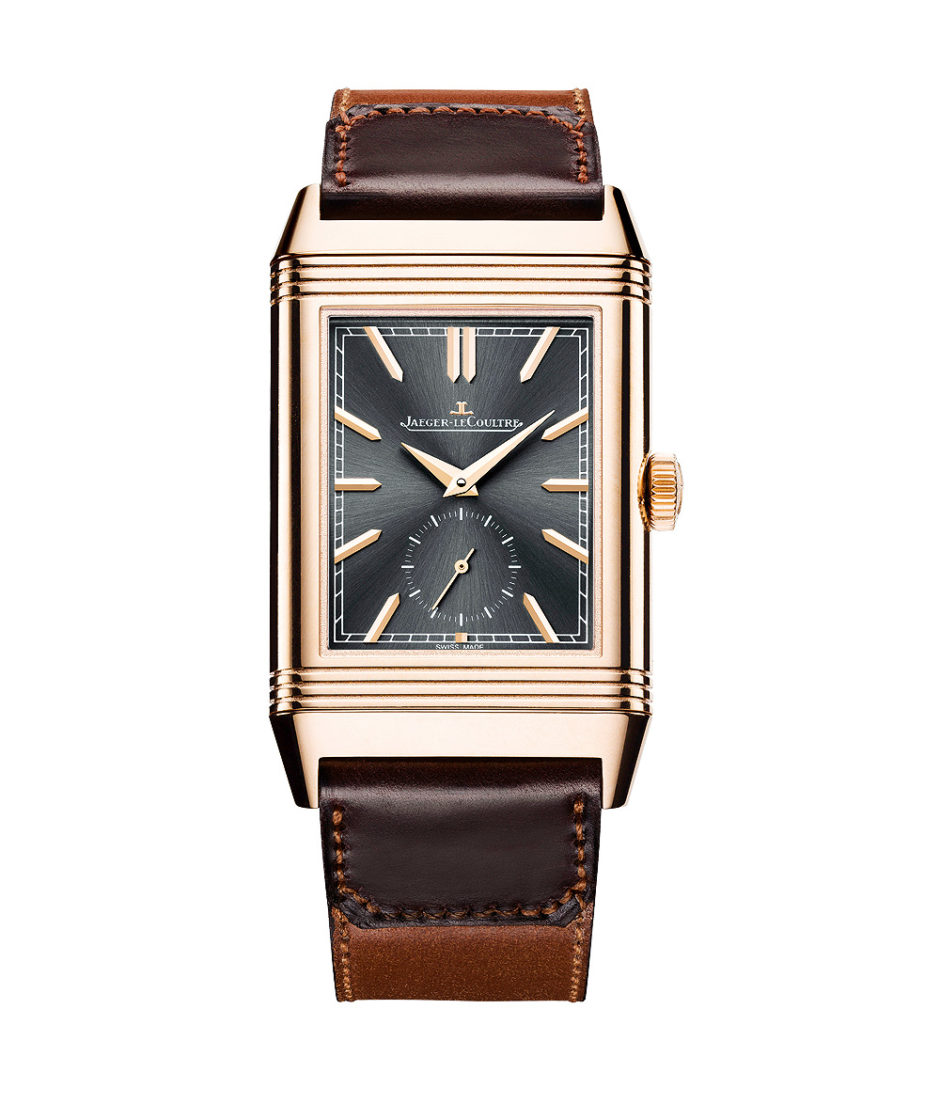 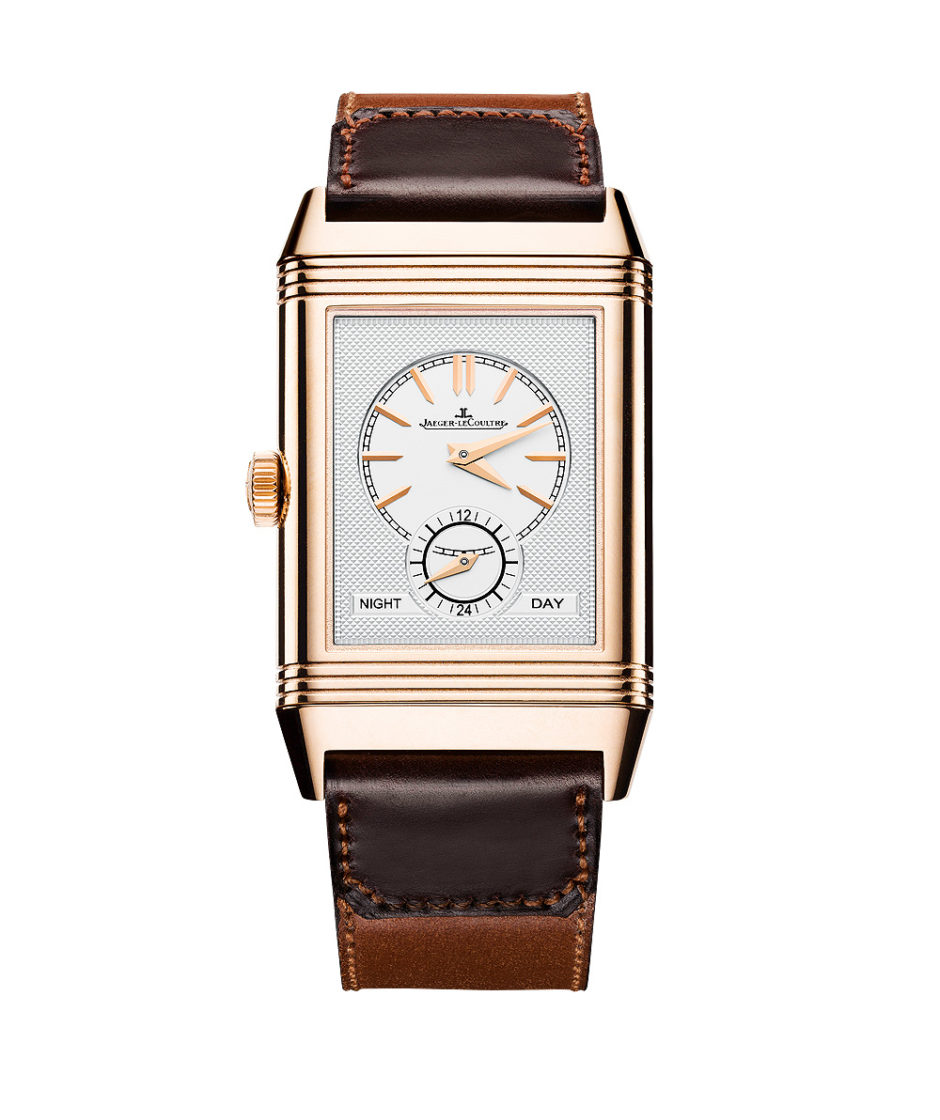 Understatement similarly characterizes the second time zone on the new Leica L2, which makes do entirely without a second hour hand. Instead, you turn the second crown to rotate a 12-hour ring around the dial’s periphery until the ordinary hour hand points to the correct hour in the second time zone. An inconspicuous day/night display at 4 o’clock corresponds with this scale and makes it easy to see if now is a good time to call home or if your loved ones are already fast asleep. The straightforward design and several details (such as the brand’s distinctive red dot on the crown and the fluting around it, which recalls the ISO-setting wheel on a Leica camera) alert connoisseurs to the fact that this watch is made by renowned camera-maker Leica.

Vacation Time
Business trips tend to be formal occasions, but vacations are usually more casual, although just how casual may depend on the destination. An eye-catching and colorful watch is a good choice at the beach and at a beach bar. For example, Omega’s Seamaster Planet Ocean 600m Big Blue, with its blue ceramic case and orange elements like the 24-hour scale for the second time zone, will attract attention. This timepiece also satisfies all the requirements expected of a divers’ watch, so it can be worn both above and below the water while vacationing in Polynesia.

People who prefer to fly to London or New York rather than to the South Seas can also find suitable watches with a second time zone that won’t seem garish when they’re worn in a café or a museum. For example, Panerai’s Luminor Due 3 Days GMT Power Reserve is a slimmer version of Panerai’s usually burly, martial timepieces, which recall the brand’s tradition of supplying wristwatches to navy frogmen. This model also shows the second time zone in a way that predestines it for stays in the U.S. The hour hand for the second time zone is on a subdial that is marked with “pm” on the left half and “am” on the right half. The corresponding hand circles the subdial in 24 hours.

Watches that show the time in a second zone are available in a remarkably wide variety of styles. There’s an appropriate design for every occasion. Watch brands continue to surprise aficionados by inventing totally new ways to show an additional time zone, as Leica recently did with its rotatable scale.

No Responses to “Double Time: Eight GMT Watches For Travelers at Work and Play”