When the third annual WatchTime New York show wrapped up on Saturday, many attendees walked away with either a new watch on their wrist, or an idea for their next purchase—or simply tuned into the horological high that so many enthusiasts hunger for. For a lot of visitors, it also provided an opportunity to see timepieces that had been announced but had not yet been displayed to the public. One such example is the eight-piece, limited-edition Geo. Graham Orrery Tourbillon, an unexpected high complication from a brand most noteworthy for its dedication to high-octane sports watches.

The Graham booth was packed throughout the two-day fair as people crowded around to see the timepiece inspired by brand eponym George Graham’s invention of the modern orrery in 1713. An orrery is traditionally a mechanical model that illustrates the heliocentric position of the solar system. In the 2017 Geo-Graham Orrery Tourbillon, a tourbillon crafted by Christophe Claret forms the beating heart of the galaxy while Moon and Mars figures—crafted with real fragments of the celestial bodies taken from meteorites that fell to Earth, and a Kingman-turquoise Earth—circle the tourbillon enclosed within an 18K pink gold bridge. In the middle of the engraved star example, a cabochon diamond marks the dead center for the solar rotations.

The miniature Copernican system will display 100 consecutive years of planetary movement, with two additional graduations of 100 years making 300 total years of accurate demonstration. On top of the blue-lacquered dial, Gregorian and Zodiac calendars encircle the tourbillon bridge and can be read by the placement of the turquoise earth figurine. 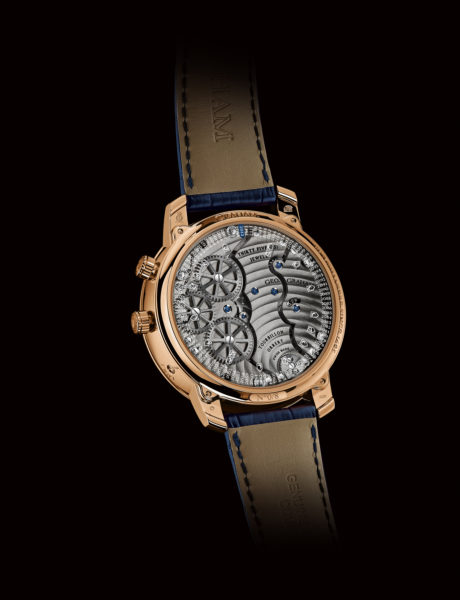 With such a heavenly perspective, this is the kind of timepiece that provokes a romantic interpretation of the passing hours and minutes rather than one of pure functionality. By creating a living monument to the solar system on the wrist, the Graham watchmakers are providing a God’s eye view into the center of something all of humanity is affected by, but will never see from the outside.

Check out the other watches that debuted at WatchTime New York this year: The TAG Heuer Monaco Gulf Special Edition, The Longines Navigation BigEye, The Bremont 1918 Limited Edition, and four new A. Lange & Söhne timepieces with blue dials.

No Responses to “Introducing The Graham Geo. Graham Orrery Tourbillon”

Show all responses
Leave a Reply to Alec

END_OF_DOCUMENT_TOKEN_TO_BE_REPLACED 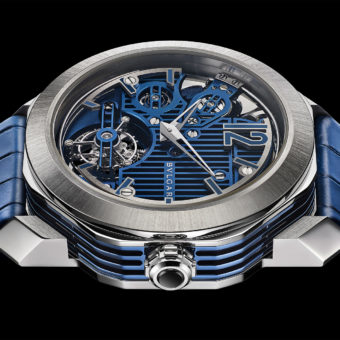