Last week we showed you the 25th Anniversary collection of the Royal Oak Offshore. This week, we got word on what Audemars Piguet is releasing at SIHH 2018 for the ladies and it’s equally impressive. The Le Brassus-based manufacture used Dubai Watch Week as the launch pad for the feminine half of its pre-SIHH novelties. The collection is comprised of three new takes on the distinctive Millenary design.

The Millenary has existed in some shape or form since 1995, when Audemars Piguet expanded its design portfolio to include this satisfyingly ovoid wristwatch that is based on a model from the early 1950s. As you may have guessed, the watch is named after the third millennium that, at the time, was only a few years away. 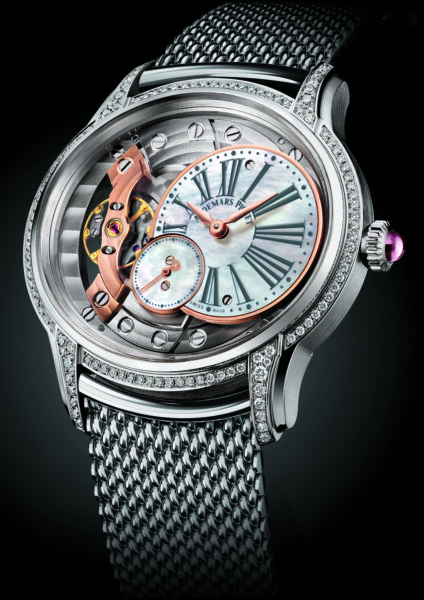 Two of the three Millenary models — one in white gold and one in rose gold — are outfitted with so-called Polish-finished bracelets that add to the vintage appeal. Compared to the more-popular Milanese bracelet, a Polish bracelet is the result of rolling up a thread around an axis in alternating directions. On a Milanese bracelet, the wires are all threaded in the same direction. Because of this increased intricacy, each Polish bracelet is individually handmade. 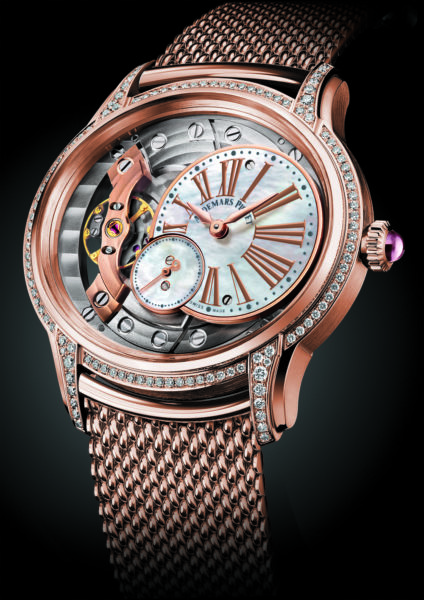 The obvious hero piece of this new lineup is a Millenary that builds on one of Audemars Piguet’s more recognizable introductions from SIHH 2017. Love it or hate it, Frosted Gold is back and it looks surprisingly subdued this time around. If you don’t recall, the Frosted Gold finish is part of a collaboration with the jewelry designer Carolina Bucci that debuted on the Frosted Gold Royal Oak from last year. The eye-catching look is created through an ancient gold hammering procedure called the Florentine technique. On this particular watch, the bezel, the inner bezel, the top of the lugs, and the case’s sides at 9 and 3 o’clock have been frosted. This timepiece also marks the first time an opal dial has been used in the Millenary collection.

Prices aren’t available yet, but we’ll be sure to update you once we get closer to SIHH.