Solar Impulse is a prototype aircraft powered by the Sun, and on a clear April day over the Swiss town of Payerne, it took its first serious test flight. Seven years in the making, the goal of the venture is to demonstrate that it is possible to fly around the world using only solar power. The top of the craft’s wings are covered with 12,000 solar cells, occupying a wingspan of 206 feet – just a few feet shorter than a 747, yet the plane weighs only about 3750 pounds.

The nearly $100 million project is headed up by Bertrand Piccard, the Swiss adventurer who completed the first non-stop around the world balloon flight in 1999. His partner is André Borschberg, an engineer and fighter pilot. On Wednesday, the Solar Impulse team took the first major step toward their goal with a test flight that lasted about 2 hours, during which they achieved an altitude of about 4000 feet. Later this year, the crew will test the plane’s ability to fly at night using lithium batteries.

Omega is one of Solar Impulse’s Main Partners and has supplied capital and technological support, including the performance simulation and testing system – an ingenious, lightweight system of landing lights and the so-called Omega Instrument which displays important parameters to assist the pilot during landing. The Omega Instrument was invented by astronaut and Swatch Group Board Member Claude Nicollier. Nicollier has played an active role in the Solar Impulse project from its earliest stages and led the flight control team in the telemetry room during Solar Impulse’s test flight.

END_OF_DOCUMENT_TOKEN_TO_BE_REPLACED 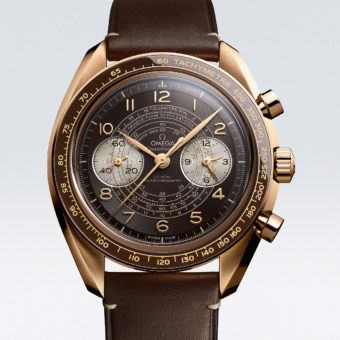