Following in the footsteps of Harry Winston‘s previous Z10 and Z11 timepieces, the new Z12 uses the late Harry Winston’s childhood in New York City as a source of inspiration. Here, an arched blue bridge that straddles the central axis of the dial is inspired by the Manhattan bridges that influenced the world-renowned jeweler’s life and work.

At first glance, the whirling circle of numerals and markers feels confusing and difficult to grasp as a timekeeping instrument. However, upon closer inspection, the usage of concentric, bi-retrograde hours and minutes creates a complex and asymmetrical horological demonstration.

Despite its radical appearance and jewelry-house background, the Harry Winston Project Z12 is a watchmaking novelty in its purest form. Limited to 300 total pieces, the jumping hour and minute indicators demand to be paid attention to. The two hands move over a 140-degree field, and when one reaches the end of its rotation, as is customary, it jumps back to its starting position. Altogether, this retrograde choreography occurs 26 (24 times for the minute hand and twice for the hour hand) times a day, all in plain view.

The 44.2 mm case of the watch is made of the brand’s proprietary Zalium alloy and there’s a subtle date disc display hidden on the edge of the dial. Inside the watch, the HW3306 automatic winding caliber was developed exclusively for the Project Z12. It features a silicon balance spring, a white gold openwork rotor and a power reserve of 68 hours. Price is available upon request.

END_OF_DOCUMENT_TOKEN_TO_BE_REPLACED 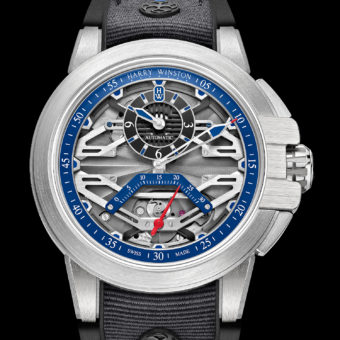 A Jewel of a Regulator: Harry Winston Adds ...

END_OF_DOCUMENT_TOKEN_TO_BE_REPLACED 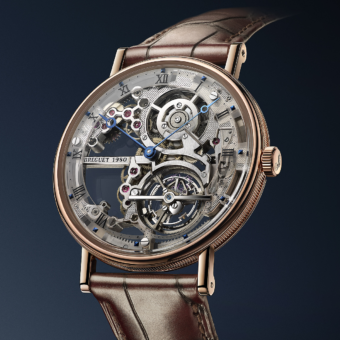 10 Noteworthy Tourbillons That Took Our Breath ...

END_OF_DOCUMENT_TOKEN_TO_BE_REPLACED 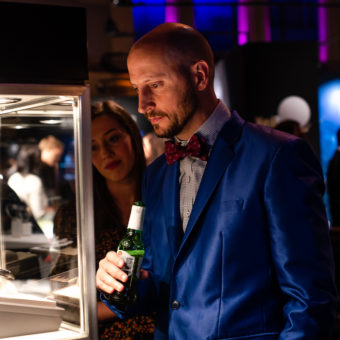 Join WatchTime at South Coast Plaza for “The ...

END_OF_DOCUMENT_TOKEN_TO_BE_REPLACED 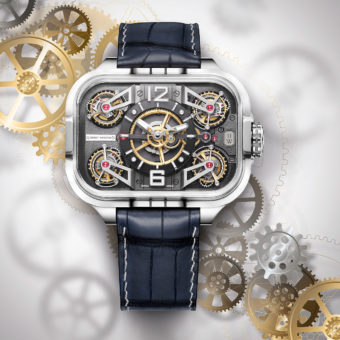