It’s not often that we get to write about an auction house for the first time. There are four or five well-known watch auction houses (you know who they are) that have pretty much dominated that side of the industry for as long as most people can remember. Of course, there are other, more regional auction houses but, on an international, even national level, it’s quite rare to see a new face pop up.

However, with Fortuna, a seven-year-old auction house that has made its name on the jewelry side of the collecting world, that’s not the case. The young business is poised to make a name for itself thanks to a straightforward pricing strategy and a hands-on and no-risk approach to buying and selling.

“The origin of the auction house was to protect and look out for the seller, because in our experience, the buyers, they’re the knowledgeable ones,” says the company’s Head of Jewelry & Watches. “It’s the person that inherits their grandfather’s watch, or it’s the woman that is going through a bad divorce and needs to sell her jewelry. Those are the people that are at a lot of risk. So we really wanted to build a business that would hold their hand and protect them and guide them through the process, and that became the foundation for it.”

Fortuna does this through a customer-first approach that offers a true white glove experience for clients whether they are buying or selling. Say you place a bid and win a $15,000 watch in tomorrow’s inaugural auction. The team at Fortuna will handle each step of the process for you from payment to shipping.

Fortuna aims to handle the whole process: “We say, ‘Okay, we’ve got a quote for you for insured shipping, we know that you have someone to sign for on Saturday.’ We arrange that. We’re very hands-on, and what we’re finding is that in the watches we deal with, it’s definitely more of a luxury sphere. It’s not like a general market. So we call you up, and say, ‘Hey, Mr. Johnson, I just want to confirm that I saw your package was delivered, it was signed by your receptionist as you had wished.” It’s that level of service that people have really responded well to.”

Fortuna also publishes the starting bid on all of its lots, a move that offers a level of transparency rarely seen in the auction world. This allows the inexperienced, neophyte buyer the opportunity to feel out how much money they want to commit to the sale without feeling intimidated. Looking through the top lots for tomorrow’s sale, you’ll notice that the starting bids begin at a rather competitive spot. According to Fortuna, this offers two benefits: it provides an attractive opening bid that can bring in a large crowd and gives those potential bidders something to obsess over. Basically, the emotion of “That’s so cheap. I have to have it.” quickly turns into “You’re not going to get it. That’s mine.”

Fortuna’s pricing model combined with the fact that if your timepiece or jewelry doesn’t sell at auction, nothing is owed to Fortuna has helped the company gather a large database of high net worth individuals and collectors. And with the house’s focus quickly turning to luxury timepieces, there’s a lot to look forward to for watch enthusiasts and collectors of all calibers.

A quick look at the first-ever Fortuna watch auction, held tomorrow at noon at the brand’s Rockefeller Center showroom in New York City, provides proof of concept and is a good indicator of the quality we should see moving forward from the young house.

The top lots at tomorrow sale consist of a mixture of vintage Rolex watches (such as a fresh-to-market Ref. 6263 Paul Newman Daytona), independent darlings like the Maitres du Temps Chapter Two, and a few modern Breguets.

Before we get into those, here are a few under-the-radar lots to keep an eye on.

Perpetually underappreciated, this Arnold & Son Utte Flying Tourbillon comes from 2010, which happens to be right when horological wunderkind Sébastien Chaulmontet (now Head of Innovation at Sellita) assumed control of movement production for the brand. Estimate: $12,000 to $18,000 Starting bid: $10,000

The Omega Caliber 266 is one of the worst-kept secrets in watchmaking. Long heralded for its easy-to-assemble, hand-wound movement, the Caliber 266 has earned its place in the pantheon of affordable vintage timepieces. This example from 1953 currently has an estimate of $800 to $1,500 and a starting bid of $500. 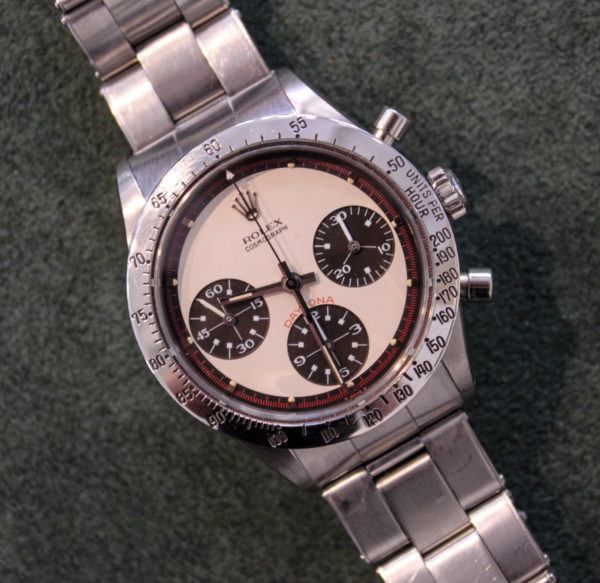 The market for Paul Newman Daytonas has exploded in recent years, with it all culminating in Phillips’ record-breaking sale of the original “PND” last October. Auction junkies will know that since that historic auction, the prices have remained sky high. The example Fortuna is auctioning off tomorrow afternoon is in impeccable condition, with the dial, in particular, being in one of the finest conditions we’ve seen. This watch is being consigned by a gentleman that purchased it from the son of the original owner and it is the first time it has gone to auction. The estimate is currently set between $150,00 and $250,000 with the starting bid at $120,000. However, if the past nine months have taught us anything, we can expect that to be blown away. And, if the cream dial is too flashy for you, Fortuna has an additional fresh-to-market 6239 Daytona available in the traditional, non-Paul Newman style for an estimate of $30,000 to $50,000.

As well as being one of the most popular contemporary models for Rolex, the vintage market for Submariners remains stronger than ever. This example of the Ref. 1680 from 1977 is in sterling condition and features the popular “White Sub” indication on the dial. Here’s a little Rolex trivia: Reference 1680 was the first Submariner to include a date. Estimate: $8,000 to $12,000 Starting bid: $7,500

Pepsi fever is alive and well thanks to Rolex introducing the GMT Master II in Oystersteel with a jubilee bracelet at Baselworld this year. This vintage model from 1967 has an attractive and original faded bezel and features the classic Mark 1 matte dial. The case is completely unpolished and the watch comes with its original COSC certification sheet. Forget getting on the wait list at your local AD, this is a pristine example of why we love the Pepsi look to begin with. Estimate: $11,000 to $15,000 Starting bid: $9,000

A collaboration between horological legends Daniel Roth and Peter Speake-Marin, the Maitres du Temps Chapter Two in white gold features a big date and two large rolling day-of-week and month indicators. Exceedingly rare, this timepiece offers the chance to see the result of the collaborative energies of two of the greatest living watchmakers. Estimate: $20,000 to $30,000 Starting bid: $15,000

One of six noteworthy Breguet timepieces up for bid is this Classique Complications Ref. 3657 in yellow gold from 2010. Chock full of iconic Breguet indications and complications, a watch like this is a testament to the 220+ year history of the brand. Estimate: $50,000 to $70,000 Starting bid: $40,000

You can check out the rest of the lots and place your bids here.