As we reveal in our July-August issue, on sale July 15, Jaquet Droz has brought out a new miniaturized mechanical device: a machine that can duplicate its owner’s signature. Dubbed the Signing Machine, it follows in the tradition of Jaquet Droz automata.

Designed to be comparable in size to a smartphone – it’s five inches long and three inches wide – the Signing Machine at first looks like a nondescript black and gray cassette. Unlock it with a four-digit security code and wind it via a lever on its side, though, and the mechanism comes to life. When you press the button on top of the case two times, a hinged arm and a small black stylus slide out. Fit the pen into the arm and press the button once more, and the machine’s complex gear train will execute your signature. And while your John Hancock is taking shape, you can watch the mechanism at work through a window on the case.

The Signing Machine has 327 components. It is made mostly of titanium to reduce its weight, and it also has brass and stainless-steel elements. It is 0.6 inches thick.

The La Chaux-de-Fonds watch brand has long drawn upon the heritage of its namesake, Pierre Jaquet-Droz, the 18th-century watchmaker whose automata included highly realistic human figures such as the Writer, which can be programmed to write out a sentence on a sheet of paper. The Jaquet Droz brand has recently brought out a number of new devices and automata, including the Time Writing Machine, which can write out the time, and several watches with lifelike mechanical birds on the dials.

The Signing Machine is available as a bespoke piece. Pricing is based on the signature to be duplicated. For more information, visit www.jaquet-droz.com. Click below to watch Jaquet Droz’s official video demonstrating how the Signing Machine works.

END_OF_DOCUMENT_TOKEN_TO_BE_REPLACED 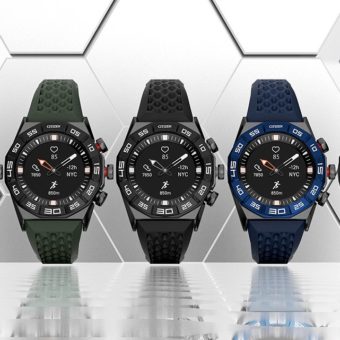