More so than any other consumer product, watches are intertwined with history. Whether it’s your grandfather’s Elgin pocket watch or Paul Newman’s Rolex Daytona that broke the record for most expensive wristwatch ever sold, it’s these relationships between time and personality that allow watches to retain a sort of indefinable sense of humanity on the wrist. Some brands embrace this ideological stance and put a focus on bridging the gap between historical perception and modern tastes, while others take the watch as an archival item onto itself and build it out with historically significant objects of the past. Is this taking it too far? Does adding a piece of the Titanic onto a watch provoke a moral quandary or make it more valuable? What about adding human blood onto a watch’s dial? What’s the limit to these “special-edition” timepieces? That’s up to you. 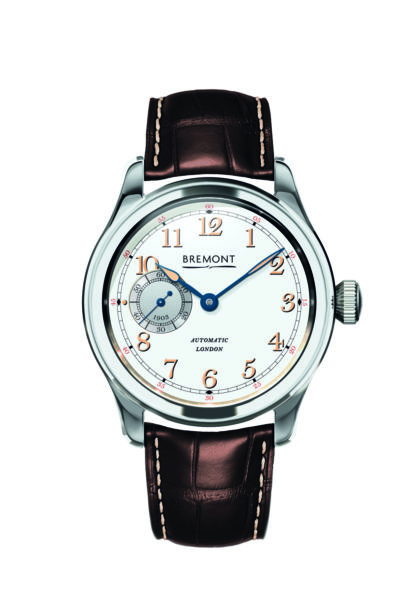 The most philanthropic of these sorts of watches is a line of timepieces utilizing melted down AK-47s taken from Africa. Founded in 2009, Fonderie 47 is now responsible for the destruction of over 55,000 assault rifles in Africa. The brand’s limited-edition timepiece, called the Inversion Principle, comes in white or rose gold and features jumping hours, retrograde minutes, and a three-minute tourbillon. Each watch funds the destruction of 1,000 rifles and you can actually see the serial number of the AK-47 from which the steel was wrought on the watch.

Meteorites, fossils, and even ultra-rare spirits have all found their way into Louis Moinet watches. Such is the case with the Whiskey Watch, a limited- run timepiece of just 50 models, each containing a drop of old Vatted Glenlivet 1862– the oldest whiskey in the world. Depending on your palate — or age for that matter — Louis Moinet’s Jurassic Tourbillon may be more appealing. The dial of the Jurassic Tourbillon is made entirely from the skeleton of a large herbivore related to the Diplodocus. The bone itself is not the brownish-eggshell you might expect from going on field trips to the Natural History Museum but instead a strong red-brown that has vein-like tracks running across the dial. Louis Moinet followed up the limited-to-12 Jurassic Tourbillon with the time-and-date only Jurassic Watch. 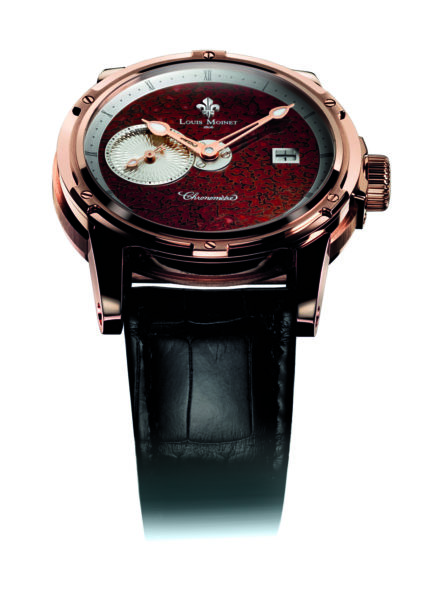 While Louis Moinet takes the title for oldest whiskey placed inside a watch, Armin Strom beats it by using the world’s longest-aged cognac in a timepiece. In 2016, the brand introduced the limited-edition Cognac Watch that included a drop of 1762 Gautier. A sealed sapphire crystal disk at 5 o’clock holds the rare cognac while an Armin Strom in-house caliber provides a five-day power reserve. The watch was limited to 40 different pieces when it was released in 2016 and came in three different case materials: stainless steel, 18k rose gold, and titanium. 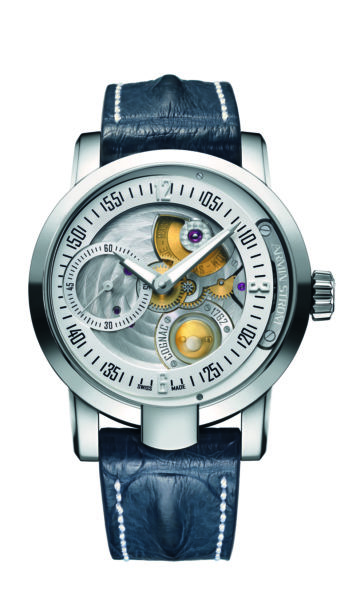 Ever since the Calypso sank in 1996 and its legendary owner, Jacques Cousteau, died the following year, its reconstruction has been marred by familial drama, a lack of funding, and total confusion about its future. In 2006, IWC Schaffhausen jumped into the funding mayhem with a chronograph that boasts a sliver of wood from the ship inlaid in the case- back. Each watch sold benefited the reconstruction of the ship to its former glory. Limited to 2,500 pieces when it was released over a decade ago, the watch has surely traversed as far as the original Calypso did during its 46 years of service to Cousteau.