One of the things that I enjoy so much about WatchTime, and why it was a very easy question for me when I was asked to join them, is that they cover the entire spectrum of watchmaking. While the most expensive and rarest watches often dominate the headlines, only a fraction of us can afford those. In my opinion, that’s okay, as we all need a dream watch, something to aspire to, but it is also okay because there are so many fantastic watches in between, at nearly any price point and with interesting stories to tell about them.

As a watch journalist, I have to admit that I am terribly spoiled. I have the privilege of being up close and personal with some of the most amazing watches ever made, and that even on a daily basis. I think that it is first and foremost the obligation of any watch journalist to remain as objective as possible, and therefor judge each watch on its own merits. Again, as Editor-at-Large, I have a privilege in this as well, as my position allows me to write only about those watches that I feel passionate about. This is also the keyword for the second (or shared first) most important thing a watch journalist needs to maintain, and that’s his or her passion. When these two elements are combined, you get in my opinion the right articles. They also open the door to the realisation that more expensive and better are terms that can go together but most certainly don’t have to.

Better is in the watchworld a dubious term to begin with, because what makes a watch better? Does it have to be more accurate? Does it have to have multiple complications? Does it need to be “manufacture”? I can just as easily make an argument for these points as against them. Also, “better” doesn’t automatically mean that it provides a more satisfactory experience. A while ago McLaren was kind enough to lend me a 720S, and boy, did I have fun in that car! But I also had a blast when a friend let me drive his Mazda MX5 (also known as Miata in different parts of the world).

While on opposite sides of the automotive spectrum, when you boil it down, McLaren and Mazda shared quite a few of the same goals. In the watch industry things are quite similar, meaning that we need, and fortunately have, cool Swatches and Seiko 5’s, but also Patek’s and Richard Mille’s and a whole world in between. Each of them has their own place and role in the market, something for which we need to respect and applaud them, for you in collecting and for us at WatchTime, in writing.

What is your most expensive and least expensive dream watch? Share it with us in the comments below.

No Responses to “Green Rambles: Watch Collecting isn’t About the Tiffany Blue Nautilus, It also Is”

END_OF_DOCUMENT_TOKEN_TO_BE_REPLACED 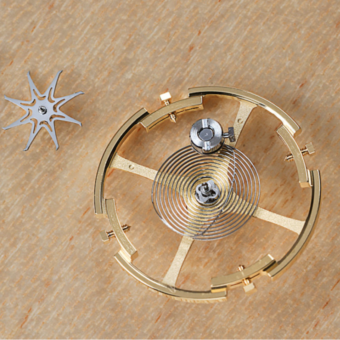