The most compelling release for Breguet this year is the Classique Tourbillon Extra-Plat Squelette 5395, a watch that combines the most emblematic of all Breguet inventions, the tourbillon, with a unique skeletonized dial architecture. The new watch takes the extra-thin, tourbillon-equipped Caliber 581 — a movement that has powered watches like last year’s Tourbillon Extra-Plat Automatique 5367 — and removes close to 50 percent of its normal material construction.

The emphasis placed on Caliber 581 as the overriding aesthetic of the watch is exactly what makes the new timepiece so visually compelling. The gold plate and bridges have been hollowed out so as to display the mechanical anatomy of the movement. Clous de Paris hobnailing was created on the remaining plates using a diamond-tipped guilloché procedure. The sharp edges were painstakingly chamfered by hand, using a file until a perfectly smooth and even 45-degree bevel was created. Significant engraving work was then carried out by hand for the different inscriptions as well as around the borders to frame the holes. The watch’s dial features applied indexes in blued gold.

Coming in at only 3 mm tall, automatic Caliber 581 features a rotor that has been placed on the movement’s periphery in order to remain as sylphlike as possible while providing an unobstructed view of the skeletonized movement. It offers 80 hours of running autonomy courtesy of the high-energy barrel that beats at 4 Hz. The tourbillon has undergone a redesign from its appearances in Ref. 5367 and 5377 with the titanium carriage engaging directly with the wheel train, not via the intermediary of a pinion at its base. Furthermore, the silicon escapement has been given a distinct angled shape, something that saves additional space.

The Breguet Classique Tourbillon Extra-Plat Squelette 5395 comes in either a rose gold case with a gray movement design or a platinum case with a rose movement. 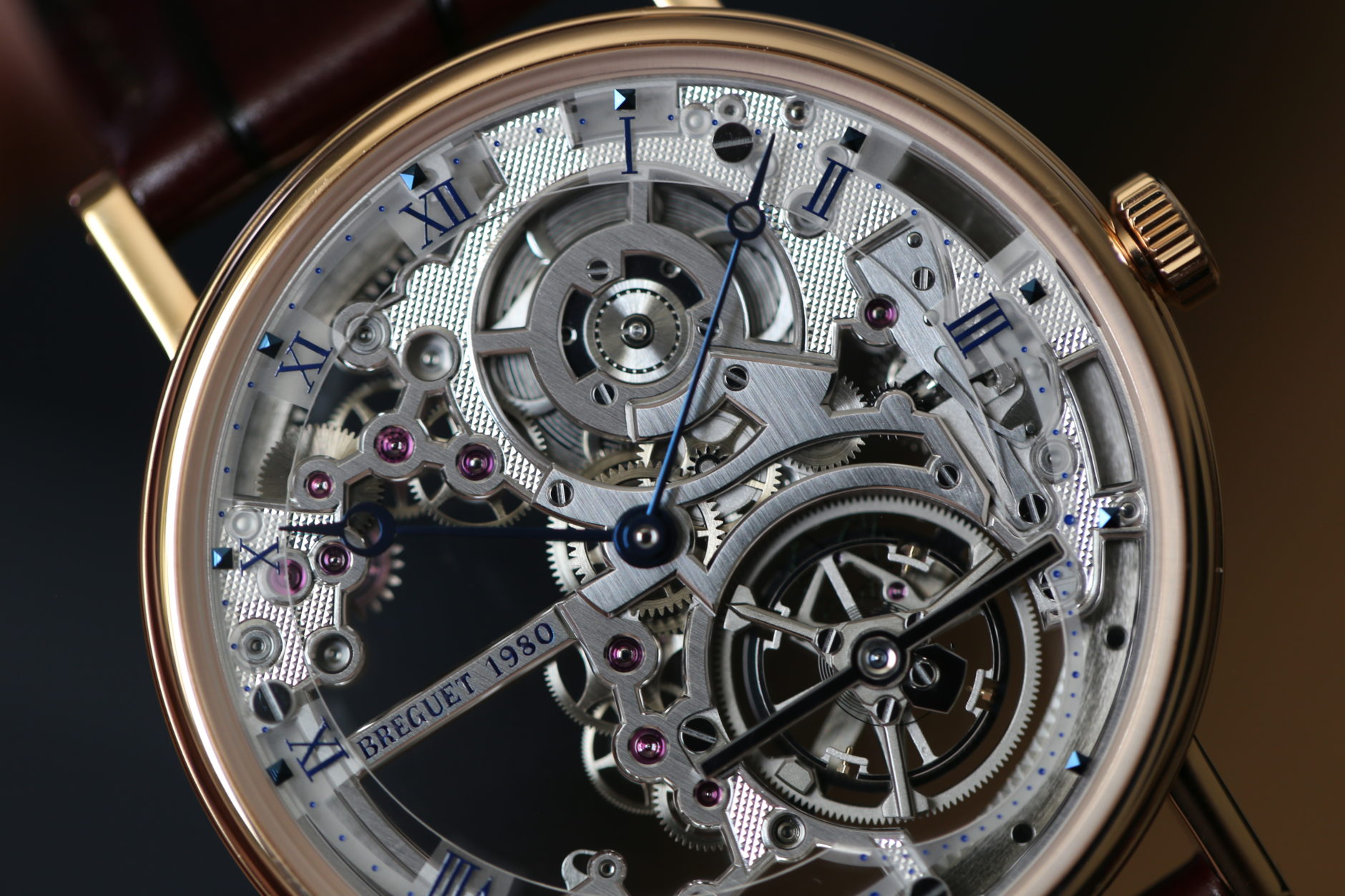 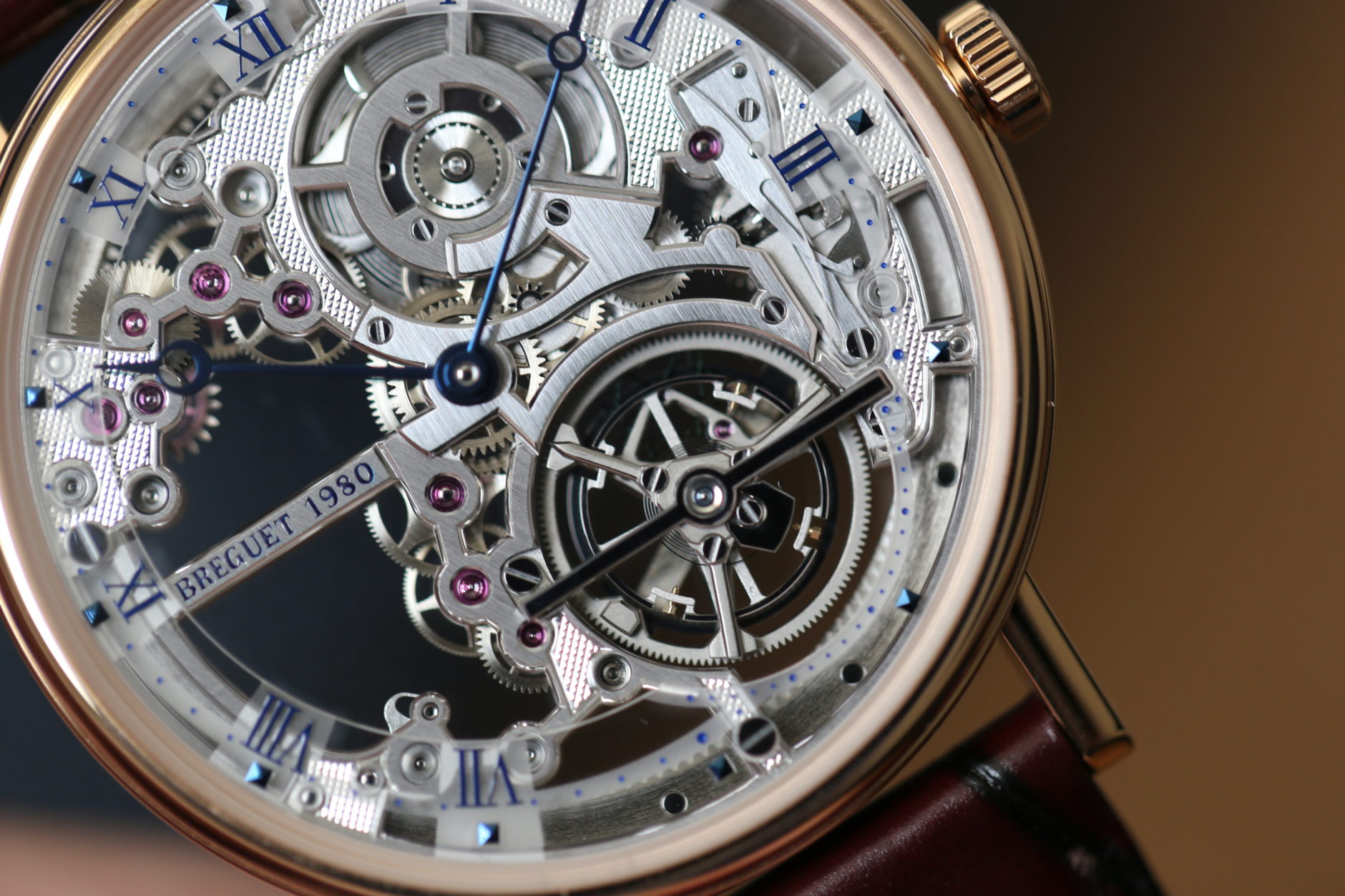 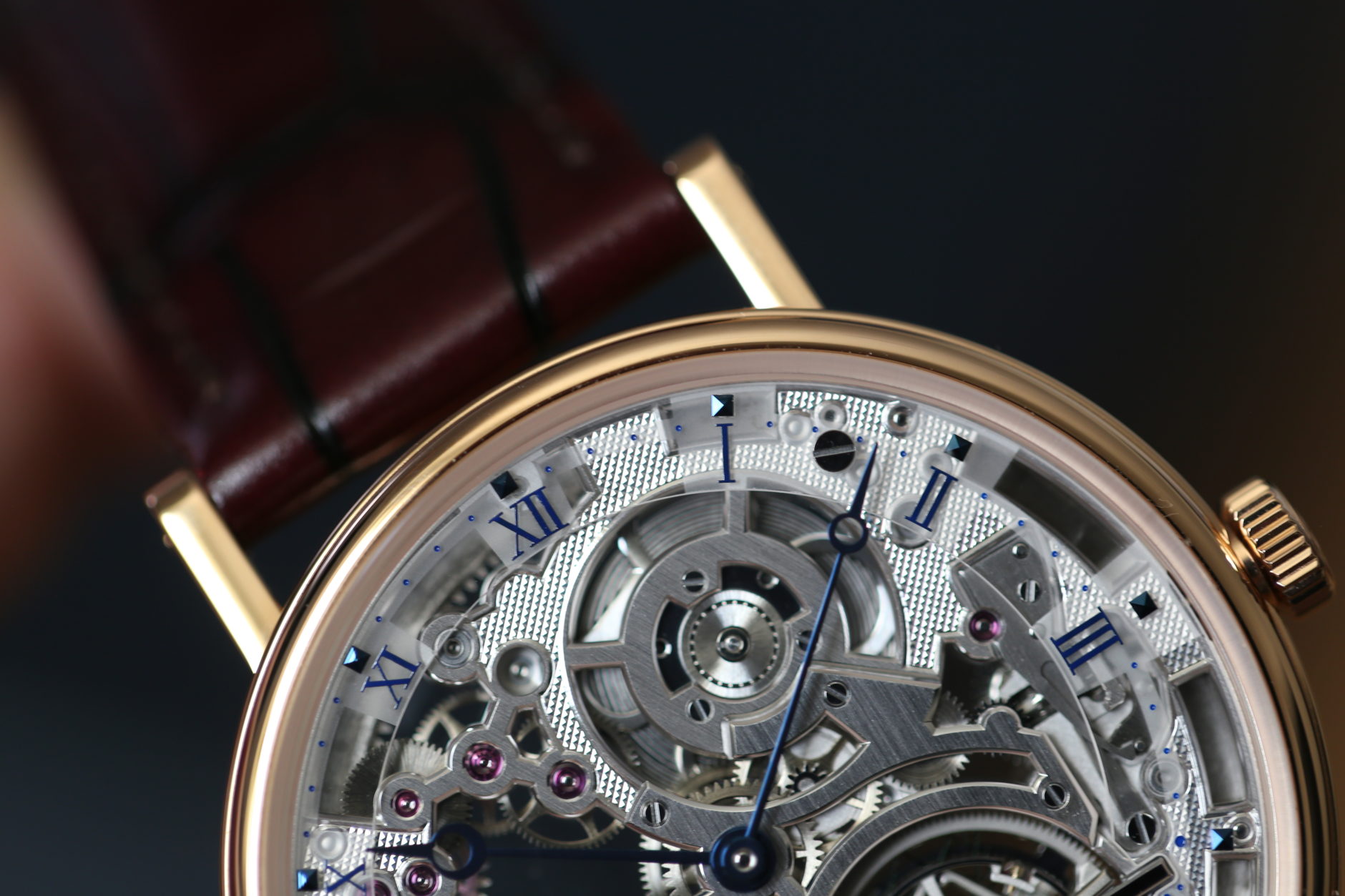 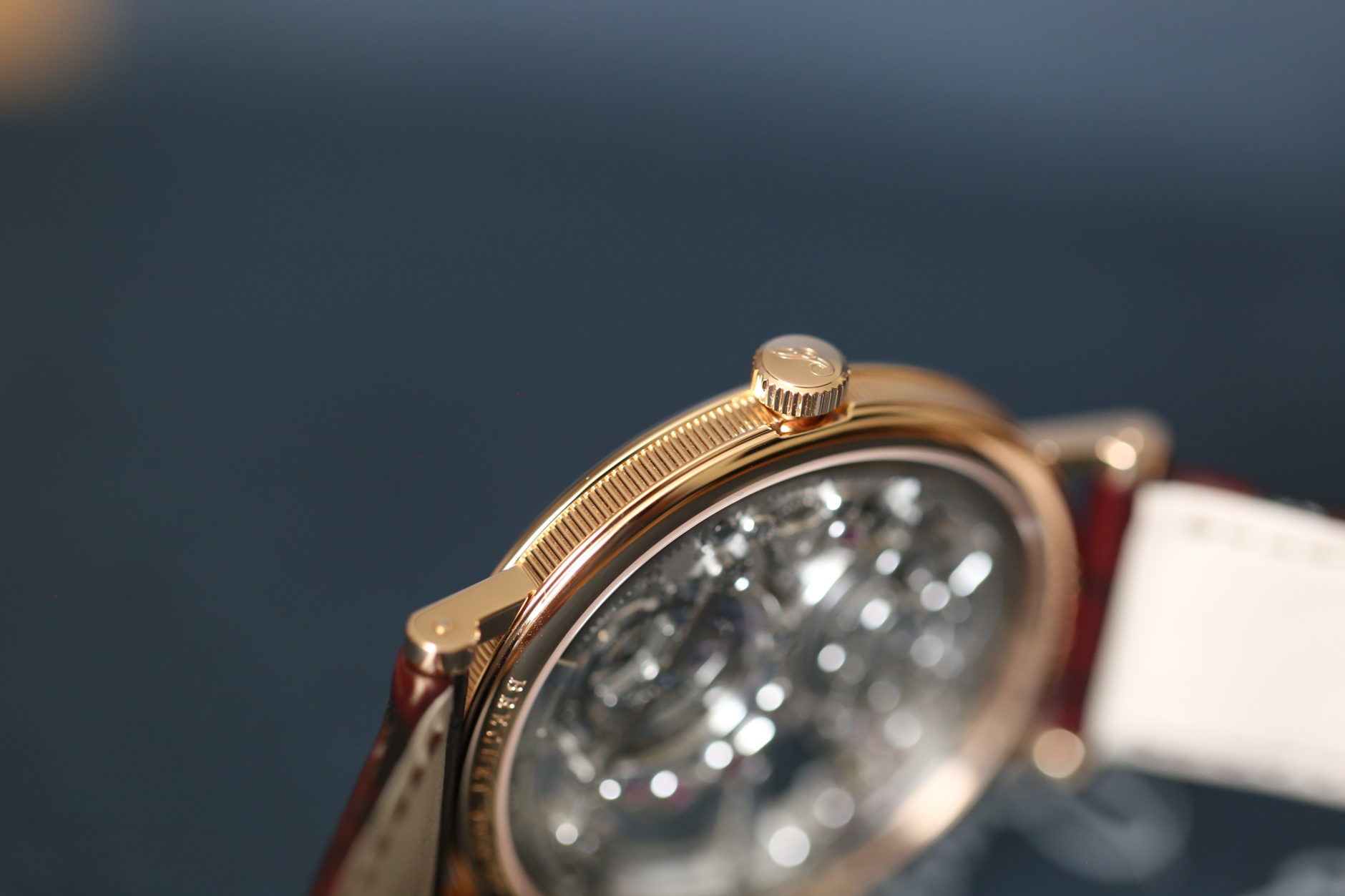 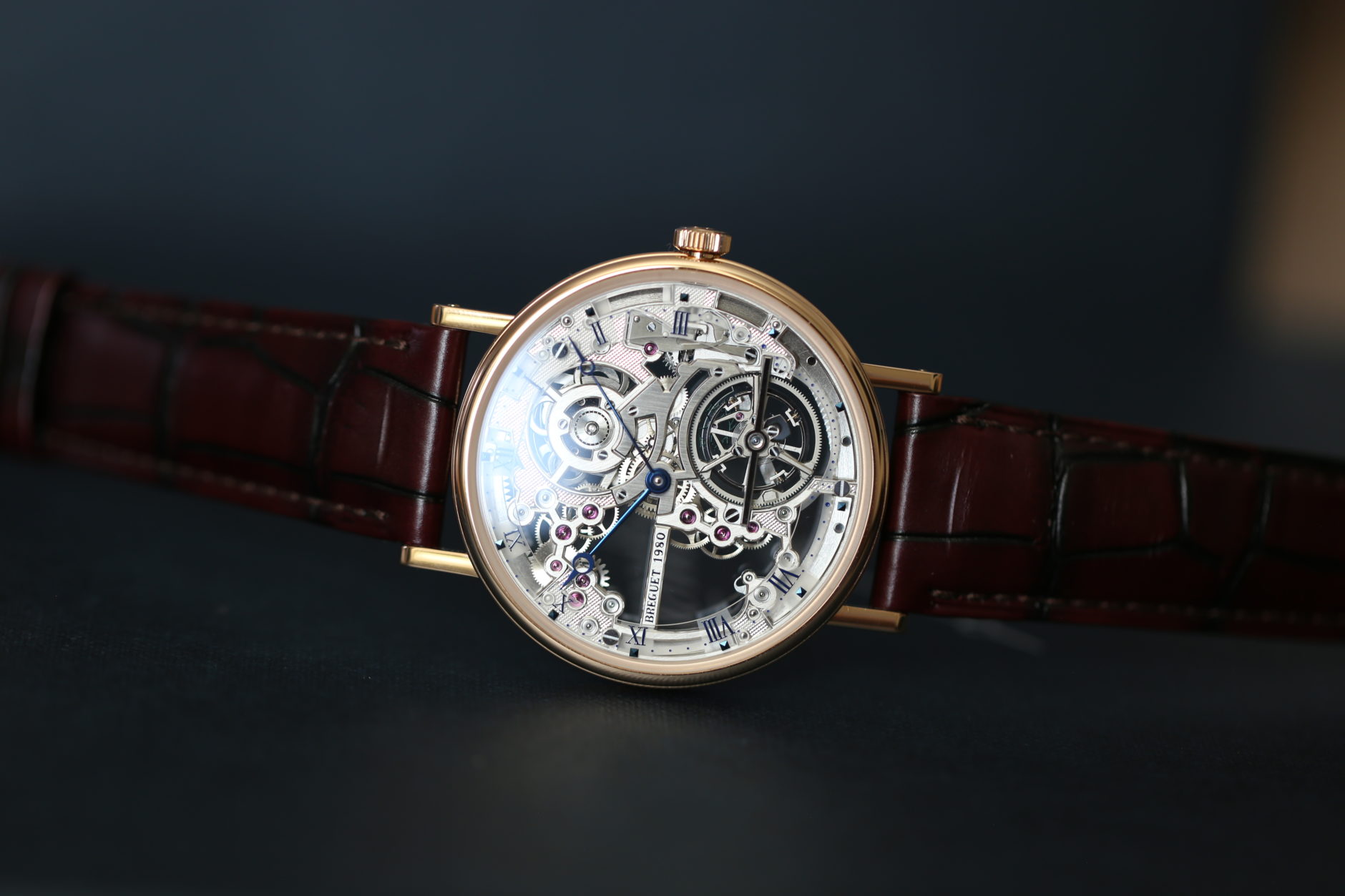 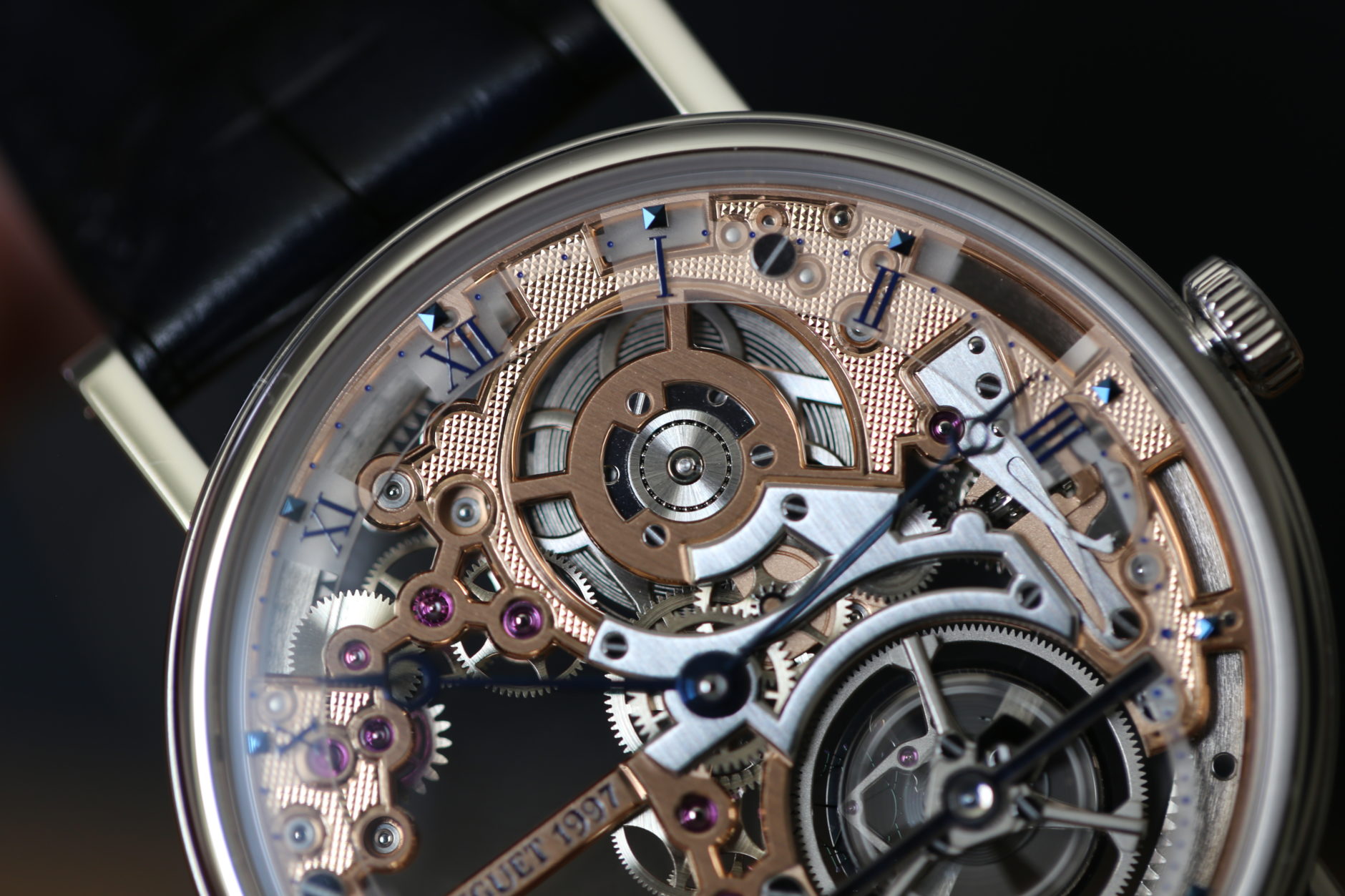 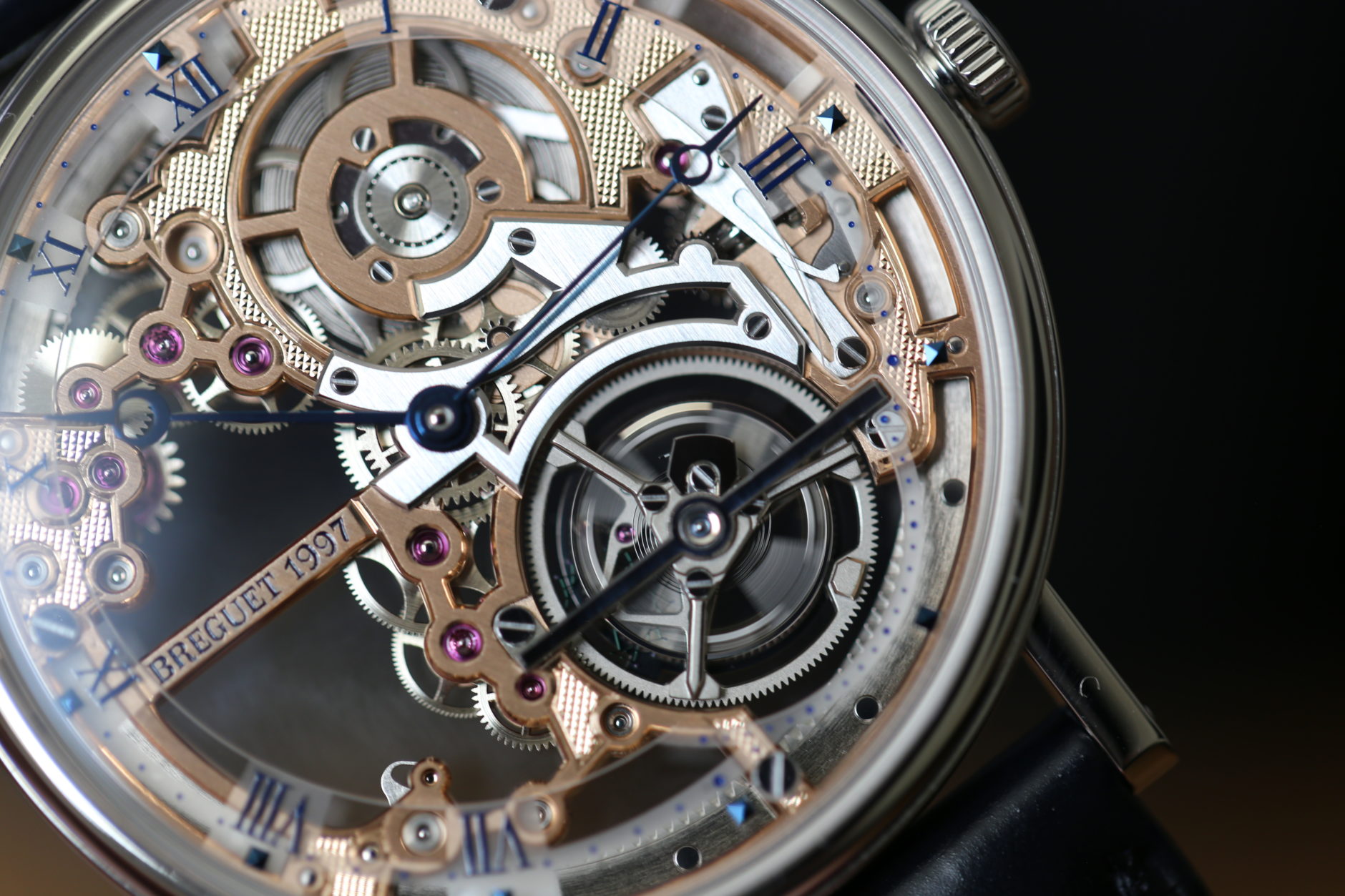 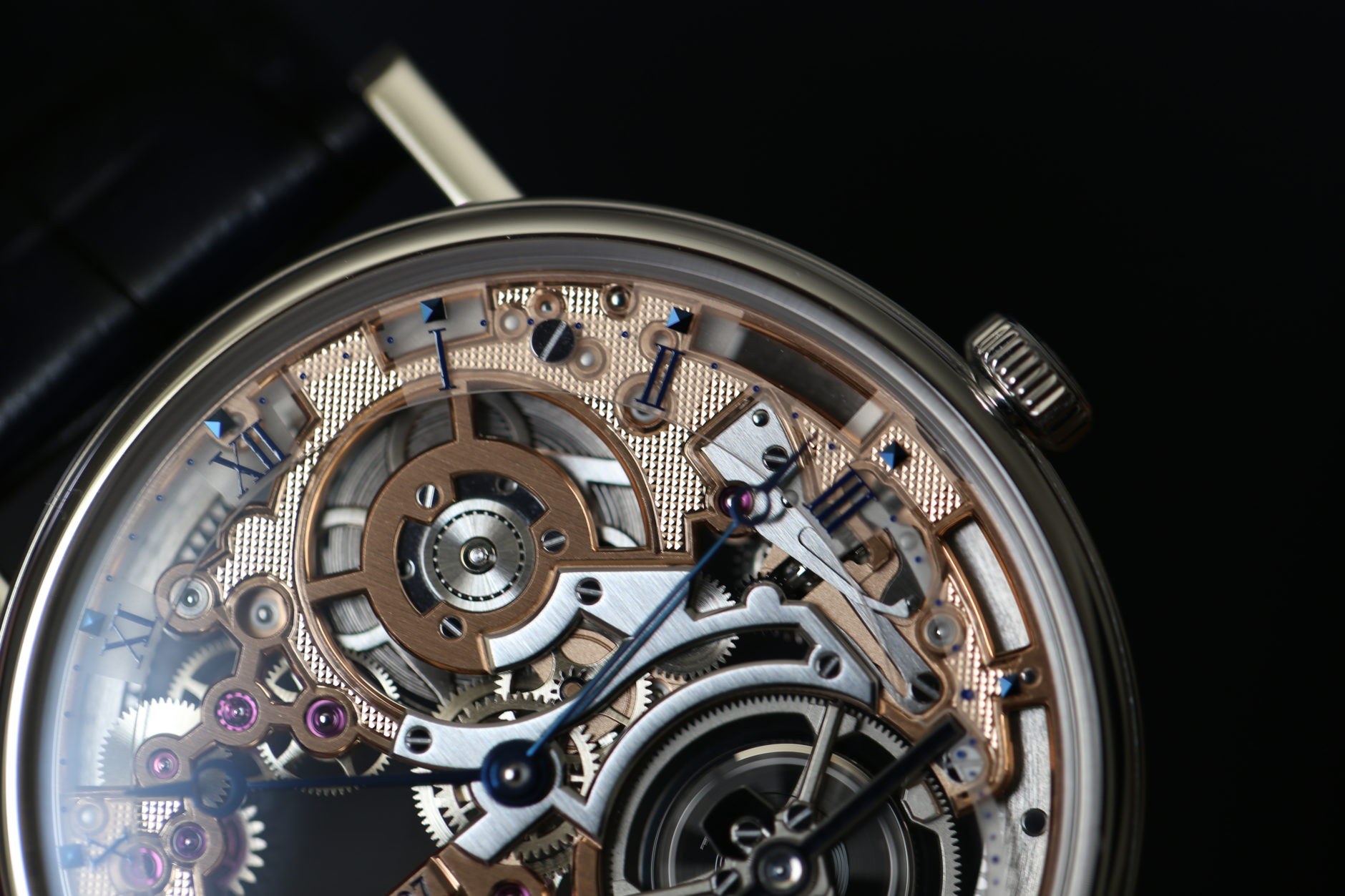 No Responses to “Happy Tourbillon Day! Here’s Another Look at the Breguet Classique Tourbillon Extra-Plat Squelette 5395”

Show all responses
Leave a Reply to Roger Bouvrie

END_OF_DOCUMENT_TOKEN_TO_BE_REPLACED 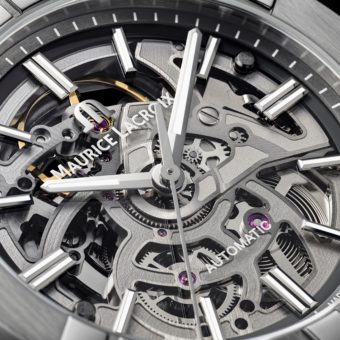