There should be no surprise that Longines released another attractive dive watch during Baselworld this year. After all, it was only a few years ago that the vintage-inspired Legend Diver captivated social media and the horological blogosphere as a whole. Going even further back, the HydroConquest has had a steady presence in the brand’s catalog for over a decade. Despite those hits, it was still with some shock that my colleagues and I came across the Longines Heritage Skin Diver during this year’s fair. While the Longines Legend Diver was directly inspired by a line of watches from the 1960s, the new Heritage Skin Diver looks to take its design inspiration even further into the past — to the late-1950s, to be exact.

There isn’t much information currently out there about this new timepiece but after going hands-on with it during the fair, we do have some details to share. As you can tell from the above ad, the design of this new watch is strikingly similar, with the ratcheted bezel, hands, and Arabic numerals all identical to its 1958 forebear. Even the winged hourglass logo underneath 12 o’clock and the cursive “Automatic” script above 6 o’clock appear to be indistinguishable from the original model. 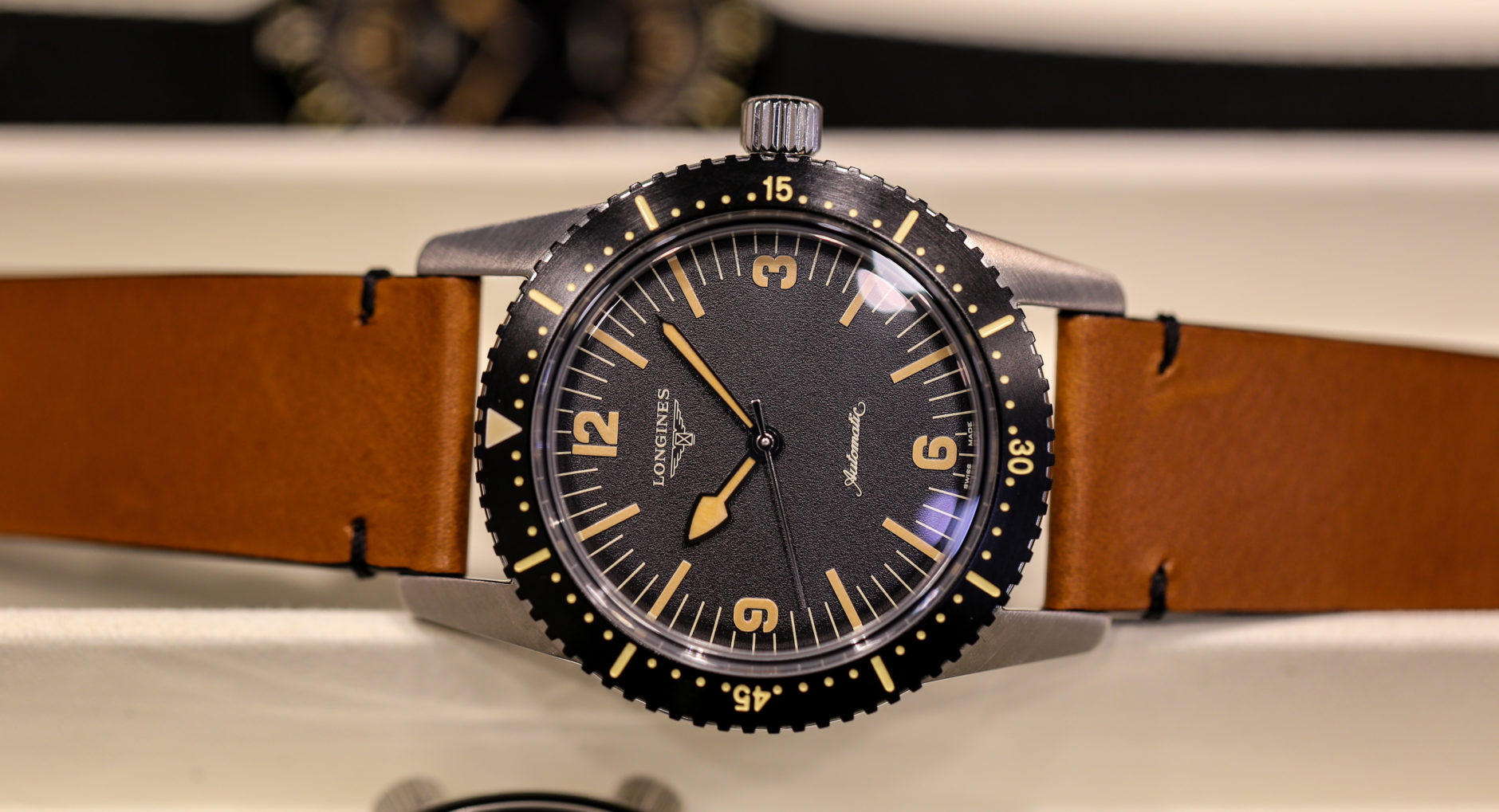 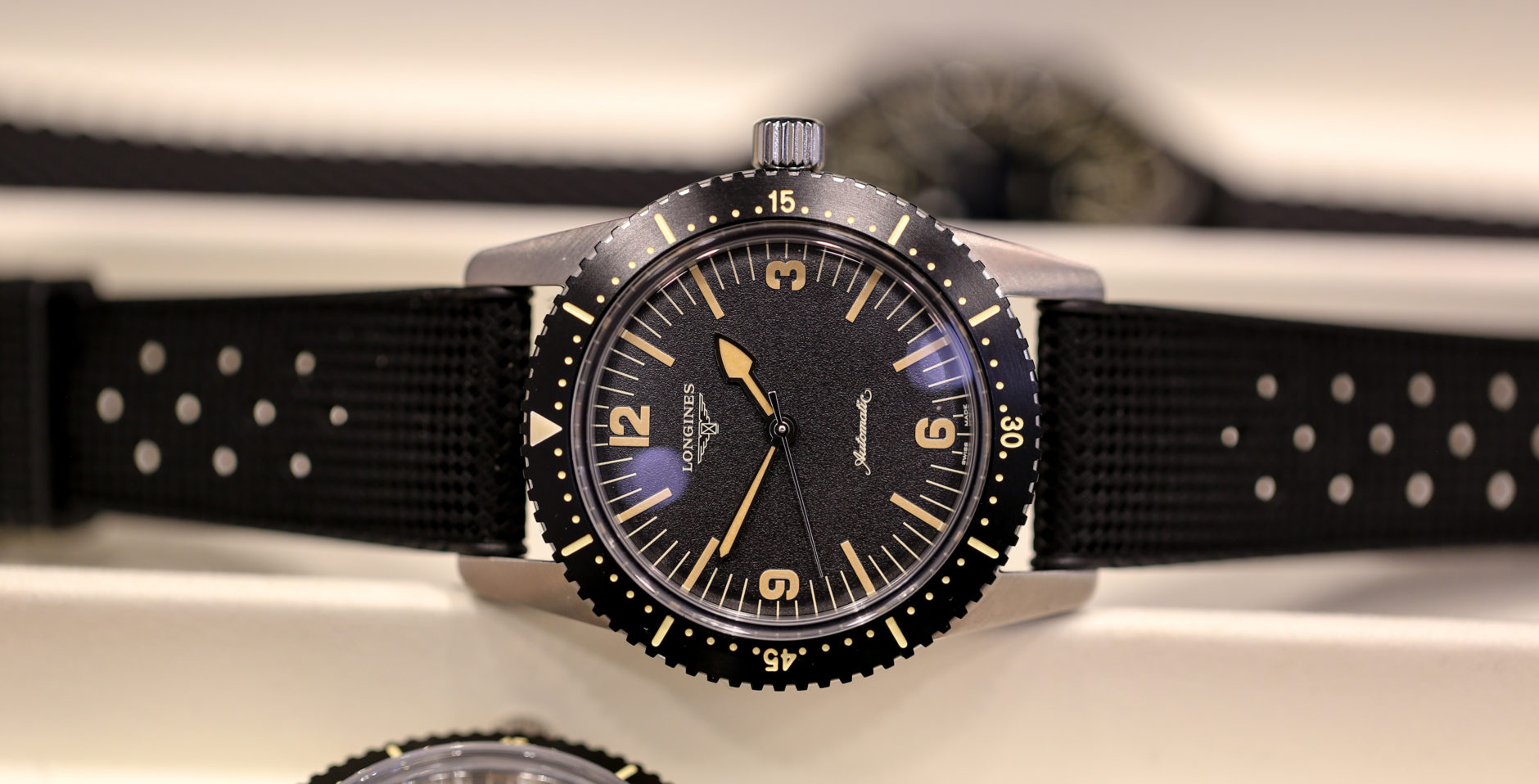 What’s new, however, is the size of the watch and the movement inside. The Heritage Skin Diver hits that nice zone at 42 mm where the watch is still inherently wearable but has some definite presence on the wrist. Inside is the trustworthy L619/888 movement that can be found in various HydroConquest models and is water resistant to 300 m. The case is made of stainless steel and the sapphire crystal features several layers of anti-reflective coating.

It’s also worth noting that it’s a time-only model; Longines thankfully decided to avoid the ire of vintage dive purists by not including a date. The Heritage Skin Diver comes with the choice of three different strap/bracelet options: a brown leather strap with buckle, a stainless steel bracelet with a triple safety folding clasp and push-piece opening mechanism, or a black rubber strap with buckle.

All in all, this is an extremely attractive vintage-inspired diver from Longines to go along with an already strong and heritage-focused year for the brand. Not only was this new range launched, but the Longines Legend Diver collection was expanded to include an all-black option and four new 36 mm options for women. The brand also introduced a new Heritage Military timepiece that made waves during the fair for its no-watch-is-identical speckled dial. Check it out below. 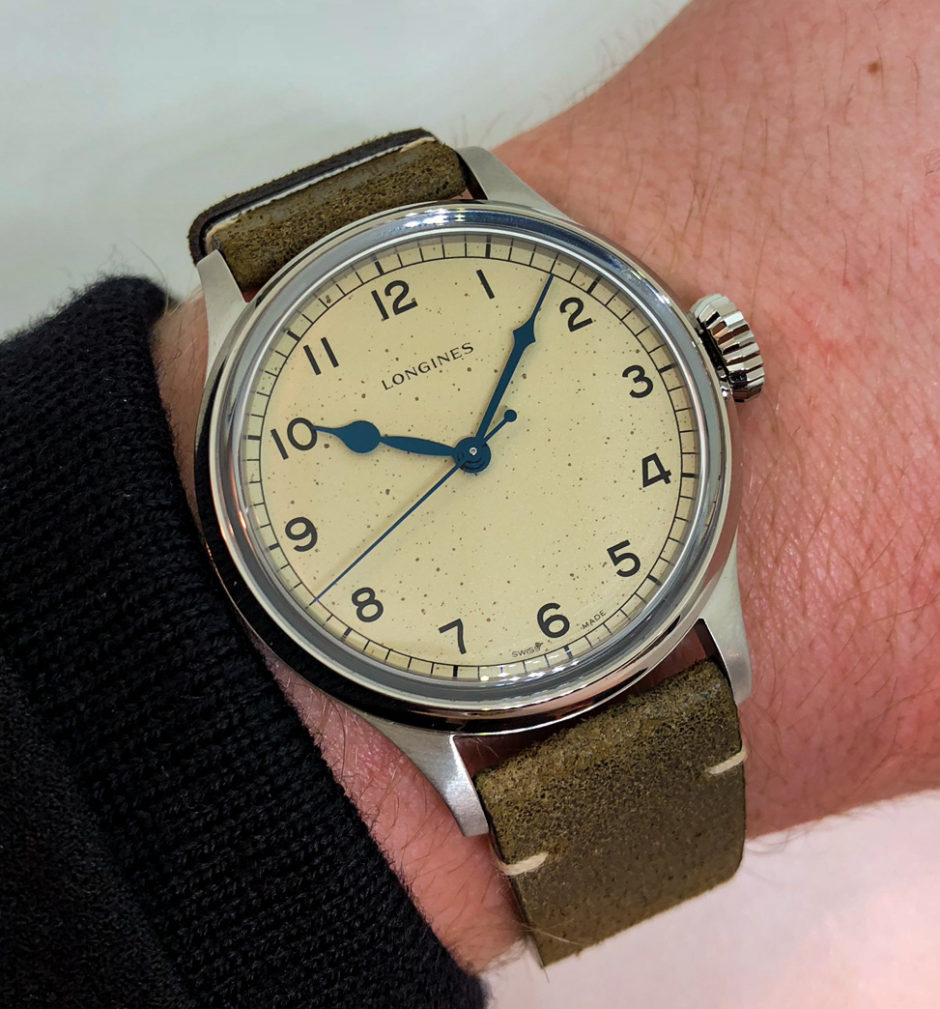 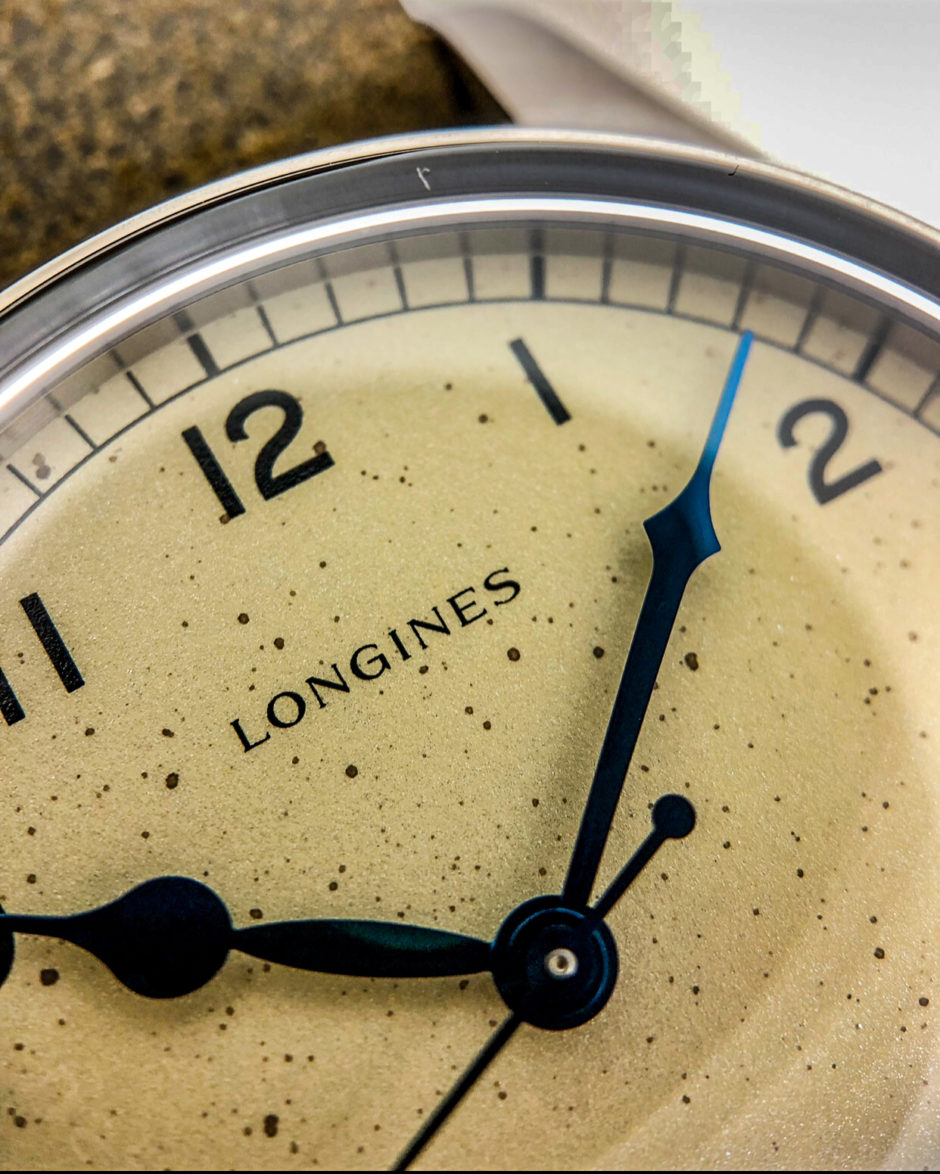 The Longines Heritage Skin Diver will be released this fall and all three models are priced at $2,600.

No Responses to “Showing Skin: A New Vintage-Inspired Dive Watch from Longines”

END_OF_DOCUMENT_TOKEN_TO_BE_REPLACED 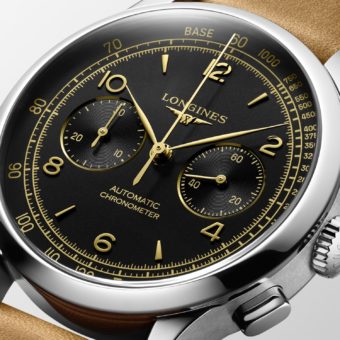