Fiona Krüger, a young Scottish artist, has earned recognition from the Swiss watch world – and earned it, oddly enough, with skull watches. What better subject to tackle on Halloween? Excerpted from the upcoming WatchTime Special Design Issue 2018, here’s our conversation with Krüger, in which she reveals what inspired her distinctive motif and how she views her place in the watch industry.

INSPIRED BY THE SKULL
Several sources of inspiration in my life history contributed to my fascination with the skull motif. I had studied visual art in Edinburgh before I came to design in Switzerland. I knew nothing about watches at the time. My interest began in the context of my master class in Lausanne. We visited Audemars Piguet’s ateliers and the Patek Philippe Museum, where I fell in love with timepieces, especially the ones in the historical collection. I realized that a timepiece needn’t be round and flat, but could be given almost any shape. I discovered that the skull motif had played an important role in the history of watchmaking. Skulls and skeletons were frequently used, especially in 16th-century ladies’ pocketwatches, which were often shaped like three-dimensional skulls. For me, the skull was a universally recognizable symbol. There’s also a very personal source: I spent three years in Mexico as a child and I vividly recall the skull symbolism of the Día de los Muertos.

A NEWCOMER TO THE SWISS WATCH INDUSTRY
I wasn’t what the people in the watch world expected. I’m Scottish, not Swiss. I was a young woman, just 25 years old, and my project was very unconventional. The people in the Swiss watch industry wanted to be sure I was serious about my concept. They asked me very pointed questions and my answers convinced them that  I knew what I was talking about. On the one hand, I think it helped that I was honest. Another decisive factor was that I was looking for partners, not suppliers: 50 to 70 percent of my designs are my own brainchildren; the rest are developed in dialogue with my partners. I see what my partners can do especially well and I specifically highlight that in my watches. 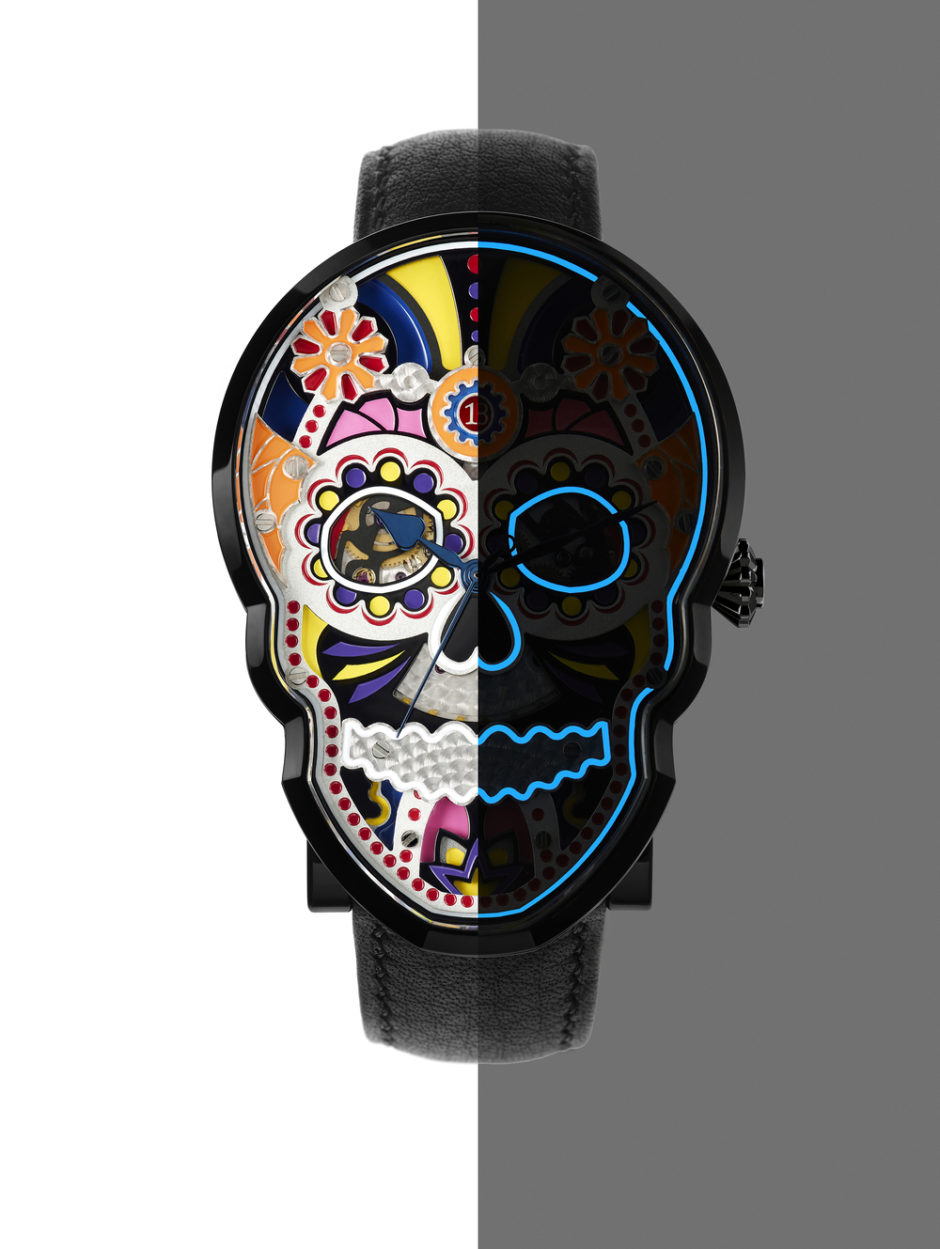 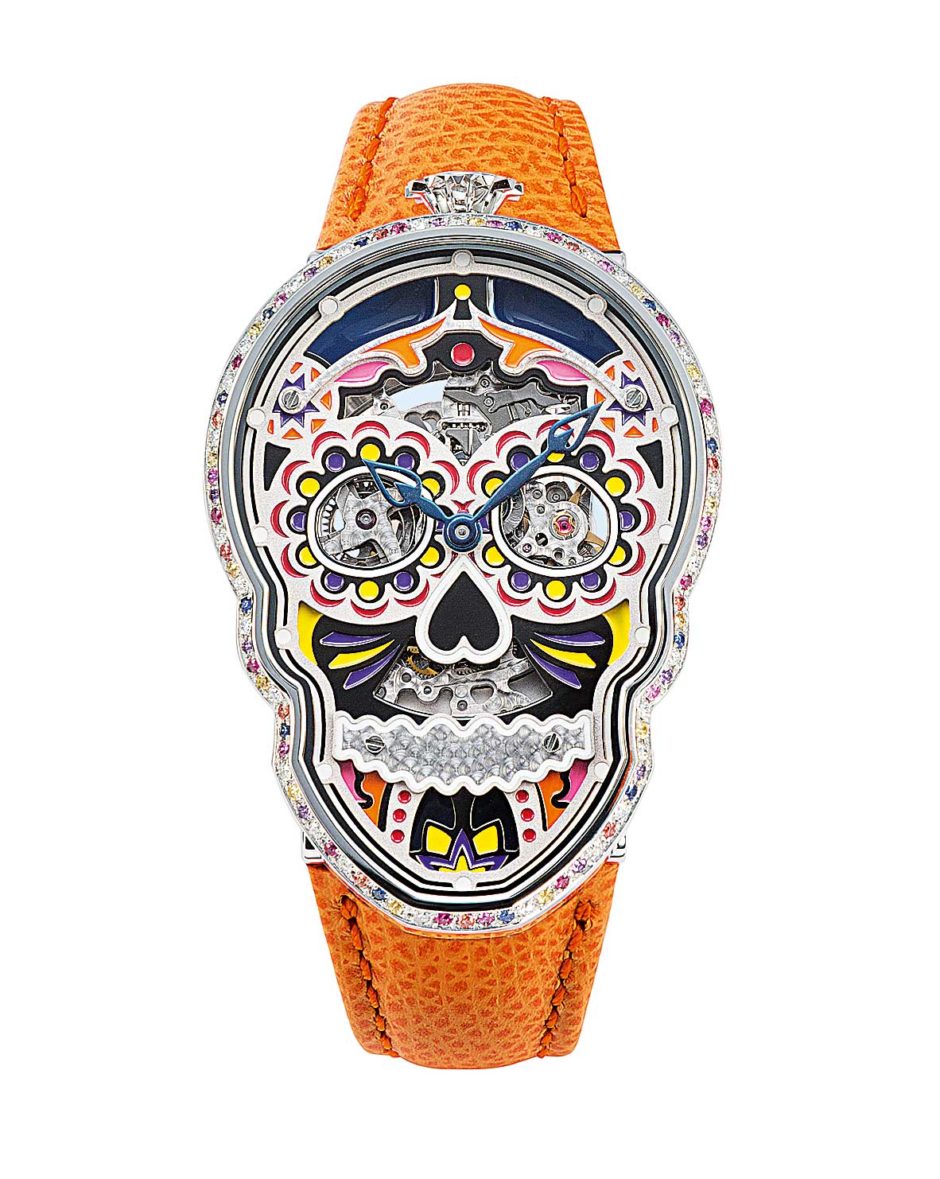 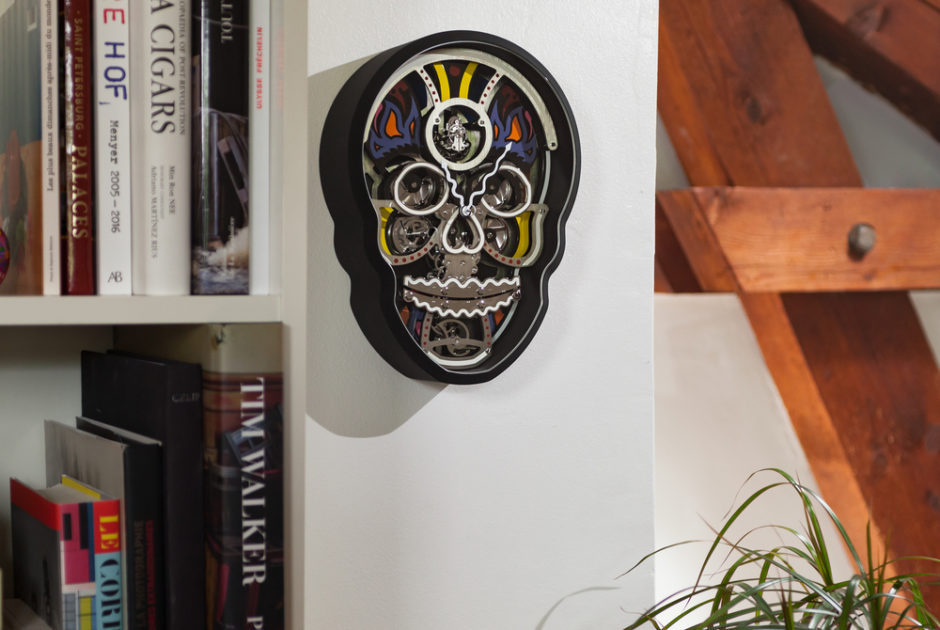 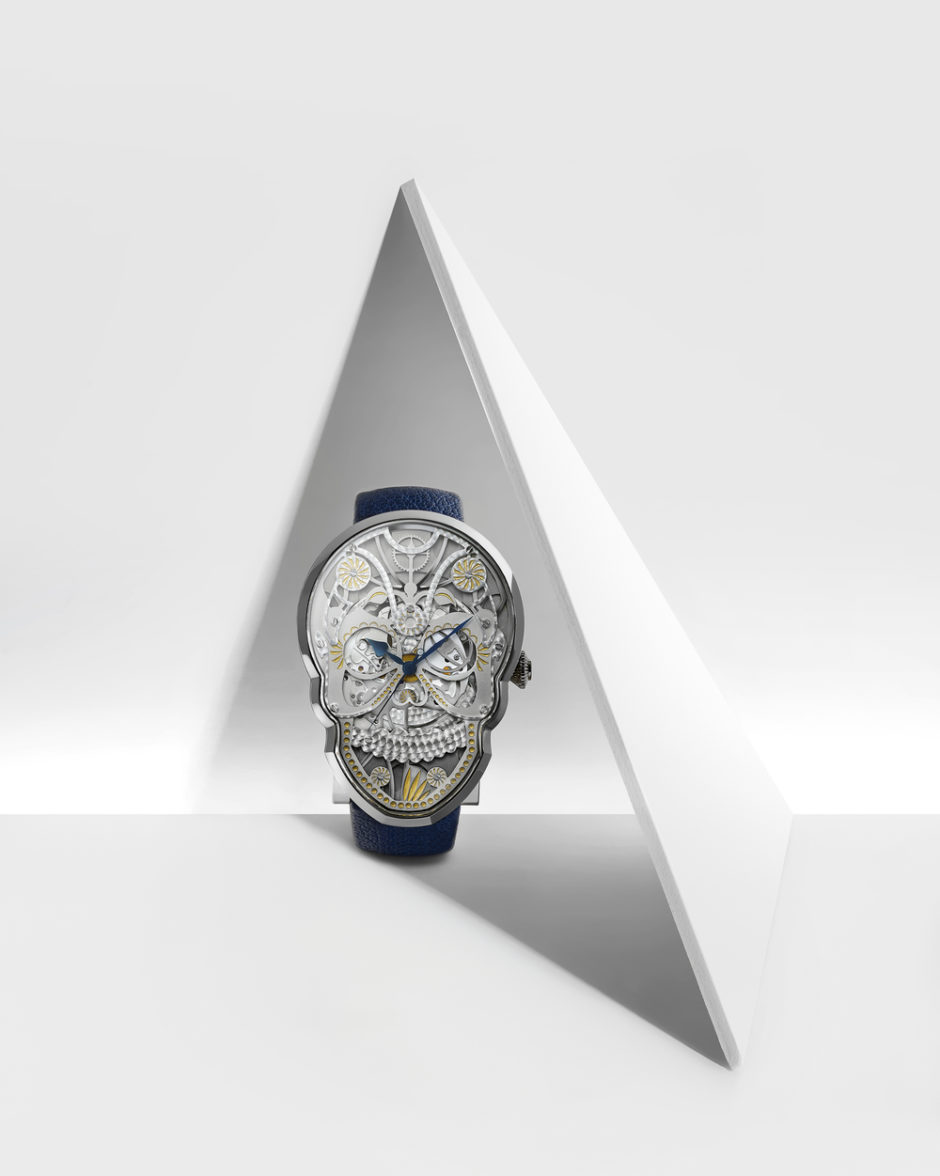 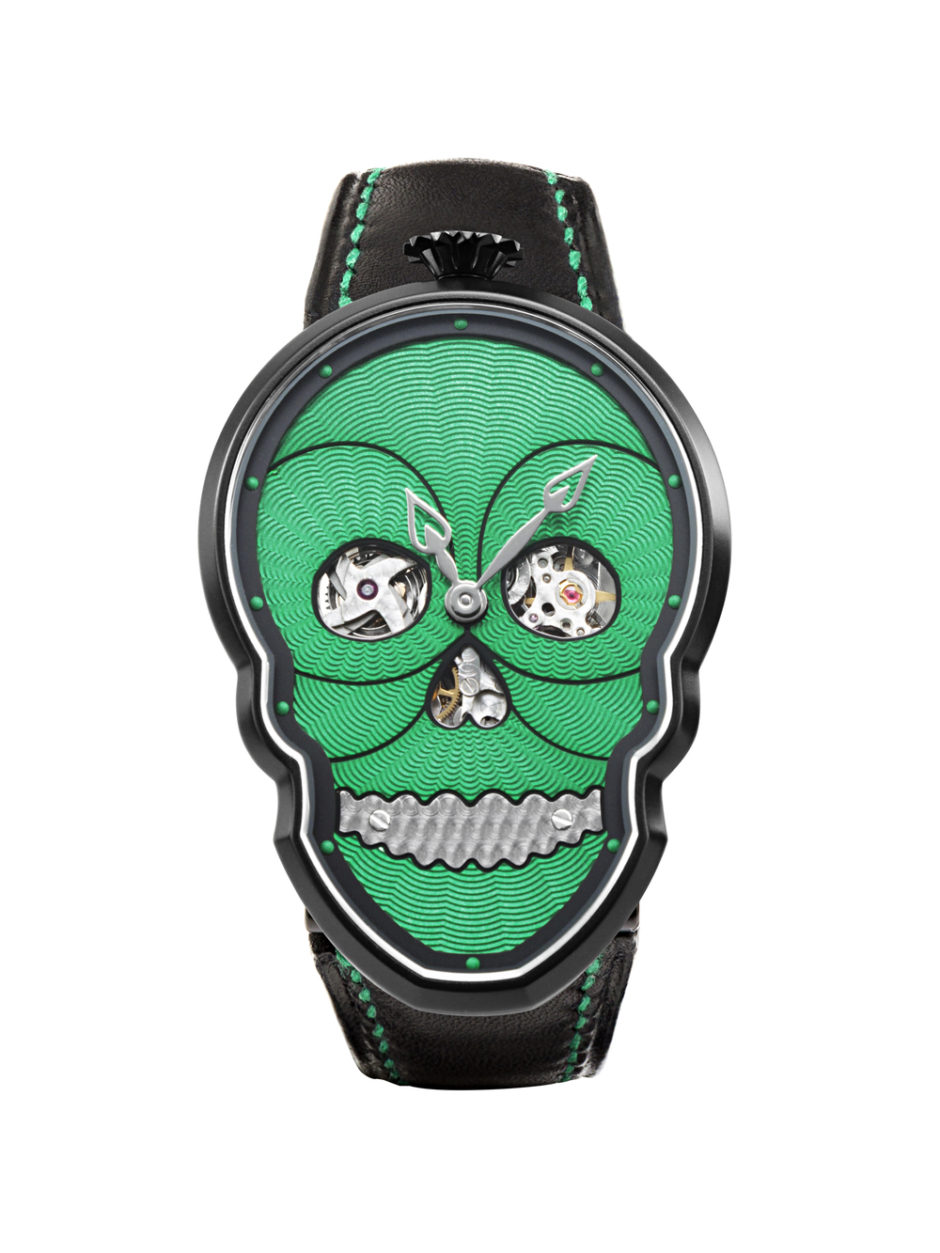 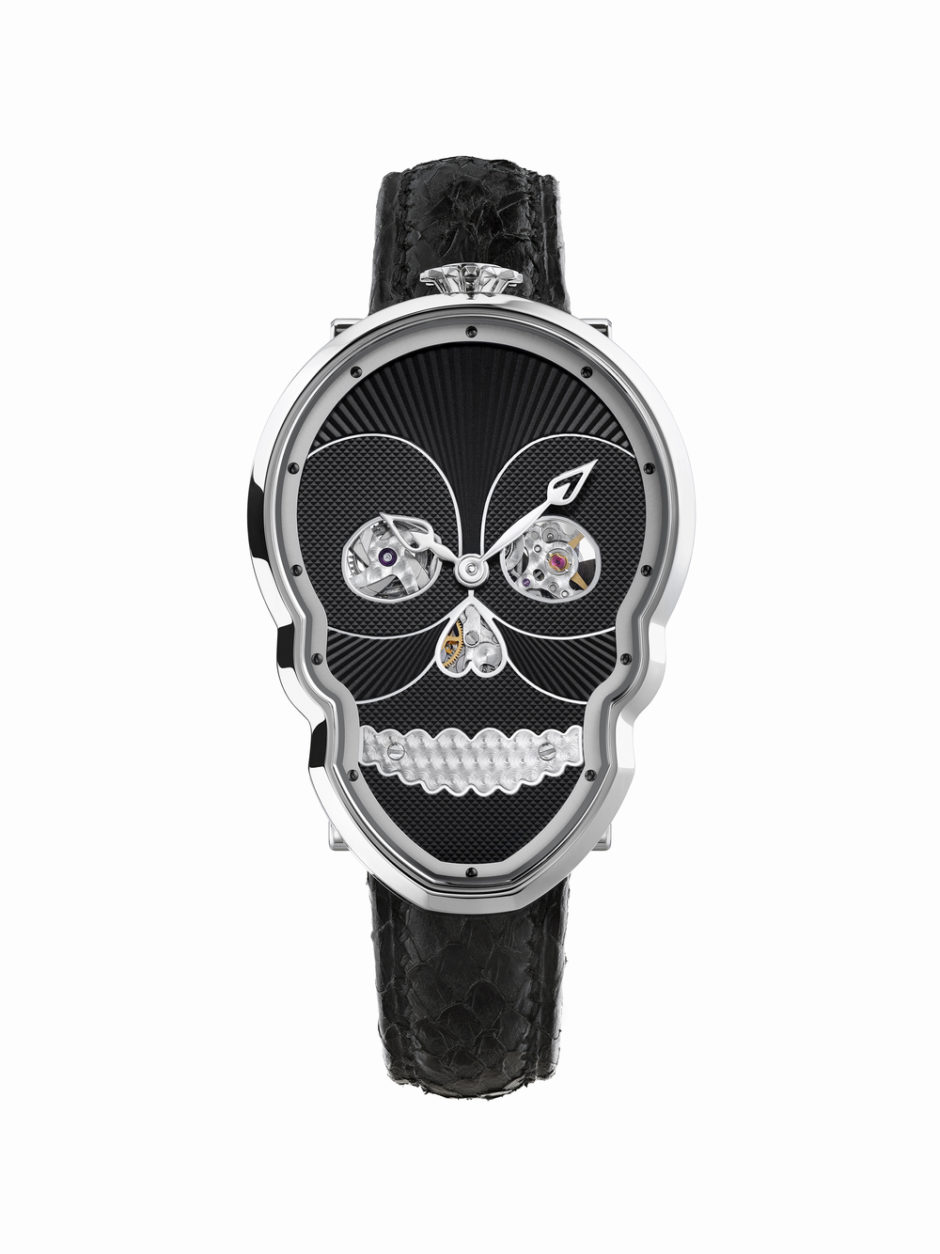 BETWEEN MECHANISMS AND AESTHETICS
A design makes no sense for me unless the mechanical part and the aesthetic aspect interplay. The Petit Skull is a good example: I searched for a small movement and when I found the skeletonized caliber at Soprod, I suddenly saw two eyes in it, which I integrated into my design. This watch wouldn’t look so alive if it encased any other movement. It’s like a marriage between the two aspects.

AN ARTIST WHO MAKES WATCHES
Of course, our watches are expensive, high-end, and built with plenty of hand craftsmanship. But their greatest distinguishing feature is the artistic element, which owes its existence to my background. I think about a watch the way an artist thinks. That’s the key to our brand identity. I believe we are a kind of hybrid. Although we offer all the details that watch collectors are looking for, we also appeal to buyers who are only marginally interested in watches but passionate about art and design.

FUTURE PLANS
Next year I plan to show the first piece in my brand’s second collection that has nothing to do with skulls. I expect there’ll be three to five product lines in the future and each will have a very strong concept all its own.

You can purchase the 2017 design issue when it goes on sale next month here.