TAG Heuer’s extended 50th anniversary celebration of its iconic Monaco model rolled into New York last night, with the high-profile launch of the third of five limited-edition Monaco timepieces at Cipriani Wall Street. Continuing the “decade by decade” theme of its two predecessors, the Monaco 1989-1999 Limited Edition applies stylistic influences and design codes from the 1990s to the template of the classical 1969 chronograph. 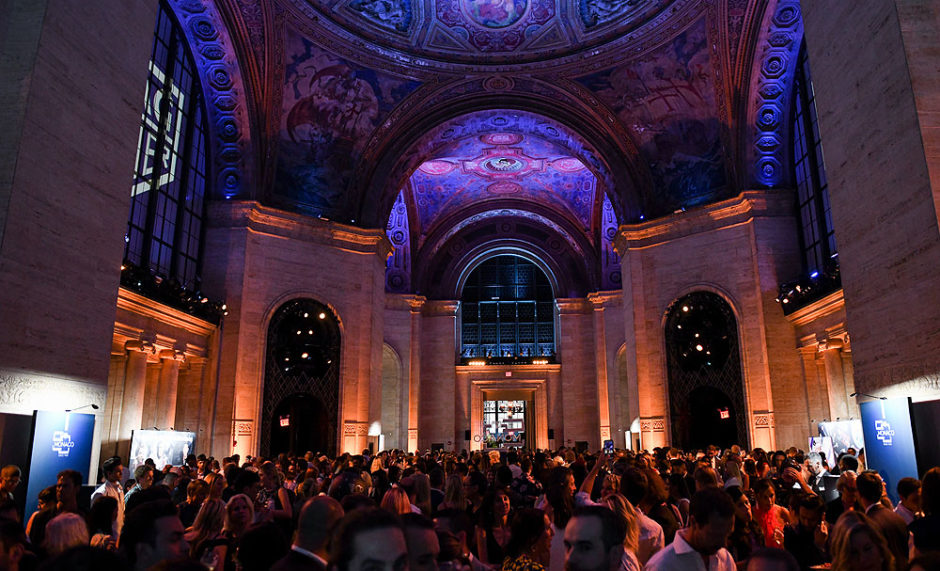 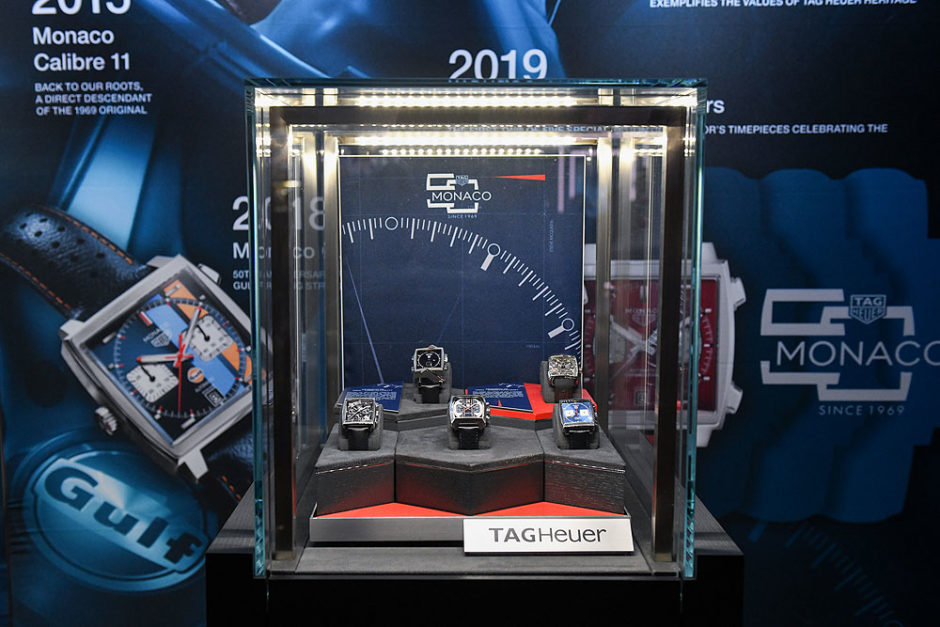 A selection of past and present Monaco models was on display.
2/3 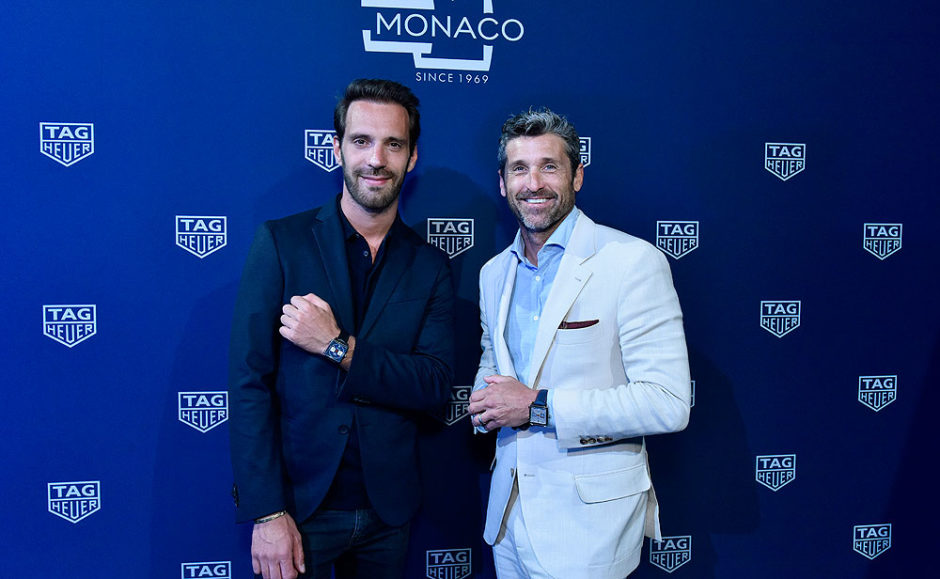 The watch follows up the first anniversary edition’s 1970s vibe and the second one’s colorful tribute to the go-go ’80s with an industrial, steely, “street” design evocative of the decade of tech booms and grunge. The gray dial is grained and rhodium-plated, with blue scales around the characteristic squared subdials, which have a sandblasted finish. Red details, such as the central chronograph seconds hand, the tips of the hour and minute hands, and the hour indices, add depth and contrast. All the other elements of the original Monaco — introduced in 1969 and notable for its introduction of the first water-resistant square case and for housing one of the watch industry’s very first self-winding chronograph movements — are present in this special edition: the four-sided 39-mm steel case, the date window at 6 o’clock, the unconventional placement of the crown (left) and pushers (right), even the vintage-look, historically accurate “Monaco Heuer” logo (rather than the modern TAG Heuer logo) at 12 o’clock.

Inside that angular, readily recognizable case is TAG Heuer’s Caliber 11, the modern descendant of the groundbreaking movement that powered the 1969 Monaco. The automatic winding, chronograph-equipped movement, with a rapid date correction function and a 40-hour power reserve, is shielded by a solid steel caseback enhanced with vertical and circular brushed patterns and, in the manner of its predecessors in this anniversary collection, sporting an engraved inscription proclaiming it the “1989-1999 Special Edition” and “One of 169.”

The 1970s edition was unveiled at the Monaco Grand Prix, the 1980s model in Le Mans, the city that lent its name to the auto-racing film in which Steve McQueen helped make the Monaco famous. The motorsports theme of the anniversary launches continued with the 1990s model, whose New York City debut coincided with the kickoff of Formula E Championship races, held July 13-14 in Red Hook, Brooklyn. The TAG Heuer Monaco 1989-1999 Limited Edition comes on a perforated calf leather strap that continues the dial’s ’90s aesthetic with its dark blue color and red contrast stitching. Limited to 169 pieces, like its previously introduced brethren, the watch will retail for $6,550.

No Responses to “Bring On the Nineties: TAG Heuer Launches Its Third Monaco Limited Edition”