A. Lange & Söhne’s 1815 Tourbillon — introduced into the collection in 2014 and offered in a special Handwerkskunst edition the following year — is notable for combining two patented precision-keeping innovations: the zero-reset mechanism first introduced in 1997’s Langematik model and the stop-seconds function that debuted in 2008’s Cabaret Tourbillon. This week, the Saxon manufacture released a new limited edition of the pioneering timepiece with a new white enamel dial.

The watch is limited to 100 pieces, each in a numbered platinum case measuring 39.5 mm in diameter and 11.3 mm thick — a smidgen thicker than the original 1815 Tourbillon due to the different dial material (gold in the original, copper with enamel coating in the new model). The white enamel dial, whose crafting requires more than 30 manual processes, has the classically understated design of the 1815 collection — blued steel hands, elegant Arabic numerals, a railway-style minute track — made exceptional by the addition of a large aperture at 6 o’clock, where a one-minute tourbillon cage rotates on its axis, suspended by a black polished bridge. The numerals are black except for the separately printed, red-fired numeral 12 — a nod to the historical pocketwatches that inspired this collection’s design.

Inside the case, and accessible to the admiring eye through a sapphire caseback, is a manufacture movement, the manual-wound Caliber L102.1, graced with numerous hand-applied, decorative finishes and elements of traditional Saxon watchmaking. The three-quarter mainplate, made of untreated German silver, is elegantly curved and cut out in a manner that enables the tourbillon to be viewed from both sides of the movement and also allows views of the spring barrel and parts of the wheel train. The Caliber’s 262 components include 20 jewels, one of which is the diamond endstone for the tourbillon, set in a screwed gold chaton on the fourth-wheel bridge. Fully wound, the movement will run for 72 hours.

The A. Lange & Söhne 1815 Tourbillon with white enamel dial is mounted on a hand-stitched black alligator strap with a large deployant buckle made of the same solid platinum as the case. The price is $197,200. 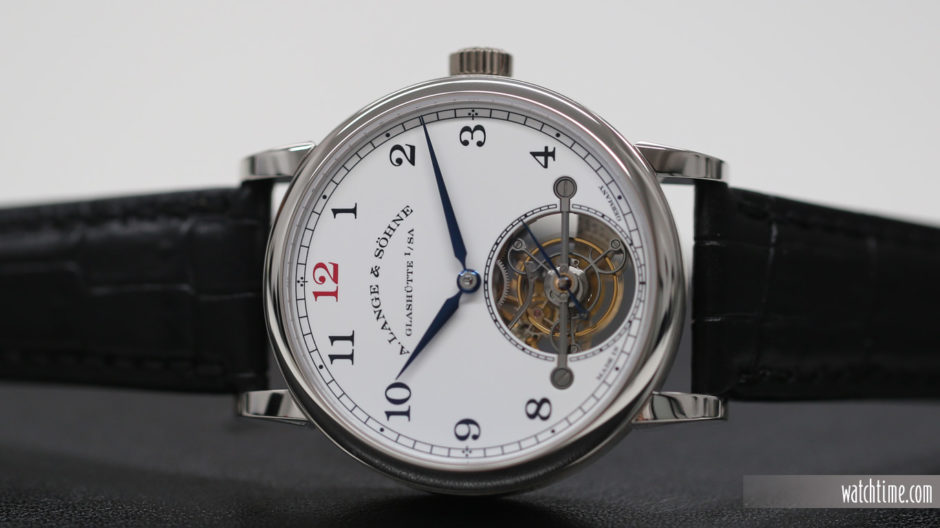 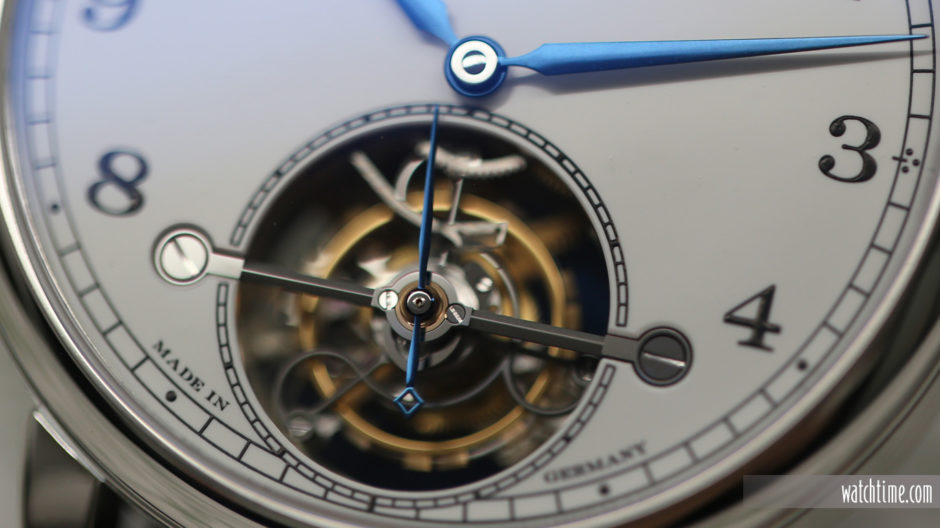 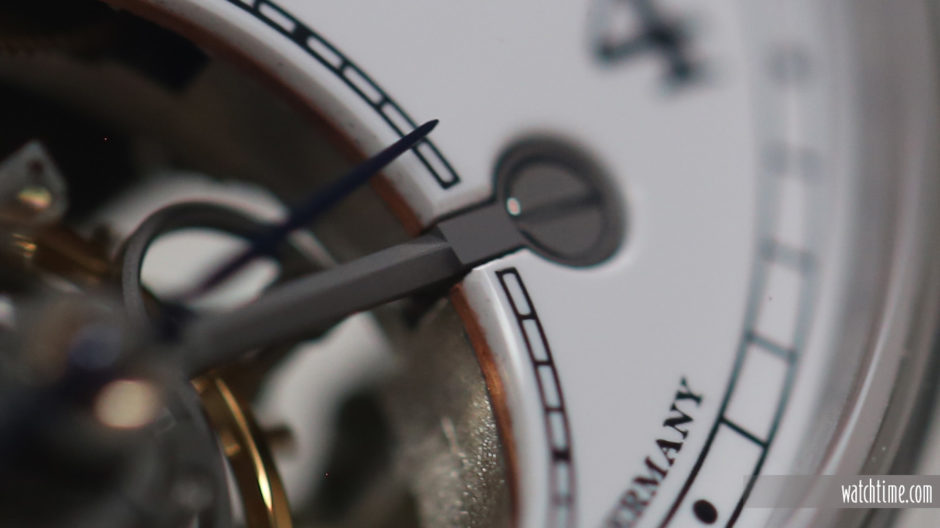 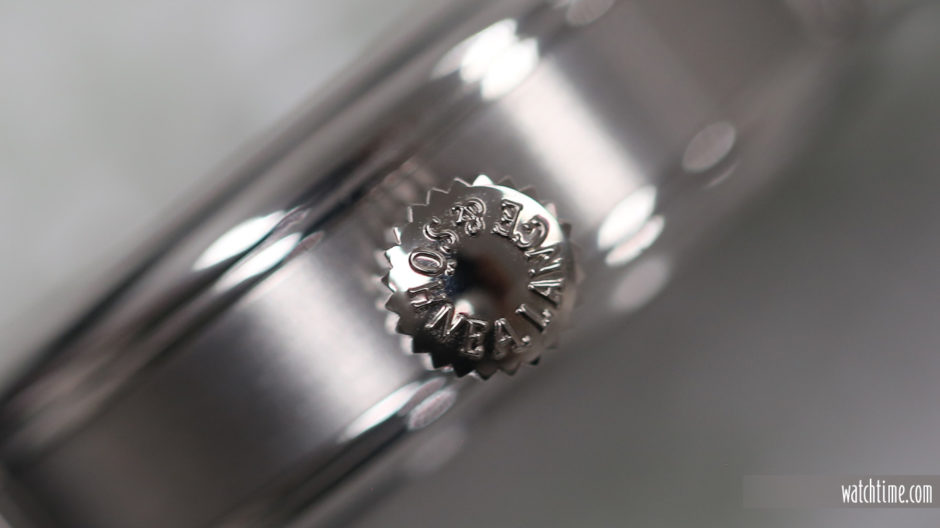 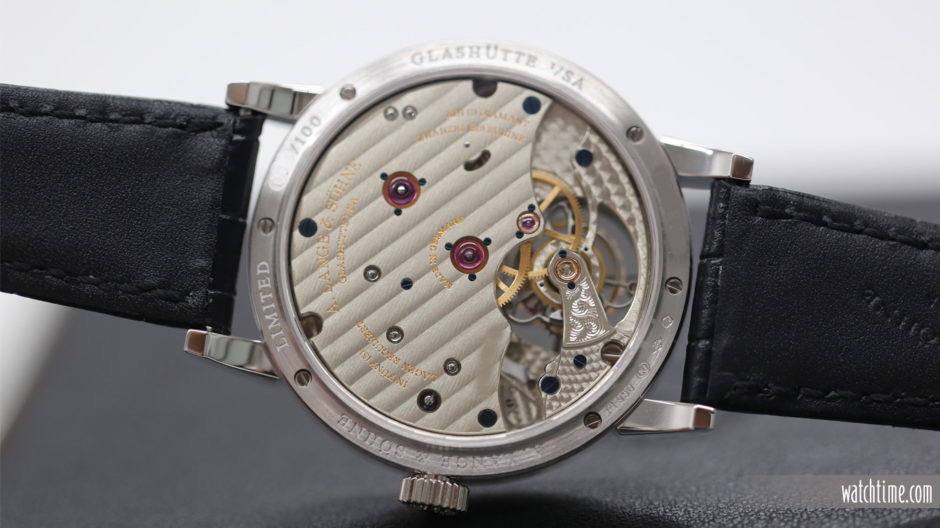 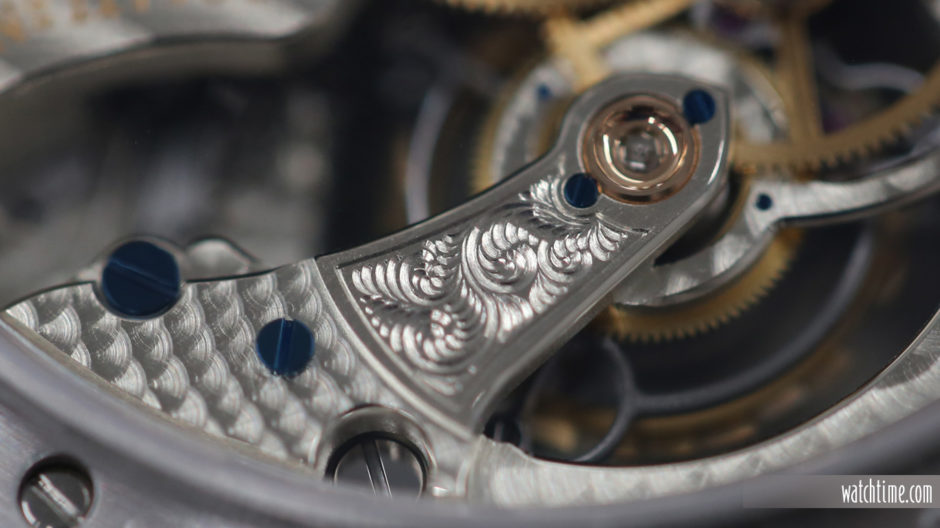 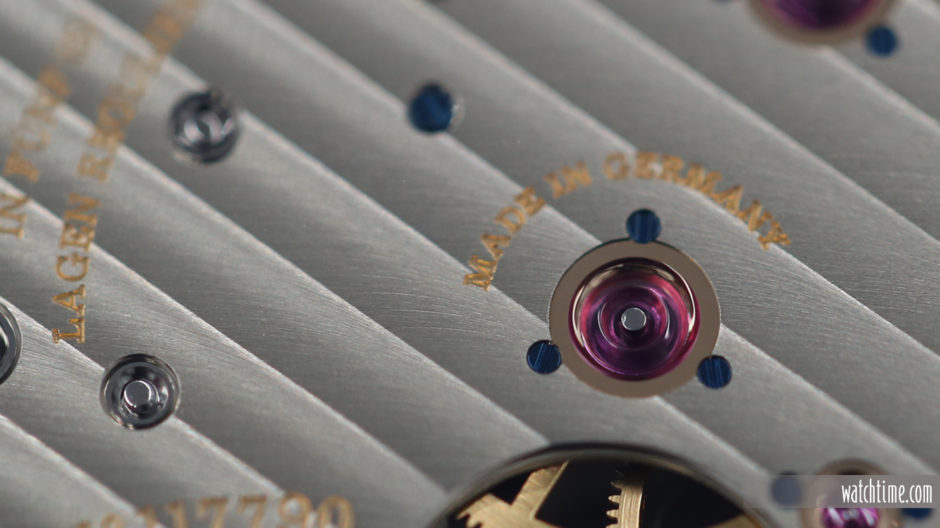