Before he launched his eponymous brand, Laurent Ferrier was an avid racing enthusiast and even competed in the legendary 24 Hours of Le Mans seven times, coming first in the two-liter prototype category in 1977. In 1979, he participated in the Le Mans race along with fellow driver and industrialist François Servanin, with their Porsche 935T finishing in the third position. The duo would go on to form the Laurent Ferrier watch brand in 2010. Incidentally, the year 2019 is also the 10th anniversary of the conception of the brand’s first tourbillon. 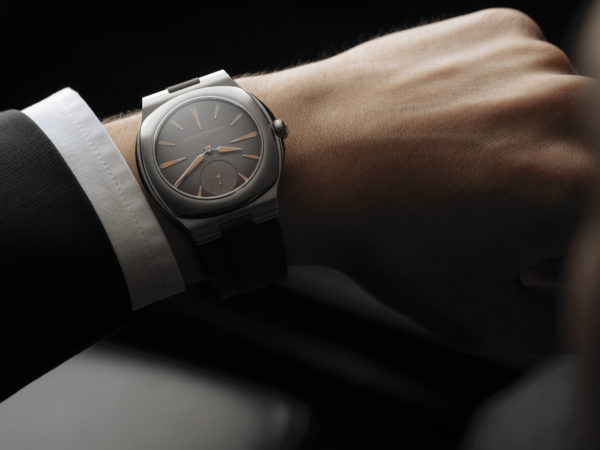 The first sports watch from the brand, which is known for its refined and elegant lines, has a unique stainless steel case that falls somewhere between a cushion and a tonneau shape. While the brushed case has a diameter of 44 mm, it is fitted with a cushion-shaped bezel with polished edges and retains the signature onion crown. A sapphire crystal caseback offers uninterrupted views of the tourbillon movement and the case is water-resistant to 100 meters. 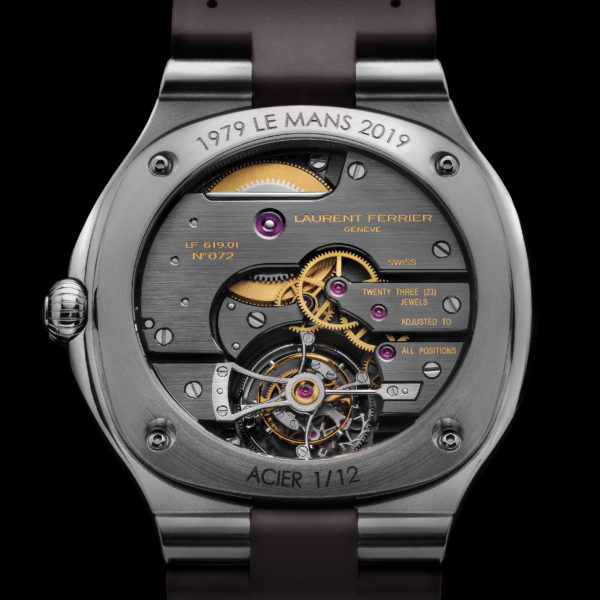 The Tourbillon Grand Sport has a smoked taupe-colored dial and orange luminescent hands and indexes. The dial is protected by a spherical tinted sapphire crystal that softens the dial and provides a beautifully rounded profile when viewed from the side. The case is paired with a taupe-colored rubber strap with a new deployant buckle with three blades for additional ease. 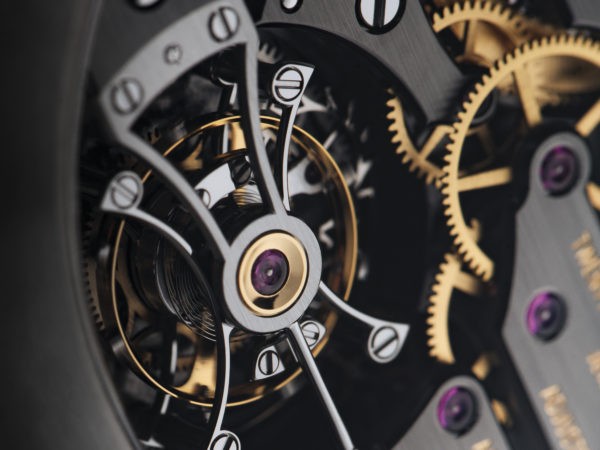 The watch is powered by a manual-winding movement that contains a tourbillon escapement. Fitted with a double balance-spring, the tourbillon is visible through the caseback. The two reversed-fitted balance-springs neutralize the lateral displacement of the balance axis, while the tourbillon compensates for the variations in rate in all vertical positions. This caliber is chronometer-certified by the Besançon Observatory.

The movement’s construction is inspired by the major 19th-century chronometry models with their manual-winding system featuring a long-blade-type ratchet pawl system distinguished by the delicate mechanical clicking sound emitted during winding. The movement has been given a horizontal satin-brushed finish with a ruthenium touch for a sportier look.

The Laurent Ferrier Tourbillon Grand Sport comes in a limited edition of 12 pieces and is priced at $185,000. Additionally, each timepiece will come with a special box that includes a commemorative plaque.

A version of this article first appeared on WatchTime Middle East.