On August 16, 2006, Zion Yakubov, a small-time antiquities dealer in Tel Aviv, met with a lawyer representing an anonymous American client who needed some old watches authenticated.  The lawyer handed Yakubov some poorly packed boxes containing 40 old watches, among which a stunned Yakubov found the most famous watch ever made: Abraham-Louis Breguet’s 160, which had been stolen and missing for the last 23 years.

How that watch ended up in that box is the subject of Marie Antoinette’s Watch, Adultery, Larceny & Perpetual Motion, by author John Biggs, which offers a fascinating look at the many characters who make up the history and tragedy that followed this singular timepiece’s creation, ownership history, theft and eventual recovery.

The story really began in 1783, when Hans Axel von Fersen — a Swedish soldier, bon vivant and future diplomat — met with renowned watchmaker Abraham-Louis Breguet  at #51 Quai de L’Horloge (The Clock Dock)  to commission a watch as a gift to his true love.  “The watch he now envisioned, he explained to Breguet, would incorporate everything the man had to offer,” Biggs writes. “And this had to be a lady’s watch, so it had to be clad in gold and be appropriate for a woman of stature, beauty and importance.  It had to be delicate yet still contain all of the technology known at that time.”  This watch (below) would become known as the Breguet 160 but is more commonly known as “The Queen.”  It was to be gifted to Hans Axel’s lover, Maria Antonia Josepha Johanna, better known to the French as Marie Antoinette. 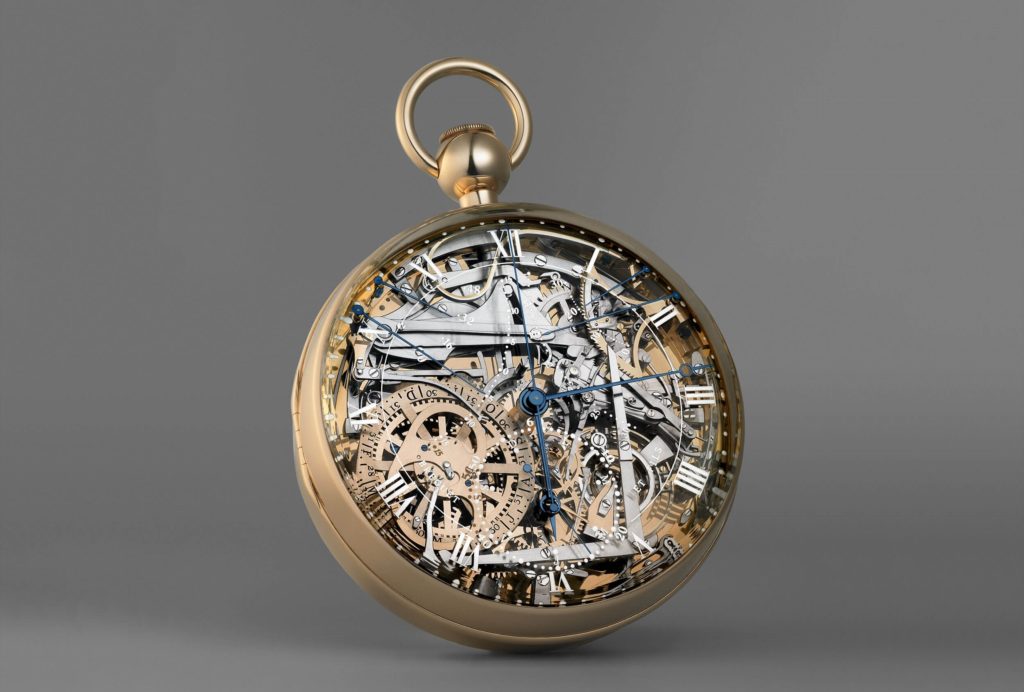 Two hundred years later, on April 15, 1983, a disgraced former Israeli air force pilot turned career criminal named Na’aman Diller, using homemade tools and cunning plans, robbed the L. A. Mayer Museum of Islamic Art in Katamon, Israel (below). On the morning of the 16th, the guards woke up and realized their museum had been looted of 106 watches, four oil paintings, and three antique books.  They had slept through one of the largest watch thefts in history — and worst of all, among the $5 million or so of lost items was the Queen.

Biggs, a journalist and the East Coast Editor for TechCrunch, combines meticulous research with deftly woven storylines to detail the rise of Abraham-Louis Breguet from a Swiss-born boy of modest means, whose formal education ended at the age of twelve, to the favored watchmaker of King Louis XVI and Marie. Biggs walks us through the rigorous training and the personal tragedies that shaped Breguet’s early life, then uses his deep knowledge of horology to explain the inventions and innovations that Breguet achieved on his way to earning the title of Master Watchmaker from the Parisian guild.

Life in the early 1780’s was good for Breguet (pictured above) and his contemporaries — such as Pierre Jaquet-Droz, John Arnold, and Abraham-Louis Perrelet.  Watches were the rage amongst the wealthy and were the height of technology and engineering.  But by 1789, revolution was in the air and the royal family had come to ruin.  Biggs explains the intricacies of Parisian politics and how Breguet’s life entwined not only with the royals but also with Jacobins like Maximilien Robespierre and Jean-Paul Marat as he attempted to keep his business alive through the fall of the Bastille and the storming of Versailles.  By 1792, Breguet had gone from Horloger du Roi to a national guardsman patrolling the grounds of the Temple Prison where his friend and customer Marie Antoinette is imprisoned.

In 1793, Breguet famously helped Jean-Paul Marat escape an angry mob of royalists by dressing him as an old woman and walking arm-in-arm out of the house they were trapped in. Marat repaid the favor, shortly before he was assassinated in his bathtub by royalist Charlotte Corday, by helping Breguet obtain passports that allowed him to flee Paris. Fearing for his life, Breguet left behind his studio, records, tools, and all his watches except for the 160, which he smuggles out of France in a hidden compartment of his carriage.

The completion of the Breguet 160 was not achieved until 1827, by Breguet’s son Antoine-Louis, four years after his father’s death. In the 44 years since its commission, the French monarchy had fallen, Louis XVI had been beheaded, and Marie Antoinette had been guillotined and thrown into a mass grave.  In 1810, Hans Axel von Fersen was also killed by an angry mob, falsely accused of murdering the crown prince of Sweden and stomped to death in a melee during the funeral procession. Thus — sadly — the creator, purchaser, and recipient of this milestone timepiece, and symbol of love, all perished before it is ever finished.

Biggs tackles the technological and engineering challenges Breguet overcame to create his masterpiece and the impact that watchmaking had on the society of the late 18th century, all while maintaining a vibrant pace that never bogs down in too much detail.  The writing particularly shines in later chapters, which detail Diller’s criminal career and traces how his widow, Nili Shamrat’s attempt at returning the watches leads to the recovery by the Israeli police of 96 of the stolen watches.

My only quibble with the book is that it should have perhaps ended with Chapter 18, as the final chapter feels tacked on and unnecessary: this short venture into the world of modern-day watch collectors doesn’t much enhance the history of “the Queen.”  With that said, if you’re a horological history buff, a Breguet collector, or just a watch lover who enjoys a great heist story, I’m confident you’ll enjoy this book immensely.