Despite appearing prominently on the wrist, the Seiko Prospex PADI Special Edition is very comfortable to wear. It fits perfectly, regardless of its ample size and weight. One reason for this good fit is due to the concave curvature of the middle part of the case, which devours the back like the crater of a volcano. The other is thanks to the “accordion” wristband. This intelligently designed strap, invented decades ago, alternately expands and contracts to conform to the wearer’s wrist, whether the watch is worn directly against the skin or slipped over the sleeve of a neoprene diving suit.

Seiko prides itself on its involvement in numerous developments in professional diving watches that have become standardized internationally. The modified give-and-take wristband, which is adequately long, thick and slip-resistant, is only one example. Another is the case’s modern helium insulation, which eliminates the need for an additional helium-release valve. Equally noteworthy is the fact that Seiko offers this state-of-the-art equipment in its entry-level range ($795) – an indication that this Japanese watch marque regards its dive watches as professional devices rather than as fashionable luxury accessories. That’s also why Seiko has been a partner of PADI, the professional divers’ training organization, since March 2016. This special edition of the Prospex Diver’s Automatic was created in honor of this partnership and because of the popularity of the previous year’s model.

One of the most eye-catching features of this watch is the handsome, glossy blue bezel, which has markings for almost all 60 minutes and turns inside a second, unusually shaped ring atop the case. This second ring, made of ceramic, enhances the watch’s ability to cope with impacts and is designed to prevent inadvertent repositioning of the calibrated bezel.

The double case is a trademark of Seiko dive watches. Thanks to a special interior design with L-shaped insulators and a screwed ring to affix the crystal, this watch is particularly pressure resistant (up to 20 bar) and offers the efficient helium insulation mentioned earlier. Nevertheless, the bezel is easy to grasp at precisely the points where you intuitively reach to adjust it. Large, fluted riders further improve the nonslip grip.

The rotatable bezel snaps into place in half-minute steps, although an authoritative click at full-minute intervals would have been more professional and would still conform to the relevant standards. The bezel is coated with titanium carbide to protect it from scratches. We were surprised to see that only the orientation point glows on this ring and that it shines comparatively weakly, but the so-called “shark” indices glow very brightly on the blue dial. Like the bold hands, the indices are coated with Lumibrite, a special luminous paint developed by Seiko. The dial is protected by a Hardlex crystal, which is more flexible than sapphire and, therefore, less likely to shatter.

The back of the case is opaque, massive, and screwed. Behind it, Seiko’s manufacture Caliber 4R36 hosts a bidirectionally active self-winding rotor and the so-called “Magic Lever.” This movement is regarded as highly robust and is accordingly used in many of Seiko’s dive watches. Compared to its predecessor (the 6R15), the newer caliber integrates several technical innovations, e.g., in the automatic winding mechanism and in the barrel, in the switching mechanism for the date display, in the balance, and in the fine adjustment. The model that we tested was quite competently adjusted. It gained between four and five seconds per day and performed with very balanced results. The Prospex Diver’s Automatic PADI Special Edition has earned the right to accompany its wearer to more than just a scuba class for beginners. 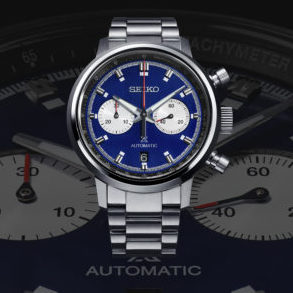 END_OF_DOCUMENT_TOKEN_TO_BE_REPLACED

Silent Accord: Reviewing the Grand Seiko ...

END_OF_DOCUMENT_TOKEN_TO_BE_REPLACED

More Royalty: Seiko Adds a New LE to the ...

END_OF_DOCUMENT_TOKEN_TO_BE_REPLACED 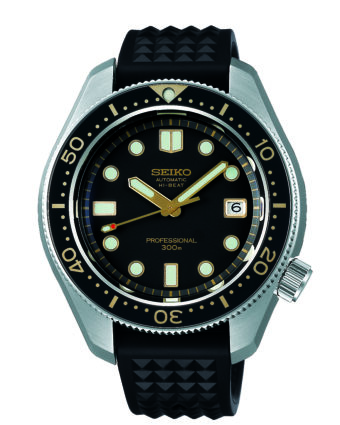