With the introduction of its new antimagnetic technology in 2013, Omega set a new standard in the fight against the effects of magnetic fields on a watch movement. The concept debuted in the Seamaster Aqua Terra >15,000 Gauss. At that watch’s launch, Omega announced its intention to incorporate the technology into all watches equipped with co-axial escapements. The new, vintage-inspired Omega Seamaster 300, which was introduced at last year’s Baselworld watch fair, is among those models.

WatchTime’s test of the Seamaster 300 includes complete specs on the watch and scores in various criteria, as well as original photos and insider information about this retro-styled Omega dive watch.

This full-length watch review of the Omega Seamaster 300 is the cover story of the upcoming May/June issue of WatchTime, on sale May 19. For those who don’t want to wait for the print issue, WatchTime is now offering the complete article — including all specs and scores— as a special, downloadable edition for $2.99.

WatchTime is America’s #1 luxury watch magazine and one of the best-selling watch magazines worldwide. More than 600,000 aficionados read WatchTime’s products every month. WatchTime sells more magazines on U.S. newsstands, and has more social media fans, than all its North American watch-magazine competitors. WatchTime is the only watch magazine with dedicated digital editions for every major tablet platform. Inside Basel.Geneva, WatchTime’s annual luxury watch show, is America’s most popular event series for watch collectors. Its best-in-class journalism, digital products and live events have earned WatchTime several global awards and nominations. Based in New York City, WatchTime is a member of Germany’s Ebner Group, one of Europe’s largest family-owned special-interest media companies. Having operated continuously for 200 years, Ebner today publishes more than 80 magazines and 30 websites worldwide. WatchTime and its sister watch magazines are available in North America, South America, Europe, the Middle East, India and Asia.

END_OF_DOCUMENT_TOKEN_TO_BE_REPLACED

Did You Know That: The Difference Between ...

END_OF_DOCUMENT_TOKEN_TO_BE_REPLACED 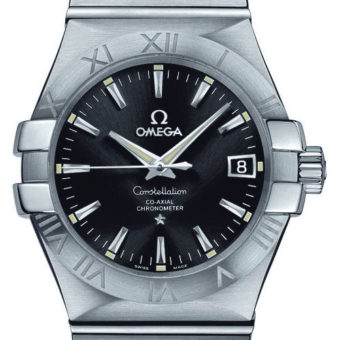