Heading into Baselworld this year, few brands had as many expectations surrounding its novelties, at least among lovers of vintage-style timepieces, as Tissot. After all, it was only one year ago that Tissot released the Heritage 1948 Chronograph to critical acclaim — with its unique lugs, vintage-style dial, and attractive $1,500 price point. Thus it was natural to expect a bold follow-up to be added to the brand’s lineup.  That follow-up turned out to be the Tissot Antimagnetique Heritage 2018, a new hand-wound piece based on the antimagnetic watches that Tissot produced in the 1930s and ’40s.

These original watches (vintage picture below, via Fratellowatches) tended to be slightly larger than their contemporaries — between 35- and 40-mm in diameter compared to 34-mm and below — and are noted for being some of the first antimagnetic watches on the market. Tissot was, in fact, the first watch manufacturer to offer this feature. This style of watch was produced by a number of brands during the period and was known for its clean, almost minimalist dial configuration, steel case, thin hands, quality movement, and price accessibility compared to its more luxurious competitors. On today’s vintage market, these watches have gained some attention in recent years, but have remained relatively inexpensive compared to the brand’s historical chronographs, likely due to their mass production and modern ubiquity.

The new watch (Ref. T119.405.16.037) has a large, 42-mm polished steel case with sharp, faceted lugs, and a slim signed crown. Its domed, silvery dial is outlined by a thin bezel that gives it a wider appearance, with an outer black chapter ring, large printed Arabic numerals for the hour markers, and a prominent vintage-style Tissot logo with the “antimagnetique” script below it toward the 12 o’clock position. At the bottom of the dial is a stamped snailed subdial for the running seconds, which features a unique hand that matches the historical style of the leaf hands for the hours and minutes. The dial is also actually brushed, although it is hard to tell from far away. The subtle detail is quite attractive under a loupe though (see macro images below). The piece is powered by the ETA 6498-1, a manually-wound movement with a 46-hour power reserve and, interestingly, an antimagnetic resistance that is only about standard for watches today (about 64 gauss). Once it hits the market in the second half of 2018, the Antimagnetique Heritage 2018 will retail for $995.

As Tissot has done with its past vintage recreations, it took some modern liberties in crafting today’s watch. Notably, the 42-mm size is quite large compared to the historical models, even though the latter were considered quite large in their original production years, and the watch could even be considered a bit larger than many modern dress watches, which tend to hover closer to 40 mm in size. For the silver dial’s configuration, I have been unable to find in my research any one single vintage piece with a comparable vintage design, at least as far as the accenting goes, though this is doesn’t mean that one didn’t exist: these watches weren’t an explicit series, but rather represented a general school of design for antimagnetic pieces of the era. It does point to Tissot’s taking advantage of contemporary production capabilities to bolster vintage-style attributes, such as by enlarging the branding.

Also, interestingly, the watch features no luminescent substance on its printed hour markers and no special antimagnetic properties and has a sapphire caseback displaying its movement. While the originals were never explicitly marketed as either a tool watch or a dress watch, they were able to balance itself between the two by having special antimagnetic properties, and with the dial tending to have some form of luminescence. Yet, by Tissot’s opting in the modern iteration for these three new traits, it is clearly gearing the new watch toward a more formal category rather than making it a general-use timepiece. 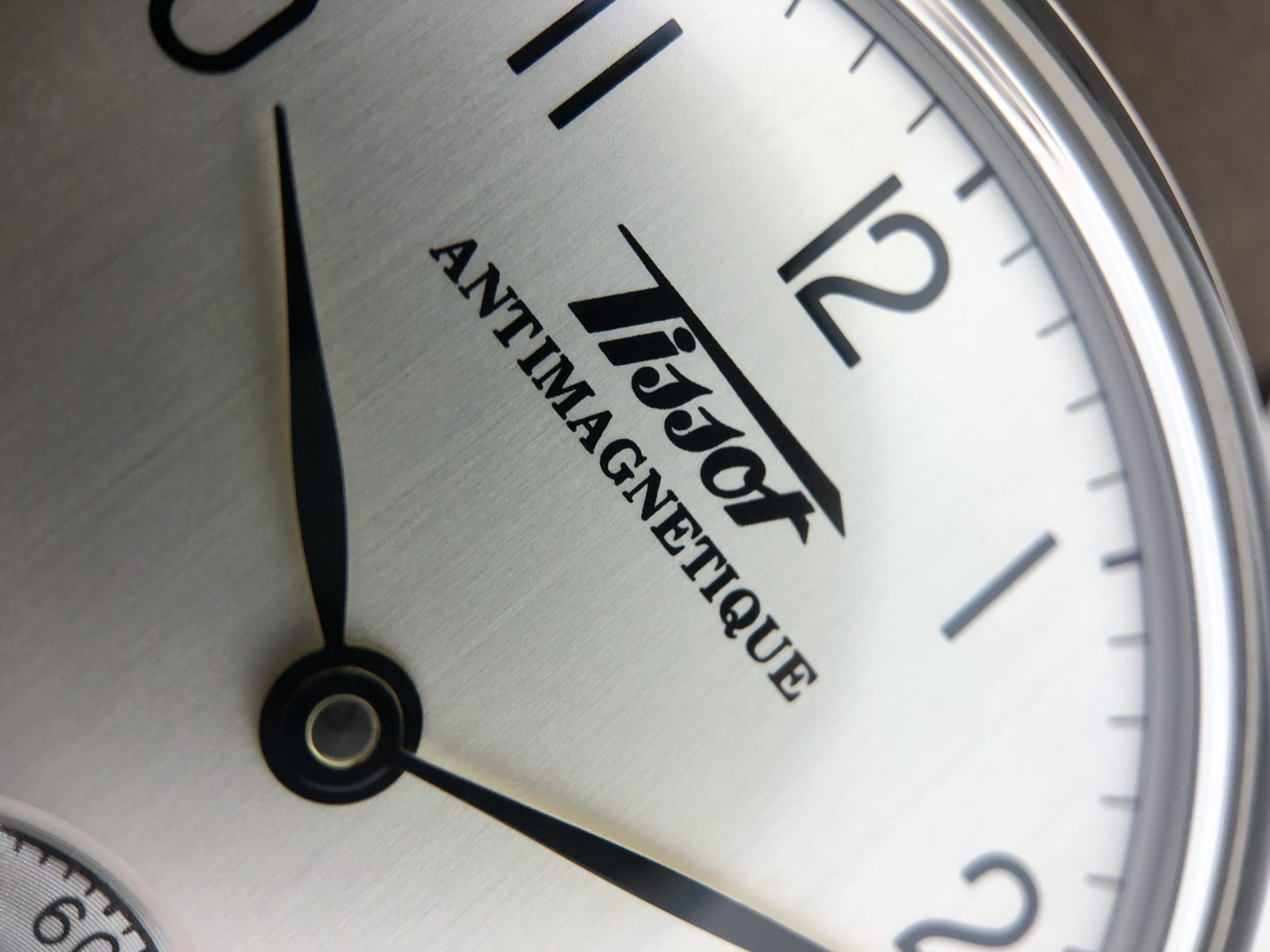 Close-up on the dial of the Tissot Heritage Antimagnetique Heritage 2018.
1/6 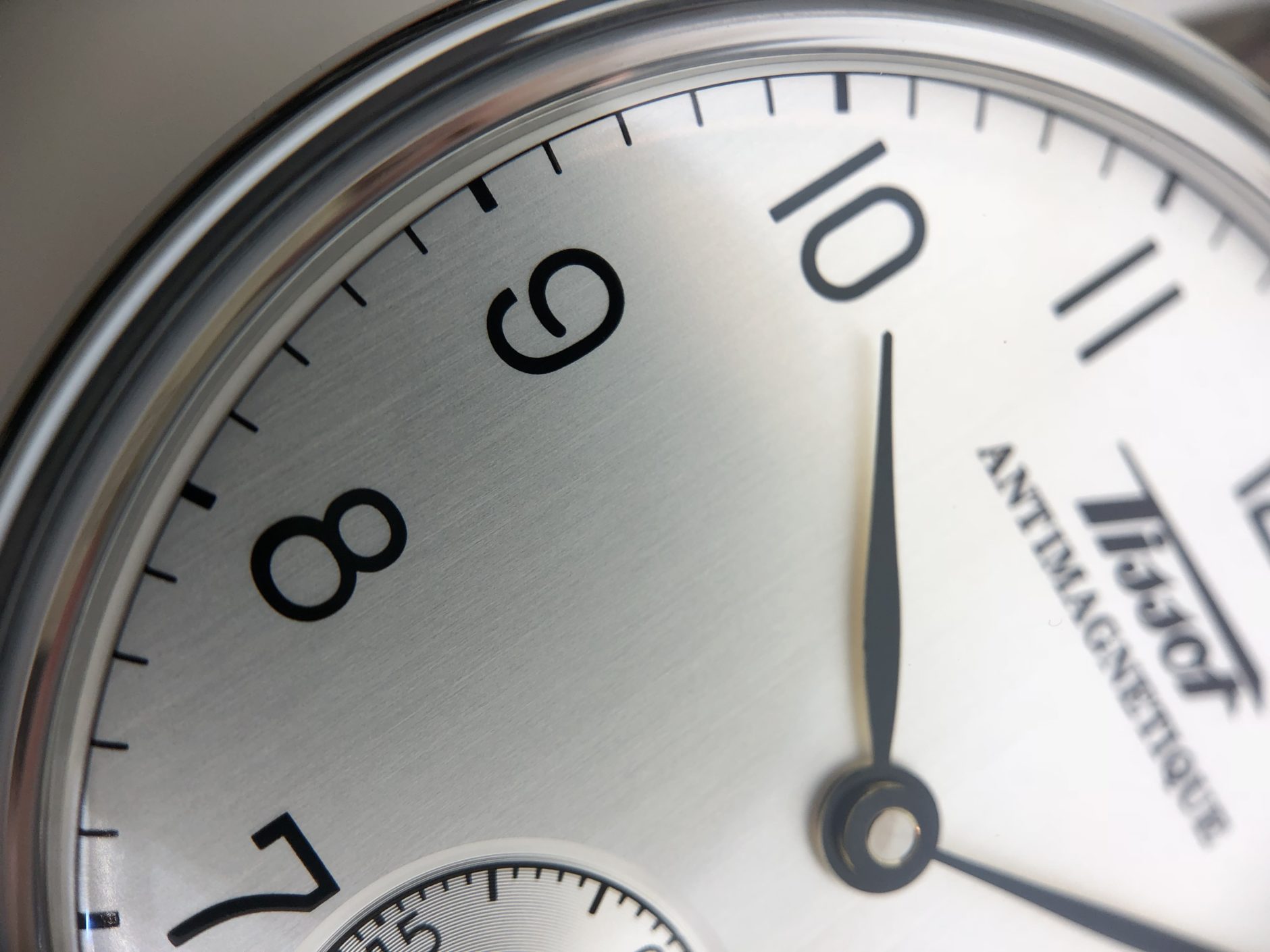 Close-up on the dial of the Tissot Heritage Antimagnetique Heritage 2018.
2/6 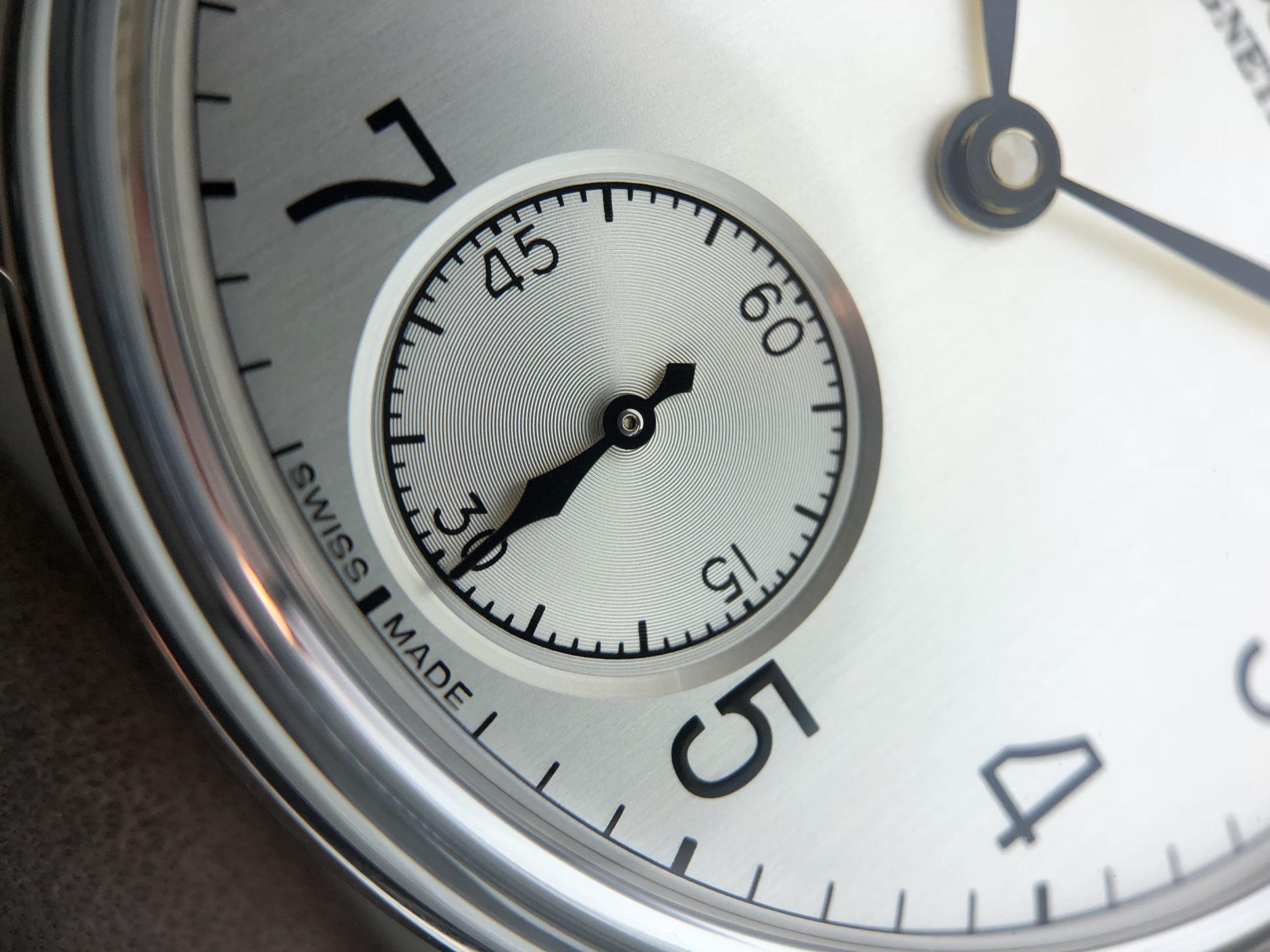 Close-up on the dial of the Tissot Heritage Antimagnetique Heritage 2018.
3/6 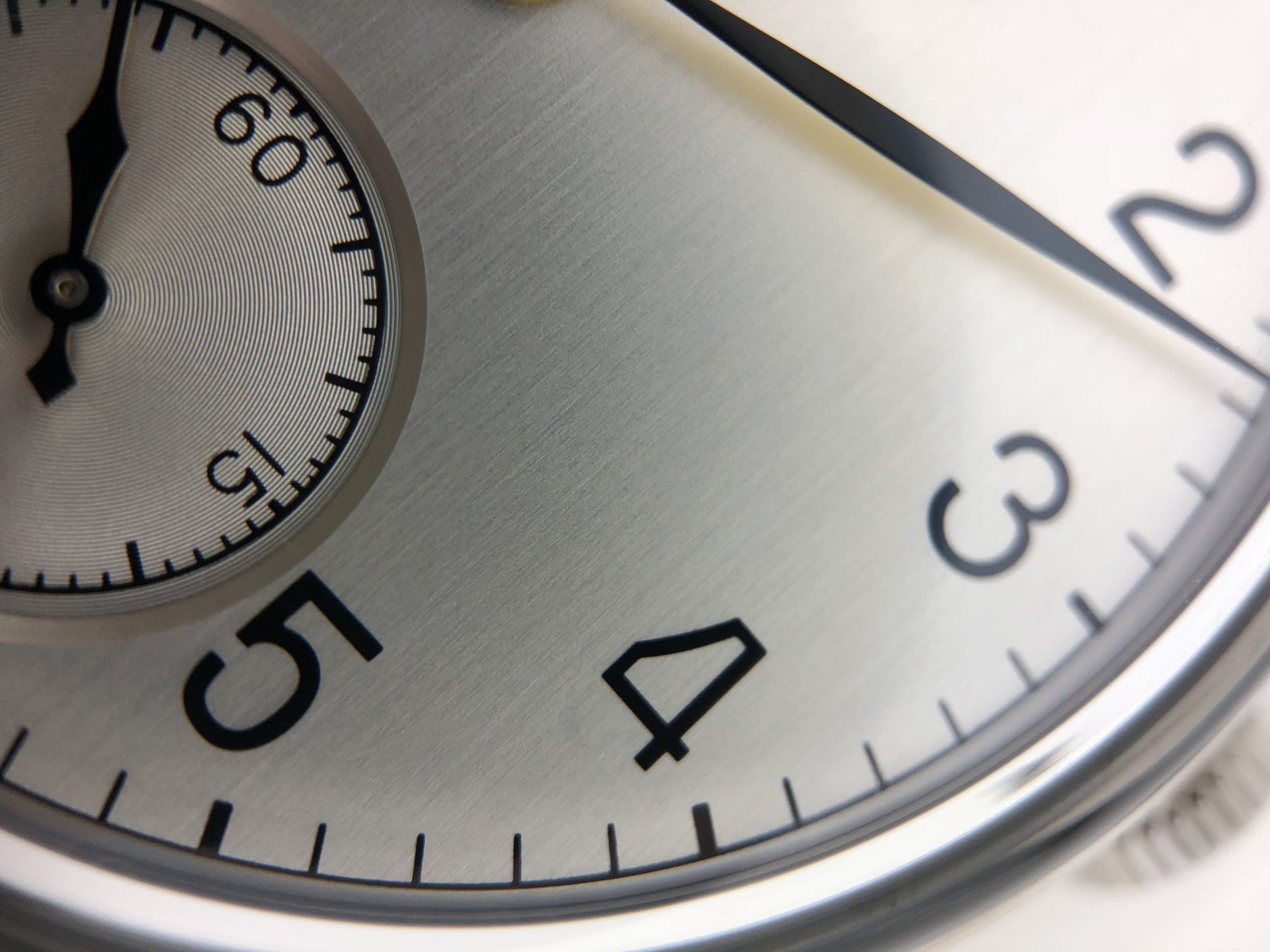 Close-up on the dial of the Tissot Heritage Antimagnetique Heritage 2018.
4/6 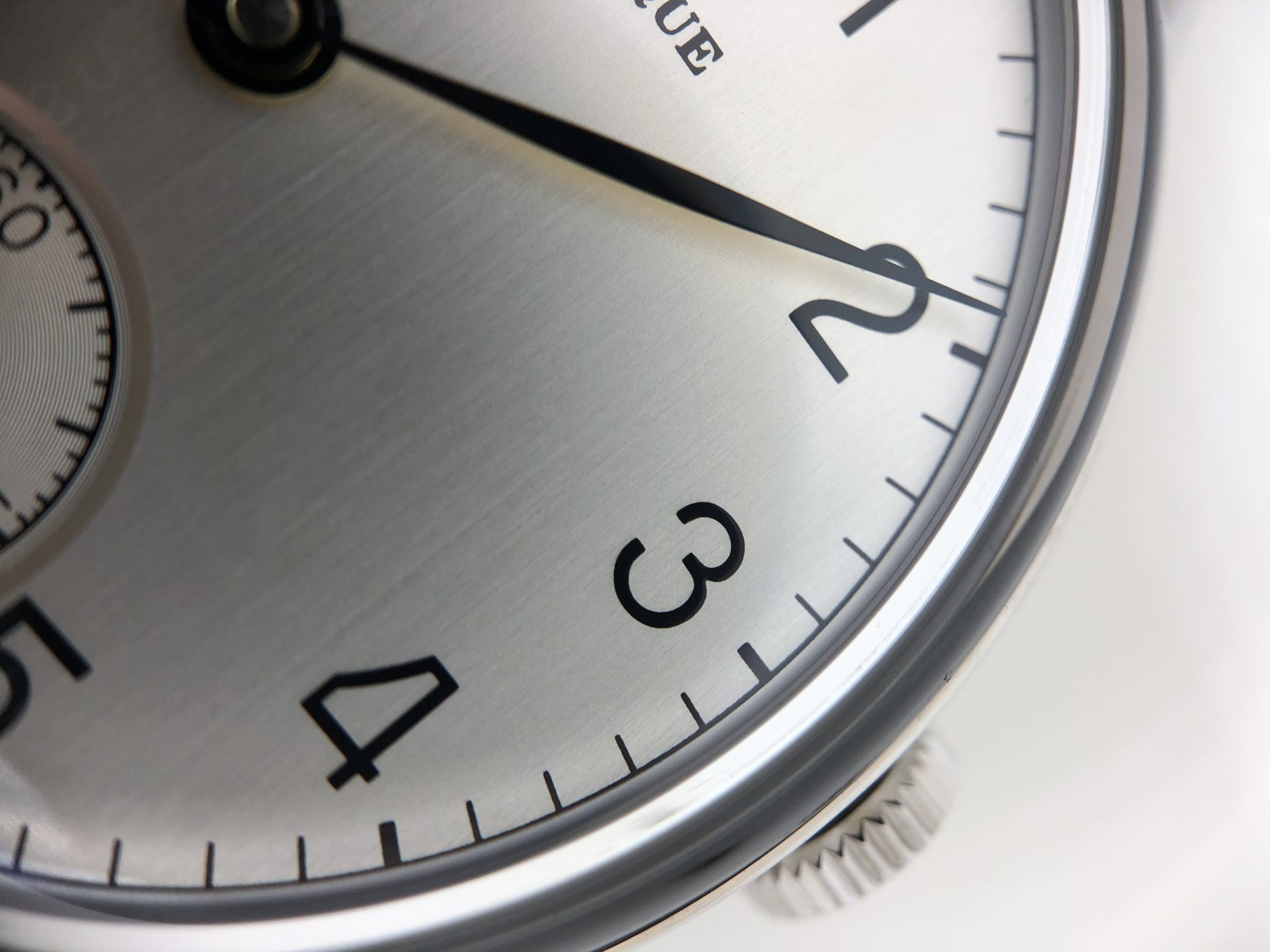 Close-up on the dial of the Tissot Heritage Antimagnetique Heritage 2018.
5/6 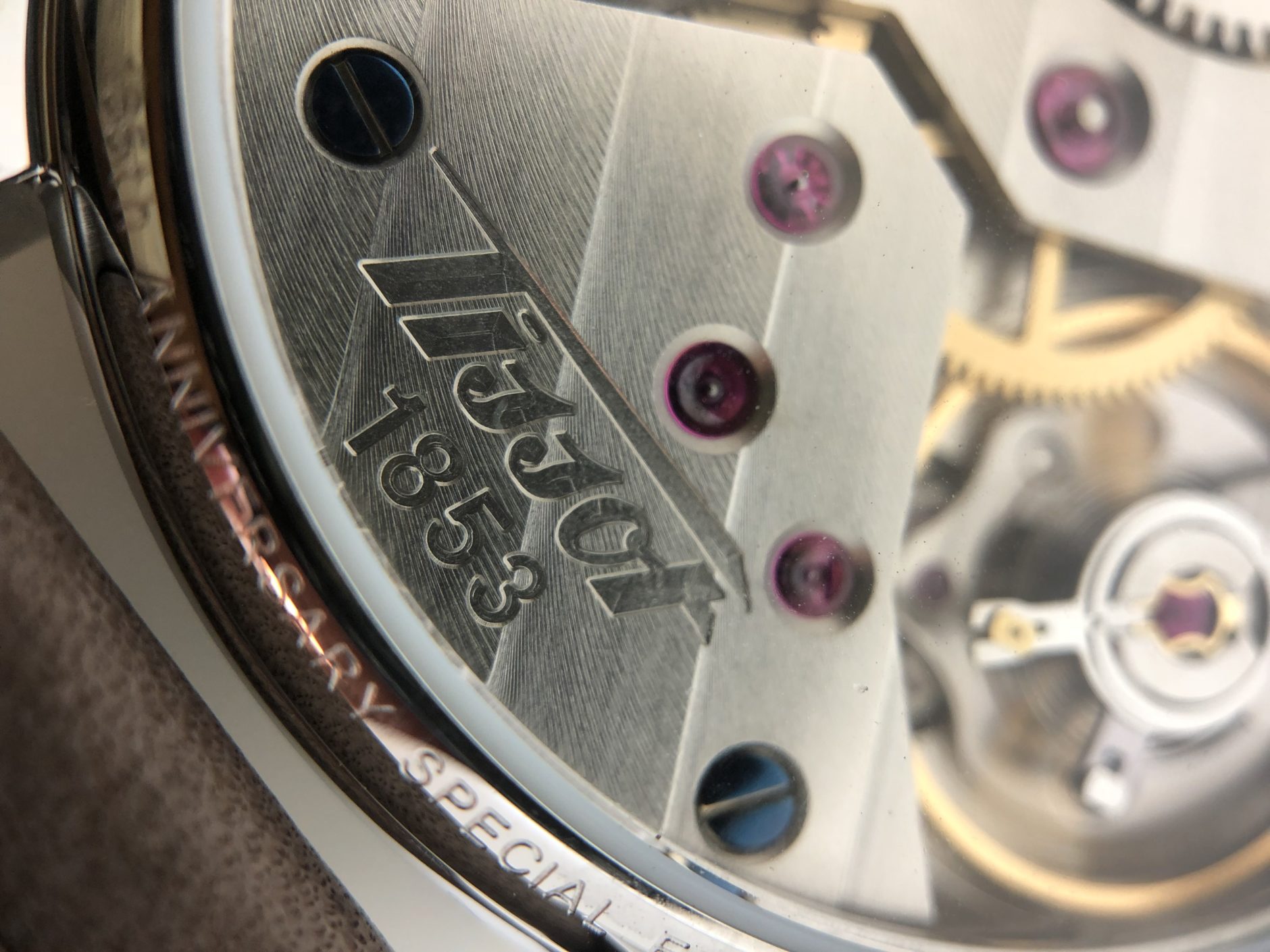 Close-up on the movement of the Tissot Heritage Antimagnetique Heritage 2018.
6/6

Considering the modern developments, it is nevertheless clear that the brand worked to give the watch a vintage spirit. This can be seen in the slim crown, thin bezel, leaf hands, sub-seconds configuration, and vintage-style numerals and logo. Each of these features was common in the antimagnetique pieces of the ‘30s and ‘40s, so by combining them Tissot is able to channel the historical inspiration clearly through the contemporary shifts. One of the most obvious signs of the watch’s vintage spirit is in its manually-wound movement. Where many brands tend to update their historically prompted pieces with more convenient automatic movements, Tissot has stuck with a hand-wound version — a feature that itself is another indication that the piece is positioned as a proper dress watch.

I do not anticipate that this most recent addition to Tissot’s Heritage collection will receive quite as much praise as last years’ chronograph (pictured above) or the Tissot Heritage 1936 Mechanical and Tissot Heritage Navigator that preceded it, but the watch does provide a necessary rounding out of the series for the brand’s retailers. The collection was lacking a true dress watch in its lineup, and the $995 price point is relatively accessible considering the overall value the watch offers. With the possible exception of its rather pedestrian antimagnetic properties, I would not say that any of these modern changes are for the worse. The piece will likely appeal to a wide range of enthusiasts and should allow the Heritage collection to branch out in ways it was unable to before.

For the most recent article in the “Vintage Eye” series, in which we compare Laco Pilot Watch Original Replica Type A to the historical predecessor, click here.

No Responses to “Vintage Eye for the Modern Guy: Tissot Heritage Antimagnetique 2018”