America’s largest luxury watch extravaganza, WatchTime New York, is returning for its fifth consecutive year at Midtown Manhattan’s Gotham Hall on October 25 – 26, 2019. This year’s event is shaping up to be the biggest yet, with 37 participating watch brands displaying their latest and greatest timepieces. Among these brands is Omega, which will showcase its entire 2019 lineup of releases, including the brand-new Seamaster Diver 300M Chronograph in Sedna Gold.

Since its introduction in 1993, the Omega Seamaster Diver 300M has been one of the most popular watches among divers and collectors worldwide. Last year, the brand worked to bring on the next chapter in this series’ history with a significant revitalization of its standard designs, and this year Omega continued the effort with a number of new Seamaster Chronographs being added to the collection, including today’s highlight watch.

The new chronograph uses a completely Sedna gold case, and features a laser-ablated black ceramic bezel contrasted with a single white dot of Super-LumiNova at 12 o’clock. Like the other models in this new collection, this watch has a 44-mm diameter and uses a bicompax dial configuration; however, one place where the new chronograph stands out is the golden rings around the two sub-dials to match the metal of the case. Another new feature of the watch is the presence of ceramic pushers. This specific model uses the Omega Co-Axial Master Chronometer Caliber 9901, which is differentiated only from the more standard Caliber 9900 due to the specialized finish of the rotor and balance bridge in 18k Sedna gold. 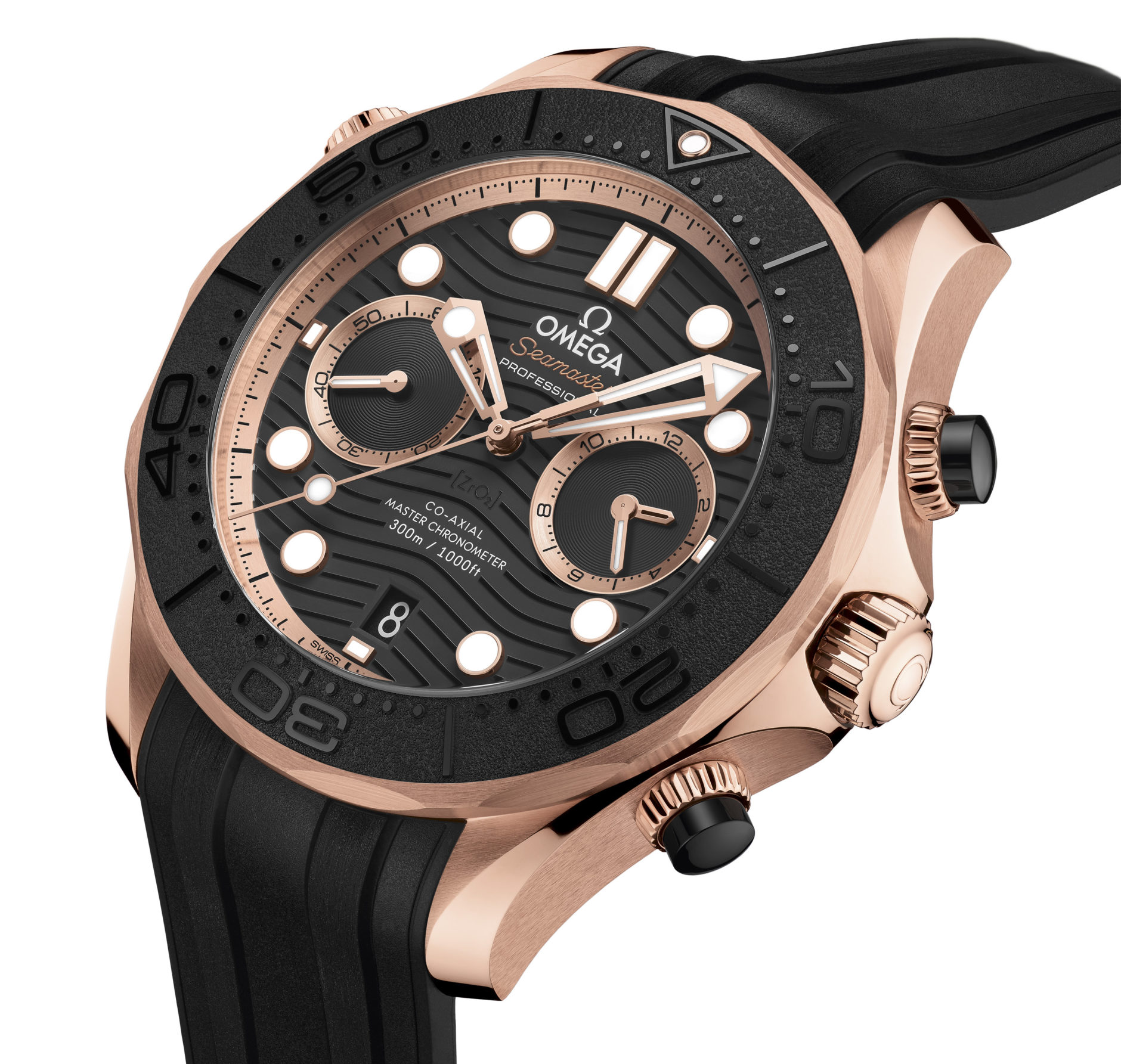 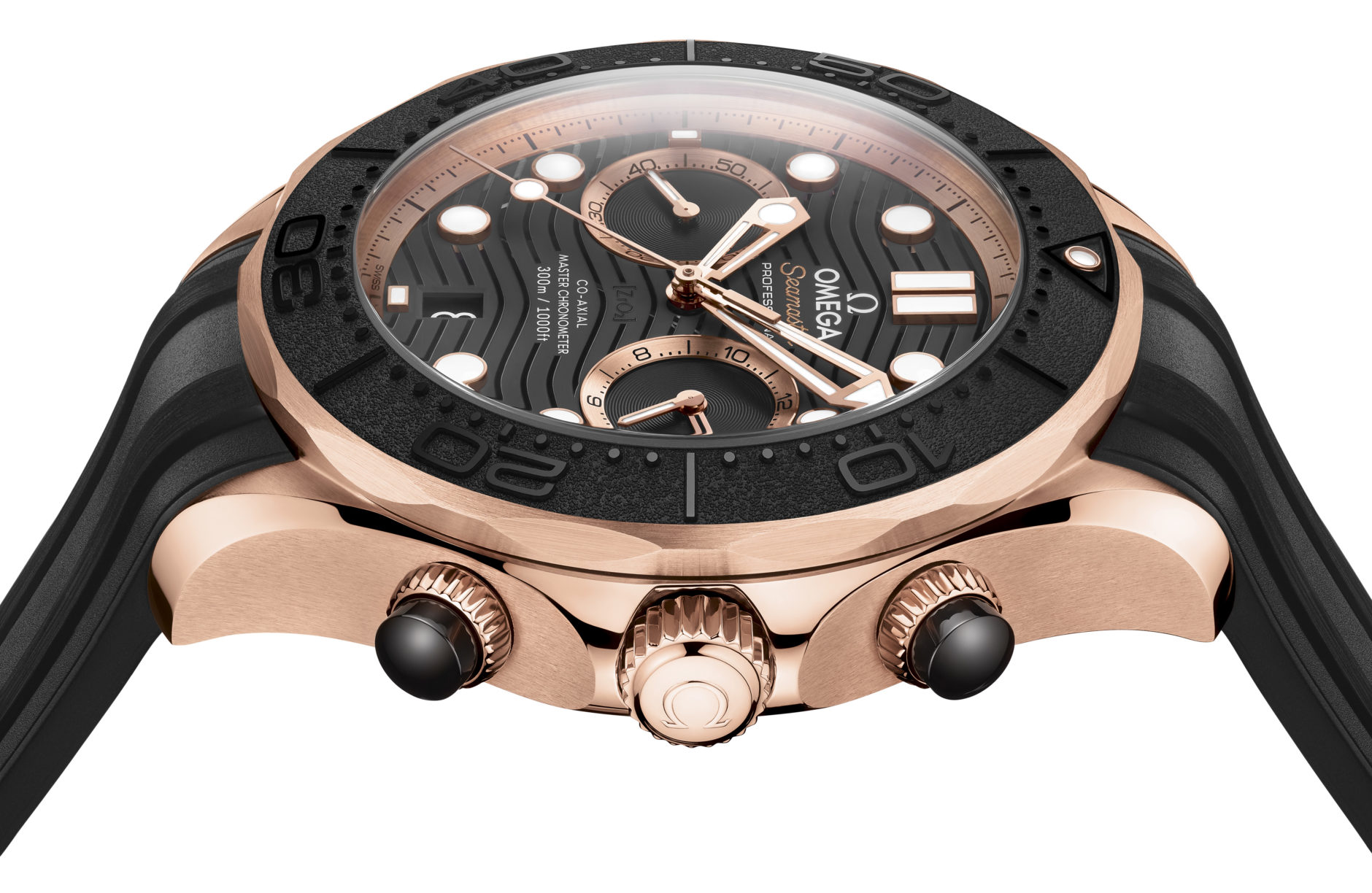 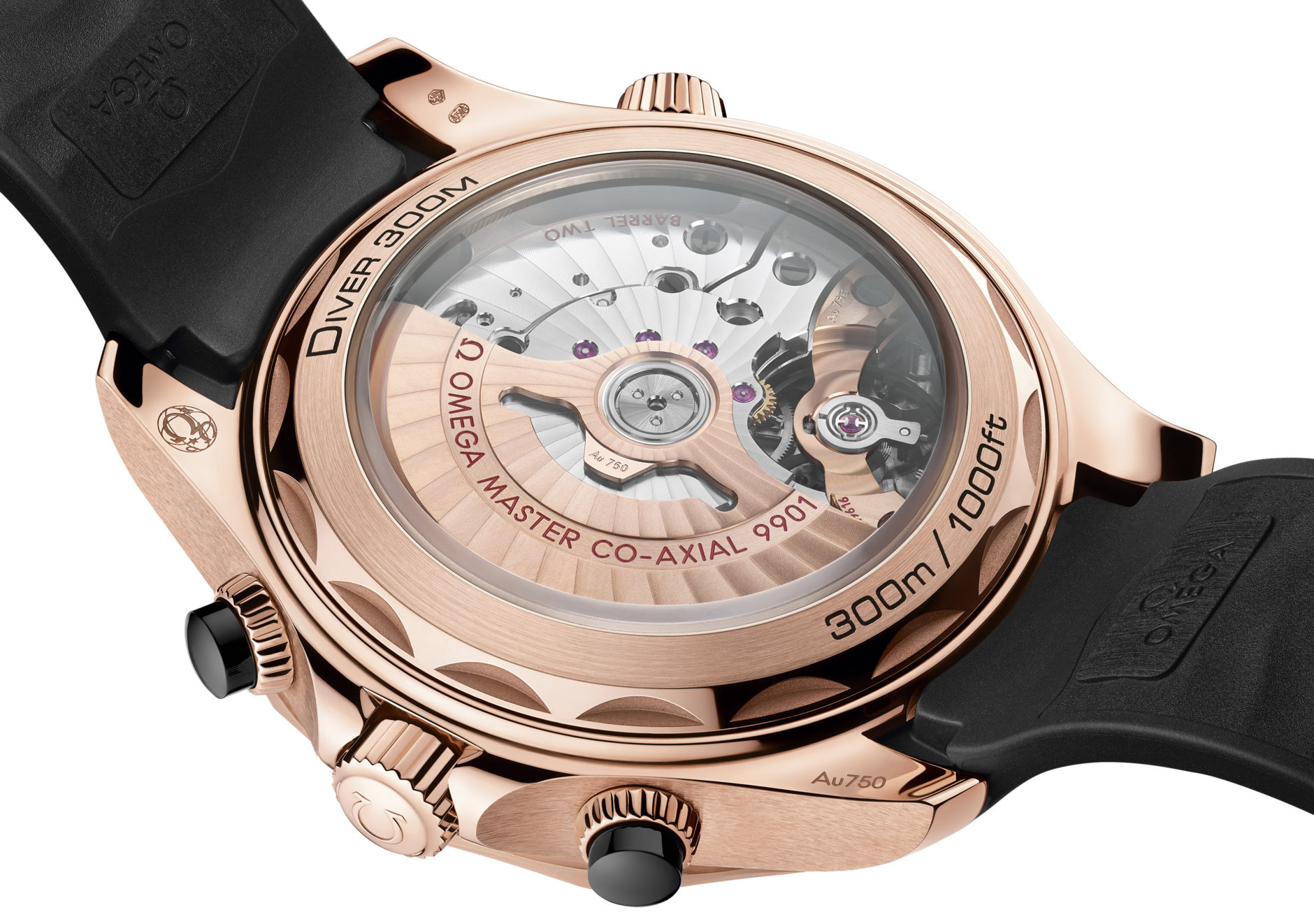 Sedna gold, an alloy developed entirely in-house by the Swatch Group, blends gold, copper and palladium for, Omega says, an uncommonly long-lasting reddish hue. The alloy requires a minimum gold content of 75 percent, along with a precise portion of copper, to create the vibrant red color, while the palladium strengthens the material’s luster and makes it longer-lasting. “Sedna” is the name of a Trans-Neptunian object — i.e, a body in space that orbits our sun at a greater average distance than the planet Neptune — whose surface has been described as one of the reddest in the Solar System.