The Pharos of Alexandria, more widely known as The Lighthouse of Alexandria, was one of the tallest man-made structures in the world for centuries. Commissioned during the reign of the first Ptolemy in Egypt, and eventually finished by his son Ptolemy II Philadelphus, the structure is believed to have stood over 100 meters tall and was regarded as one of the Seven Wonders of the Ancient World before it was gradually destroyed by a series of earthquakes. During its estimated 1,000-year life span, Pharos of Alexandria allowed countless sailors to make it home safe and sound by providing a source of light in choppy waters.

It’s this notion of light as a guide through the perils of the night that helped inspire Pharos, a company launching today that is poised to offer something completely fresh in the growing sphere of independent American-based watch brands. Luminescence is the key here and is what sets Pharos apart from other “microbrands.”

For their first collection, Pharos is releasing a number of watches that utilize heavy doses of Super-LumiNova, but one design, in particular, stands out. The Pharos Sentinel features a fully lumed dial separated into plots of lume that gradually grow larger in a spiderweb-esque design. It features a Swiss Sellita SW200 movement, one of the best options given the targeted price point, with a width of 41 millimeters.

Although the new Pharos watches aren’t suitable for diving in any form, its maritime influence has been regarded with care as each model boasts a water resistance rating of up to 200 meters thanks, in part, to the screw-down crown. The fully lumed dial iteration of the Sentinel comes in a number of colorways, but the one we recently had in the office comes in a black-PVD case with a white dial that, when the lights are turned off and the lume is charged, radiates with green lume. Roman numerals at 3, 6, and 9 o’clock are also injected with lume while the brand’s logo — a stylized take on beams of light reaching out from a lighthouse — rests at 12 o’clock. The rest of the annular indexes feature the chosen dial color (white/black) with a ring of lume surrounded by a high-polished border.

Timekeeping is represented thanks to the two saber hands, with lume and a slight facet down the middle, and the polished lollipop seconds hand with an additional plot of lume. The bezel of the Pharos Sentinel has eight recessed indentures — similar to the six found in the Vacheron Constantin Overseas collection — that add even more layers and texture to the watch. Finally, the polished caseback shows an image of the Pharos of Alexandria lighthouse.

One detail that helps the Pharos Sentinel collection stand out as a whole is the addition of a crown that is embedded with a fully lumed engraving of the brand’s logo. It’s elements like this that help communicate the brand’s message more effectively and help realize the luminescent concept’s potential. 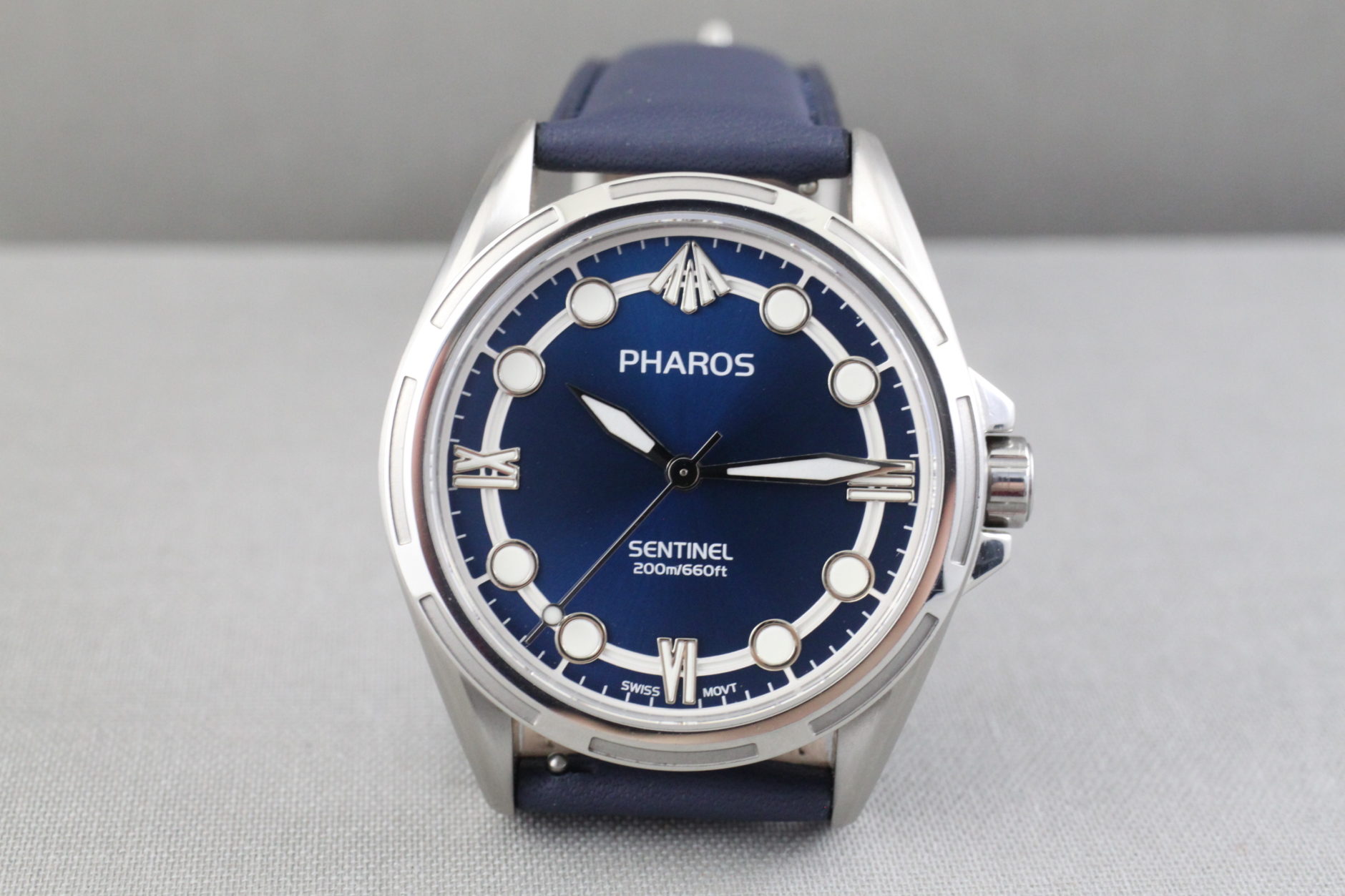 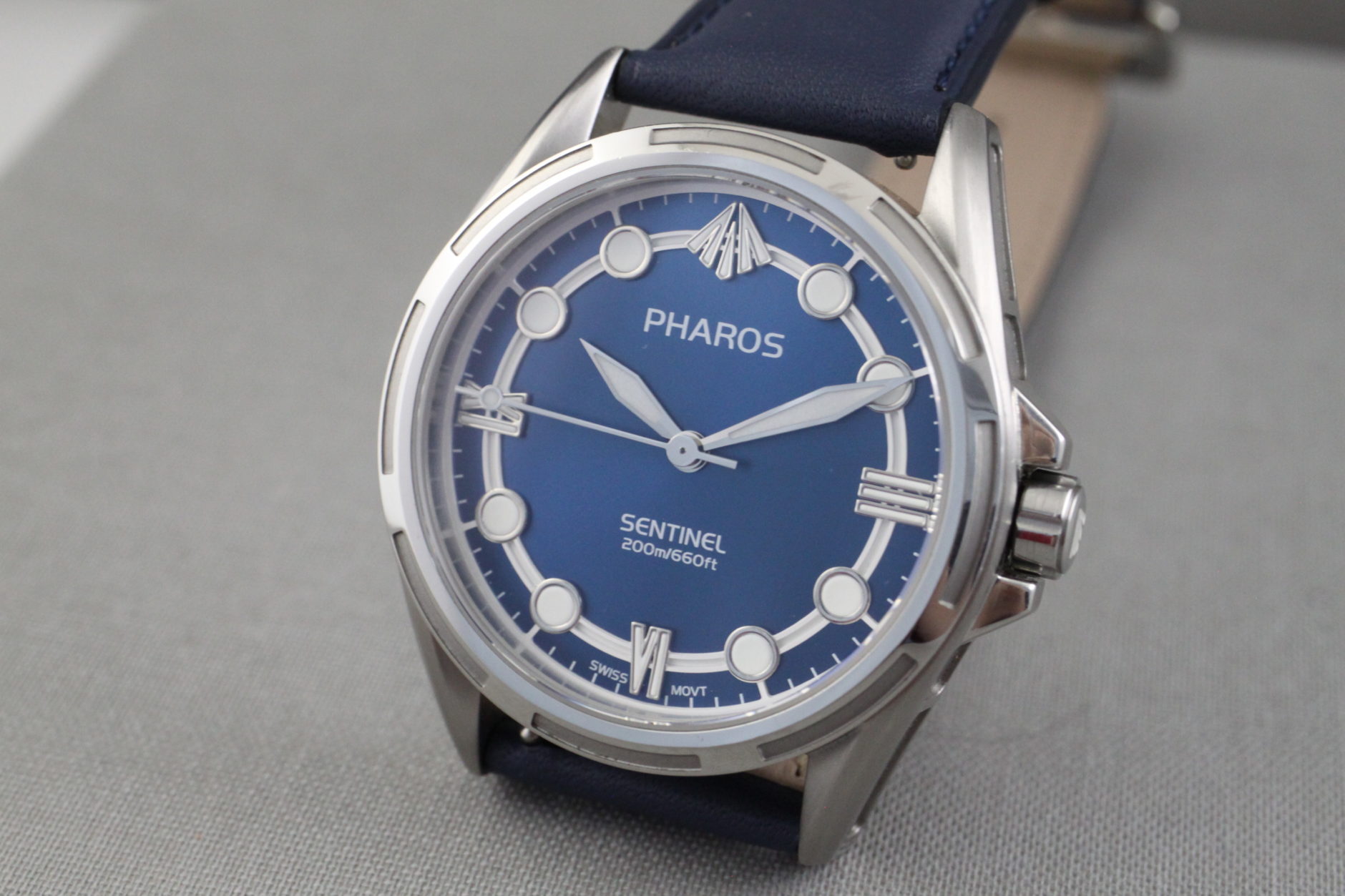 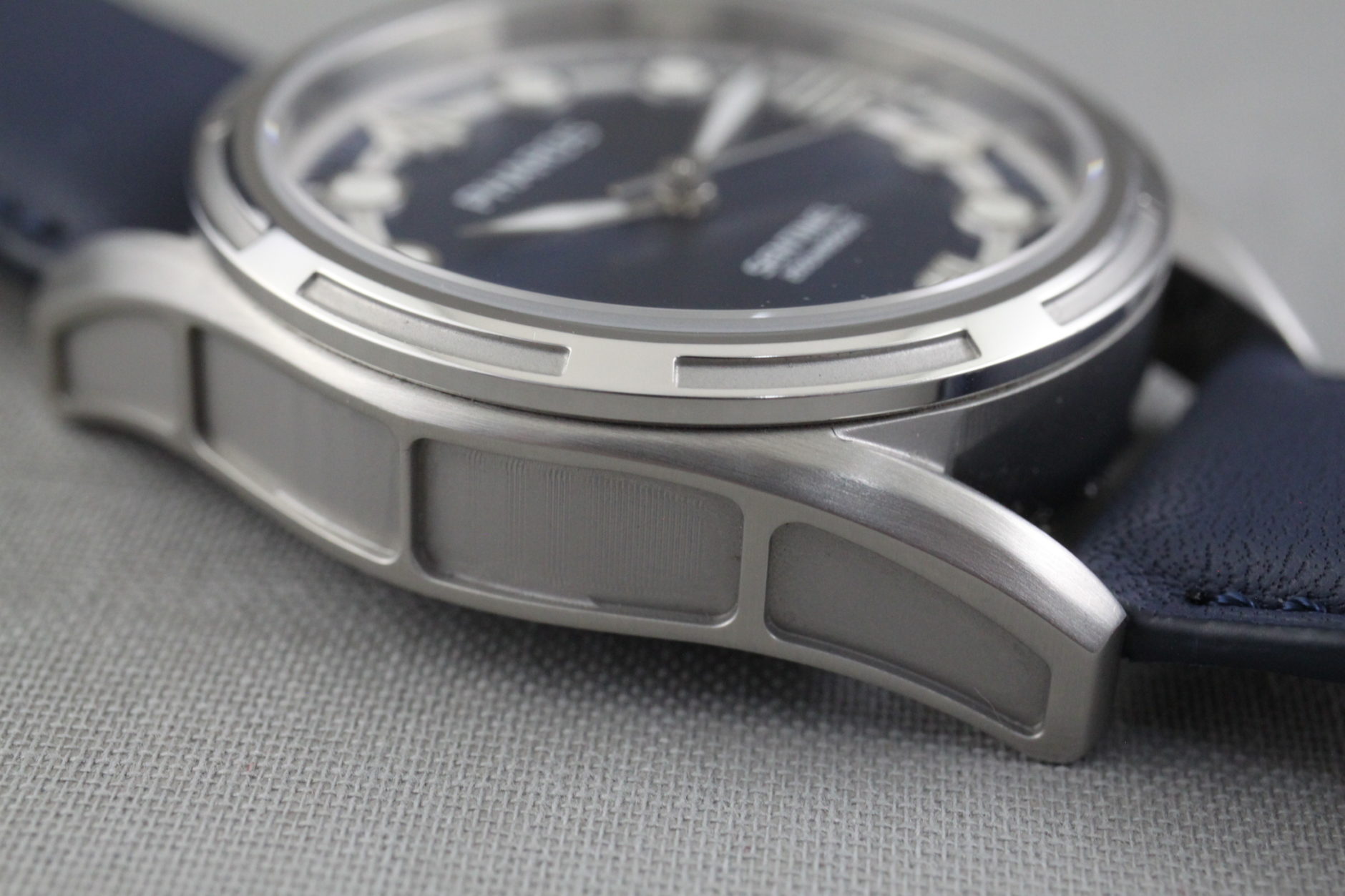 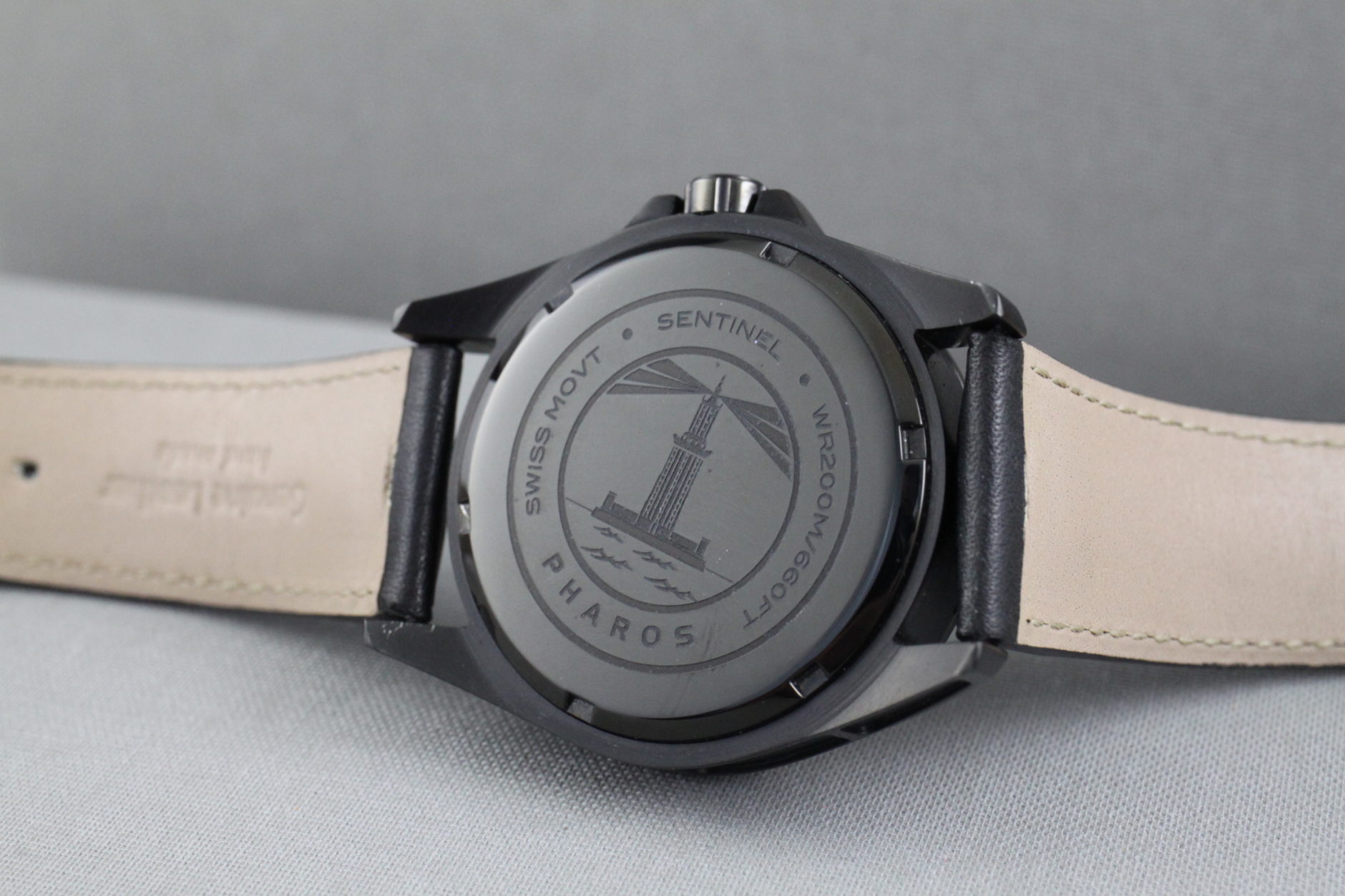 If the notion of lume-focused timekeeping sounds appealing but the spider web-like dial design of the fully lumed Pharos Sentinel is too offbeat, there is the option of picking up a Sentinel with a closed dial that has a sunburst finish. We were able to see the blue option (see above slideshow) for an extended period but the green version is just as nice.

Each watch comes on a leather strap that is of higher quality than you might expect to find at this level of watchmaking. There is the option of adding a stainless-steel bracelet for only $40 more during this pre-order period (a rubber strap is included in each purchase as well). We’ve seen a number of luxury watchmakers play with luminescence and make it a defining motif in their collections (most notably Sarpaneva), but to my knowledge, there’s never been a well-executed option at this price point. Given the fascination for lume by watch enthusiasts in general, the potential market for Pharos is quite large and I’m looking forward to seeing where the brand goes from here. The Pharos Sentinel launched on Kickstarter today with a number of packages available to supporters who pre-order with the most basic package landing right under $500. You can learn more here.