Prior to the Quartz Crisis that ravaged the Swiss watch industry in the 1970s and ’80s, Oris had an extensive history of in-house movement production. In fact, between the year of its founding and 1981, the year in which the company’s management decided to cease producing its own movements in favor of outsourcing ébauches from ETA and later Sellita, Oris had developed a total of 229 in-house calibers. These included historically significant examples like Caliber 652 in 1968, which featured the first pin-lever escapement movement to be chronometer-certified by the Neuchatel Observatory, and 1970’s Caliber 725, when the brand released its first chronograph. From 1982 onward, Oris would place its focus on the less-intensive, and less costly, process of producing in-house modules for the base movements it acquired from its Swiss suppliers.

As Oris was heading into its centennial in 2004, however, its current ownership and management — headed by executive chairman Ulrich W. Herzog, one of two Oris employees who’d orchestrated the buyout from the nascent Swatch Group back in 1982 that made Oris an independent company — decided it was high time to plunge back into developing movements in-house from the ground up. To this end, Oris watchmakers and designers teamed with Switzerland’s L’École Technique Le Locle to design and produce a mechanical movement that would include a high level of functionality but would also be cased in watches that could be comfortably produced at Oris’s famously accessible price points.

The project, which required 10 years of research and development, saw fruition in 2014, Oris’s 110th anniversary, with the aptly named Caliber 110. The manually wound caliber, Oris’s first mechanical one developed in-house in 35 years, made its debut in a limited edition from Oris’s dressy Artelier collection and it offered a remarkable 10-day power reserve that was stored in a single, extra-large barrel. In the five years since the movement made its debut at Baselworld, Oris has built on Caliber 110 with added complications, each new variation adding a level of complexity and each introducing a new combination of functions.

Today, Oris is set to launch the latest of its improvements on Caliber 110 with the new ProPilot X Caliber 115, a skeletonized timepiece that looks unlike any watch released by the brand in recent memory. Oris currently offers a skeleton timepiece within its Artix GT collection, but openworking its in-house movement provided a unique set of challenges that took around two years of R&D. The process that goes into typical skeletonization requires the removal of parts of the dial and parts of the movement, and figuring out whether or not the caliber — with its extra-large barrel — would be able to function properly (and still look attractive) with various parts discarded was a serious question.

Luckily, Oris’s designers and technicians were able to tackle the problem while still keeping some of the intrinsic details that define an Oris pilots’ watch. The knurled bezel, inspired by jet engine turbine blades and a standard Big Crown ProPilot feature, remains. As does the large, non-linear power reserve display at 3 o’clock that is characteristic of all modern Oris watches that feature an in-house movement.

Other things have changed in significant ways. Perhaps most notably, the extra-large barrel, now fully visible at 12 o’clock, has been skeletonized to its full extent so that the watch’s wearer can view the mainspring coils tighten as the watch is hand-wound. Another surprising design choice is the finishing of the movement and bridges, or the lack thereof. Where most Swiss brands pride themselves on the minutiae and labor involved in hand-finishing movement components, Oris has instead opted for no unnecessary decoration as a statement to the “raw” nature of its watchmaking. The skeletonized bridges are matt gray rather than polished and the movement features absolutely no chamfering or beveling. Oris also adjusted the design of Caliber 115 so that rather than placing the small seconds display at 3 o’clock, it’s positioned between 7 and 8 o’clock. Finally, this is the first pilots’ watch from Oris to jettison numerals in favor of indexes.

The multi-piece titanium case is somewhat substantially sized at 44 mm, but the titanium bracelet with the snakehead-esque “lift” clasp is fully integrated into the case — and designed exclusively for the Big Crown ProPilot X Caliber 115 — which should aid in wearability. There’s also the option to purchase the watch with a black leather strap with a “lift” clasp made of titanium. The screw-down crown is also made of titanium and helps aid the watch with its 100 meters of water resistance.

At over $7,000 ($7,200 on strap and $7,600 on bracelet), Oris is aware that the Big Crown ProPilot X Caliber 115 might be a tough sell for its average customer, but according to the company’s Chief Operating Officer Beat Fischli in the release that accompanied the watch’s announcement, Oris felt emboldened to try something different due to the success of the previous watches in the Caliber 11x series.

“After these developments, we felt ready to produce and release a high-concept piece that would show the world on another level who Oris really is.” 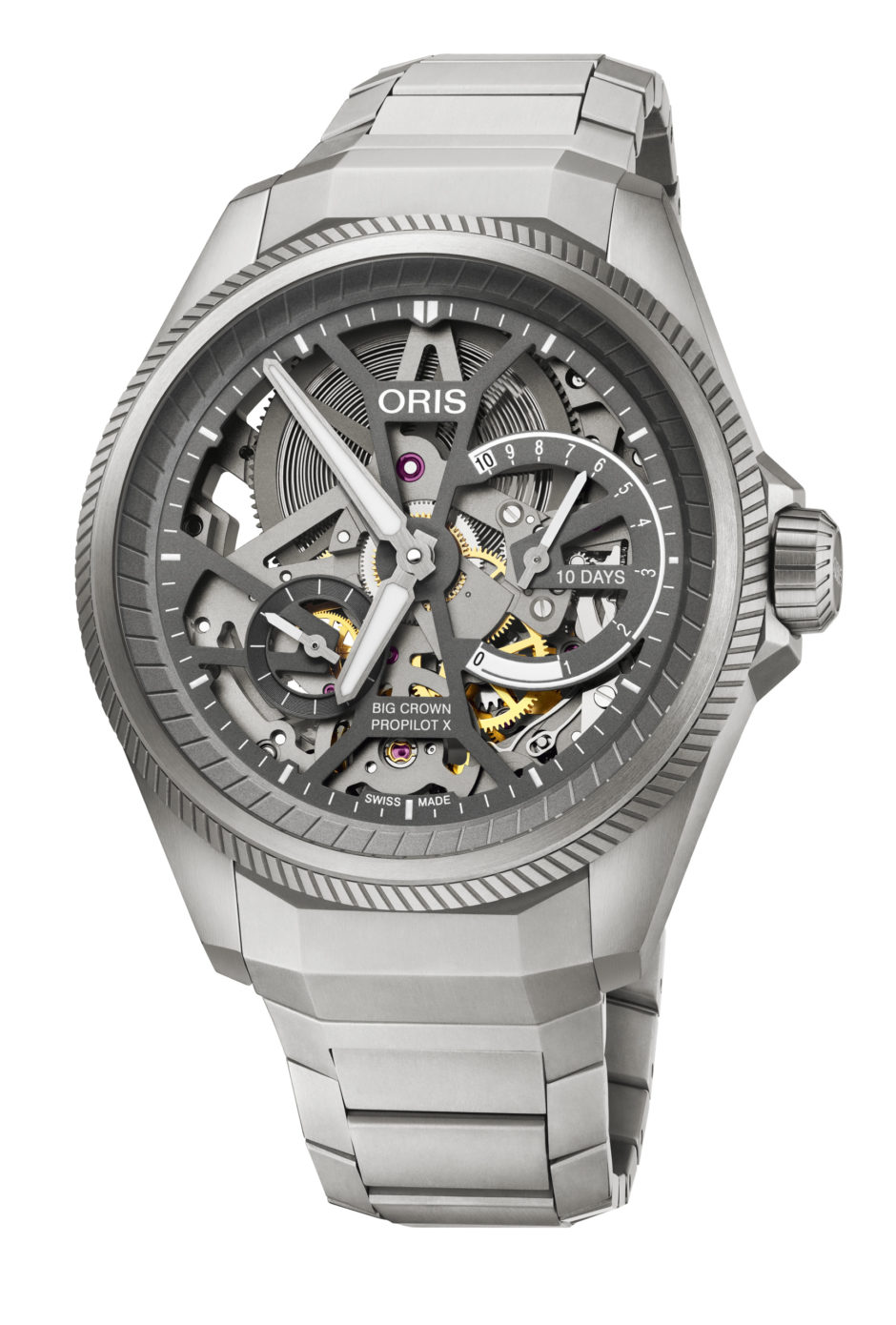 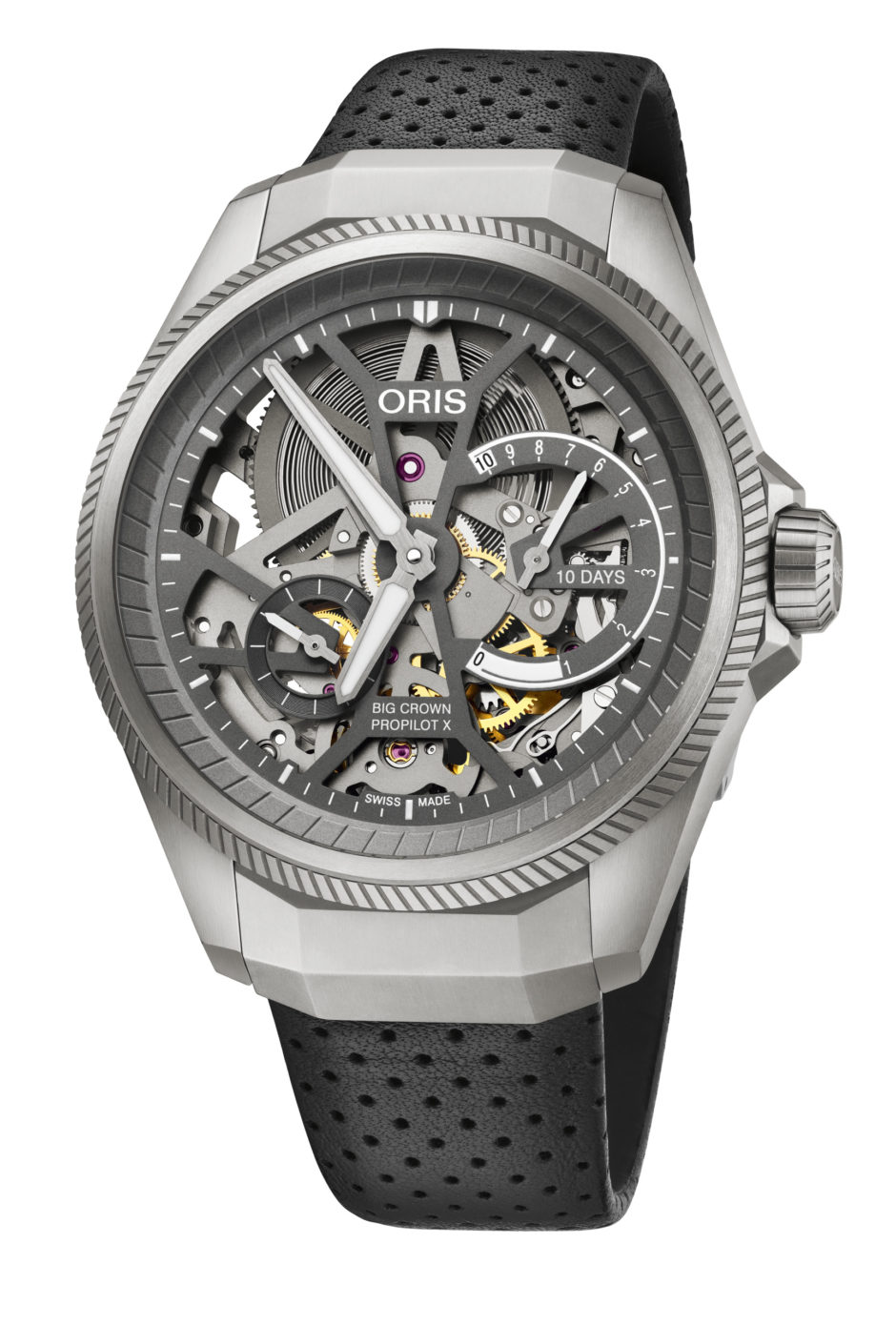 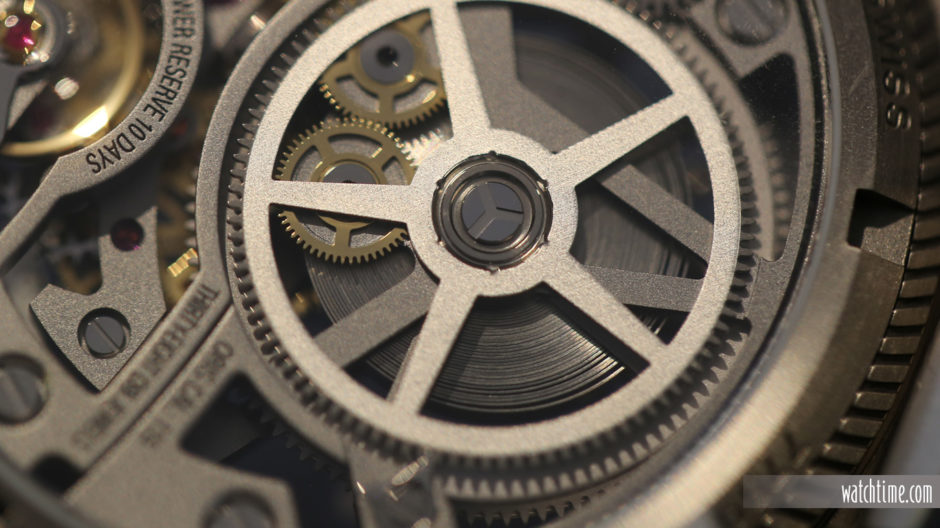 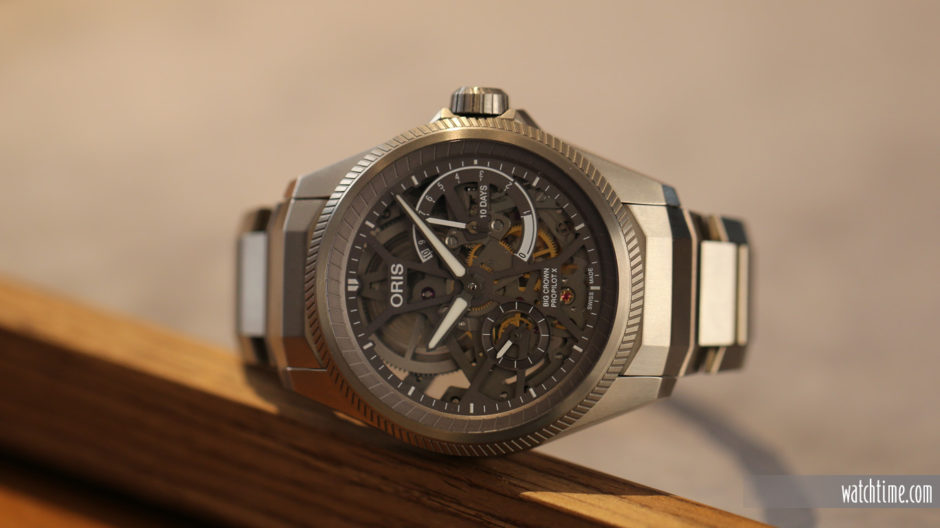 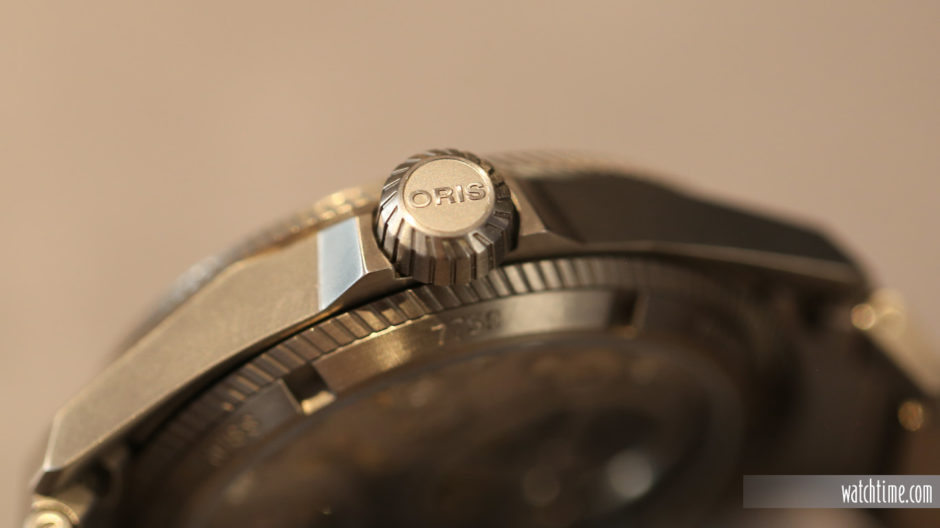 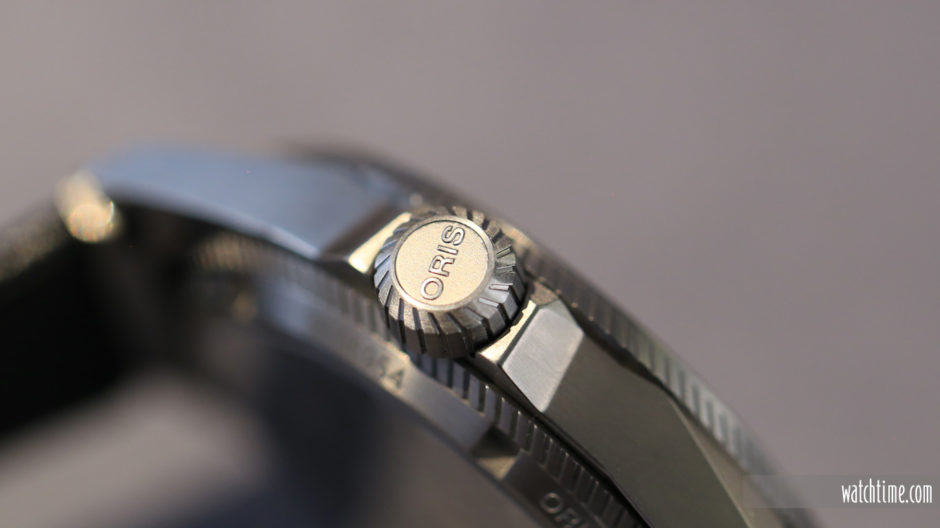 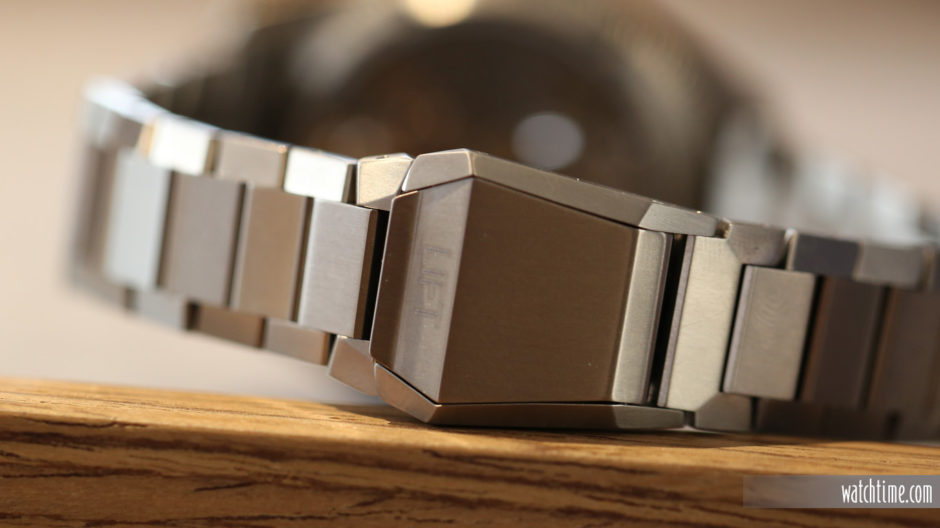 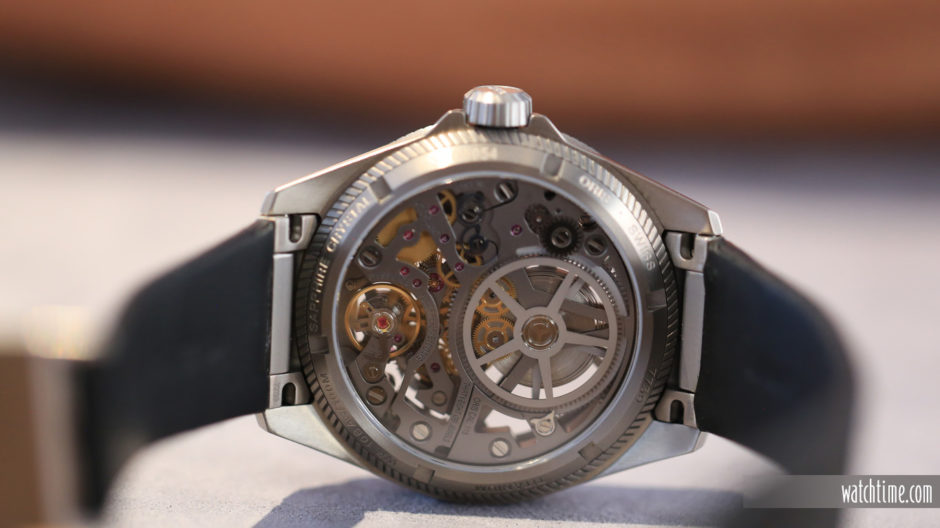 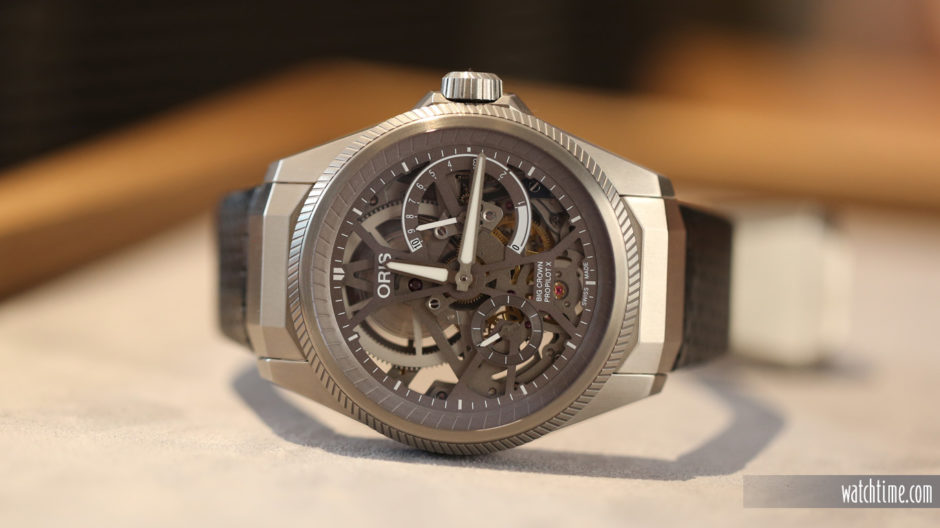 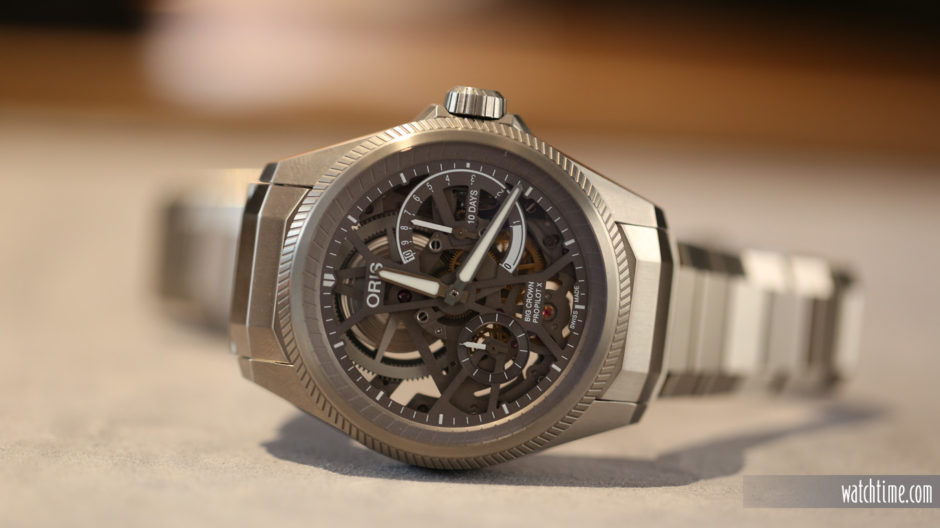 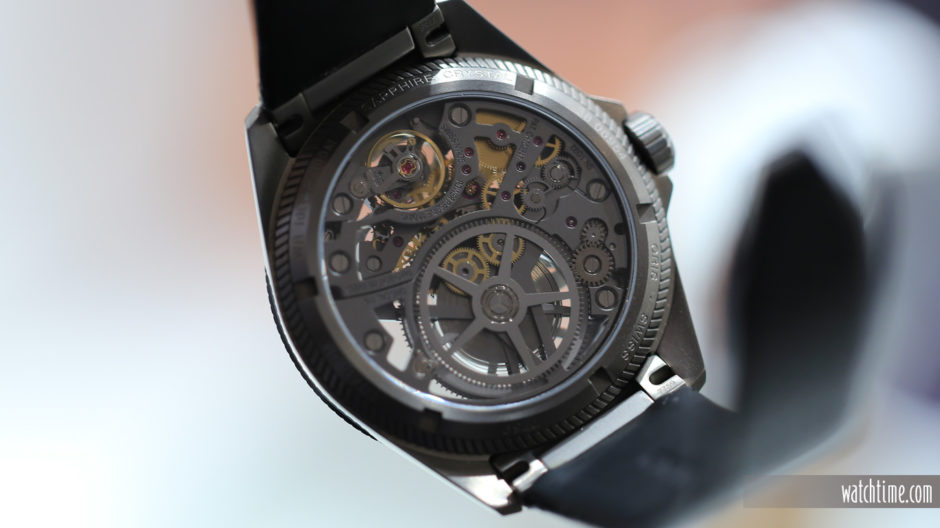