While Nomos has been focused on its more sports-watch oriented range in 2019, it has recently announced that it is bringing back one of its most important models in a new size, case material, and with a different movement. Say hello to the new Metro rose gold 33. 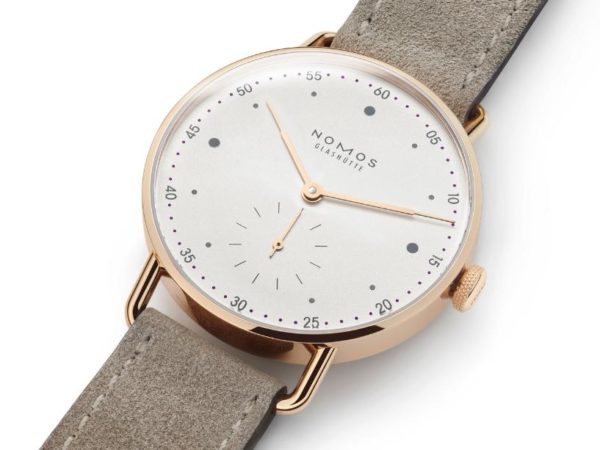 Designed by Mark Braun, the first Metro model was unveiled in 2014 and it was the first Nomos timepiece to feature the brand’s Swing System escapement, effectively launching the DUW series of movements. The new release is only the second Metro to be housed in an 18 kt rose gold case: In 2017, Metro rose gold neomatik 39 was introduced as part of the At Work series. It featured a rose gold case, coordinating beautifully with the muted gray accents on the dial and the brown leather strap crafted from Horween Cordovan leather. That watch was powered by the self-winding Nomos Caliber DUW 300. 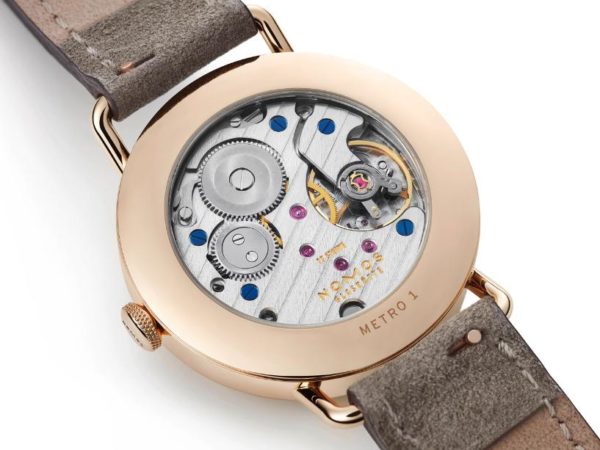 At just 33 millimeters in diameter, the latest edition to the Metro family is also the smallest iteration to date.  Given the diminutive case size, Nomos chose its in-house produced Alpha caliber. Alpha Caliber is 10 ½ lignes (23.3 mm) wide, so it sits well in the 33 mm wide case. The hand-wound movement has the traditional Glashütte three-quarter plate construction and a power reserve of 38 hours.

The watch is paired with a beige velour leather strap and rose gold winged clasp add the finishing touch. The dial features the characteristic rose gold hands that form a beautiful contrast with the gray hour markers and subtle violet minute markers.  The watch’s retail price is $7,200.

A version of this story originally appeared on WatchTime Middle East.

END_OF_DOCUMENT_TOKEN_TO_BE_REPLACED 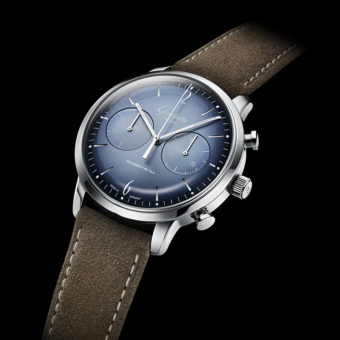