It seems like every year I receive more and more questions from my non-horologically-inclined friends about Nomos Glashütte. It’s understandable. Over the past decade-plus, the German brand has made massive inroads in building a following in the United States. This is largely thanks to a highly-praised minimalist design palate, excellent marketing, accessible prices, and true in-house mechanical movements. Altogether, Nomos has found massive success in an arena that so many other brands are struggling with: How to appeal to a millennial and Gen Z audience without sacrificing horological prestige among longtime watch purists?

Today, Nomos is the largest producer of mechanical watches by volume in all of Germany and introduced at Baselworld 2018  a new collection that continues with the same design panache we’ve come to expect. While there are many widely known facts about the brand out there, such as it was founded two months after the fall of the Berlin Wall, there are still quite a few interesting details that not every watch enthusiast may know.

The Nomos R&D team is led by Mirko Heyne, co-founder of the German independent darling Lang & Heyne. All the way back in 2001, watchmaking apprentices Marco Lang and Mirko Heyne teamed up to start their own manufactory in Dresden. One year later, they introduced their first watch at Baselworld to critical acclaim. However, in the summer of 2002, Heyne left the young brand to head the Nomos research and development team, which has since lead to the introduction of many proprietary innovations such as the Swing System and the DUW 3001 movement (detailed below). Marco Lang kept the name of the brand and continues to produce around 50 watches a year.

For a Limited Time Only

Like many global brands, Nomos has a long history of producing limited edition timepieces that are only for sale from specific boutiques or distributed to certain countries. Often, this will consist of a certain colorway or a small dial detail commemorating the jeweler or the occasion. Nomos leans the other way and, more often than not, has produced totally unique watches that reflect the brand’s design ethos in often-unexpected ways. If you don’t believe me, check out some of the more memorable ones below. A few standouts include the Nomos Tangente Barneys New York (Japan-only), the Nomos Tangente Millenium 2000 (Austria only), and the Nomos Tangente Urushi (Japan only). 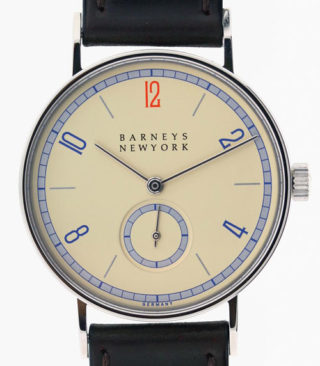 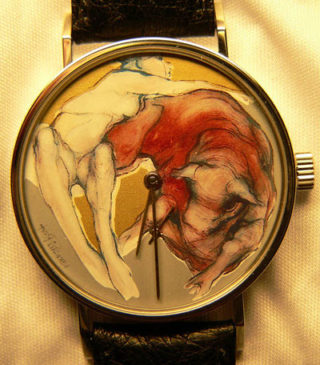 Nomos Tangente Millennium released in 2000 for the jeweler Pulferer in Austria. Credit: clubnomos.de
2/6 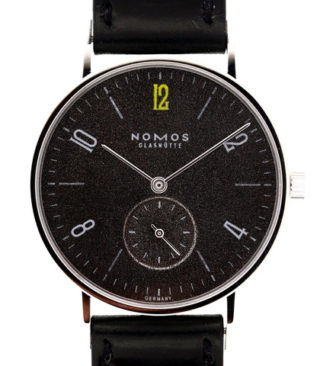 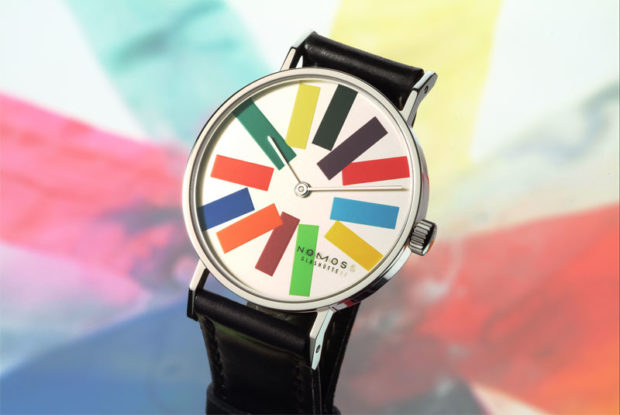 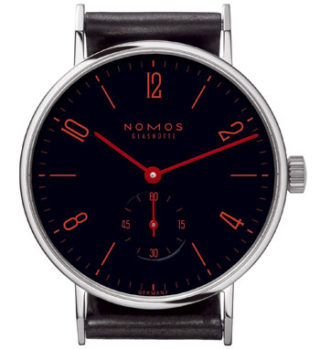 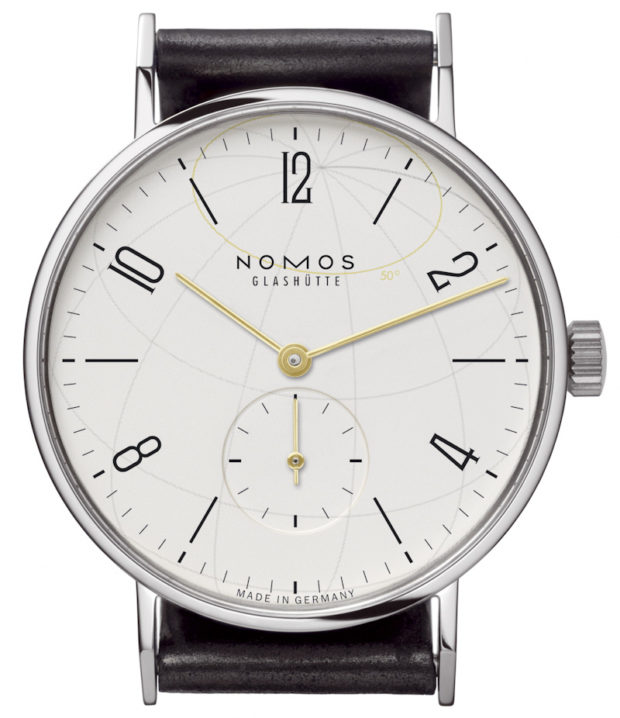 Since 2012, Nomos has collaborated with Ärzte ohne Grenzen, the Doctors Without Borders affiliate in Germany, to create limited-edition watches that raise funds for global aid. Before Nomos could officially partner with the worldwide humanitarian organization, it was subject to a series of inspections to confirm that its production methods and sourcing of materials met the strict ethical guidelines required by Doctors Without Borders. The watches are recognizable by small design changes, such as a Doctors Without Borders signature underneath six o’clock and a red 12 o’clock numeral at the top of the dial. There is also a caseback engraving to signify the watch’s merit.

While all the brand’s design work takes place in Berlin, the actual main office for Nomos is three separate buildings within the horologically-focused rural town of Glashütte. The small city is located about a two-and-a-half hour drive away from Berlin and about 45 minutes away from Dresden. Inside Glashütte, Nomos takes up three separate buildings where the watches and movements are built. The main office, where all the administrative work happens, is inside a former Glashütte train station. Speaking of train stations, Nomos also hosts its annual Baselworld party at the German one in Basel every year.

While Nomos has been celebrated for producing in-house movements since 2005, there are two recent proprietary innovations that stand out above the rest. Both the Swing System, introduced in 2014, and the DUW 3001 caliber, introduced the following year, have allowed the brand to completely change how it approaches production. The Swing System, which is the escapement used in all the most recent Nomos models, enables the brand to no longer be reliant on third-party suppliers and was a major step forward for its production capabilities. The DUW 3001, on the other hand, is a nearly completely in-house produced caliber that utilizes the Swing System, among other Nomos inventions, and powers the Tangente, Orion, Ludwig, Metro, Minimatik, and Club models. (The recently unveiled Autobahn and Update lines use the brand new DUW 6101 caliber, a spinoff of the 3001 movement.) The DUW 3001 is only 3.2 mm in height and features all the classic attributes of German watchmaking, such as tempered blue screws, a three-quarter plate, and ribbed polishing.