This week, we’ll be taking a look at Swedish brand Nezumi Studios’s fourth release, the 1960s and 70s inspired Corbeau. Nezumi isn’t a new name to the Vintage Eye series, with us previously taking a look at their popular vintage racing chronograph inspired Voiture model back in 2016, and its follow-up in the Baleine which took its influences from an eclectic group of historical divers and sports watches. The Corbeau continues to follow this thread in the brand’s growing collections by drawing its influences from some of the most renowned utilitarian chronographs of the past half century, and by effectively remixing these elements with some other historical flairs and new traits to create a watch that is unmistakably its own. 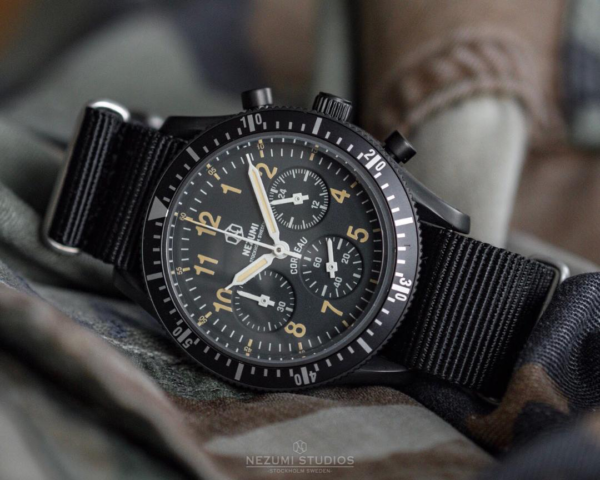 The new Corbeau is available in three different colorway options: the most modern is the Corbeau 1 which uses a brushed steel case and a gray dial with white and black accents. Then there’s the Corbeau 2, also with a brushed steel case, but now using a black dial with faux patina and white accents most of all recalling the new series’ vintage influences. The last colorway is the tactical PVD Corbeau 3, which differentiates itself foremost in the case and bezel coloration, but also through its use of an all-black dial with patina accents. Each of the watches comes equipped on a choice of three different NATO-style nylon straps to further add to its mil-spec aviation chronograph aesthetic. 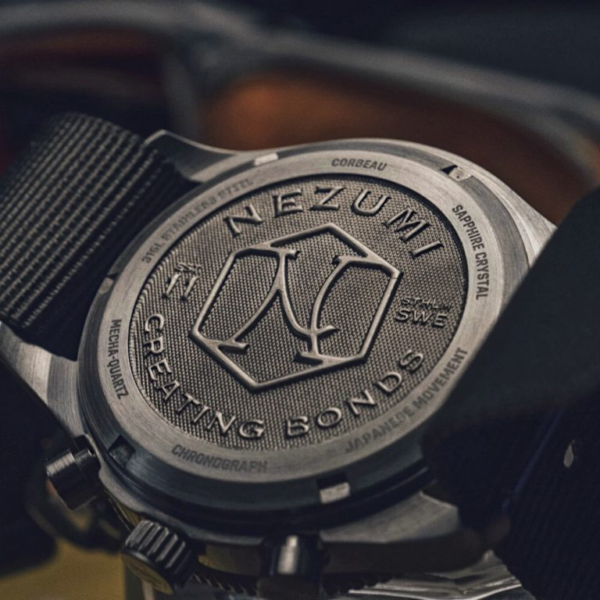 There are many details on the watch which will be recognizable to those familiar with the brand, beginning with the outer aspects in the 40-mm steel case. With its pump pushers, signed crown, and slightly twisted lugs, the case not only recalls the popular lug style seen in the Omega Speedmaster, but also the brand’s original Voiture through its same construction. Topping the steel shell is the unidirectional bezel (the same design as the Baleine diver), that sets the tone for the model’s vintage military style as we go deeper into its design features. Beneath the acrylic-alluding domed sapphire crystal is the aviation influenced dial with an outer minute ring, printed Arabic numerals, and three sunken sub-dials for a 24-hour counter, running seconds, and hour chronograph timer at the 3, 6, and 9 o’clock positions, respectively. 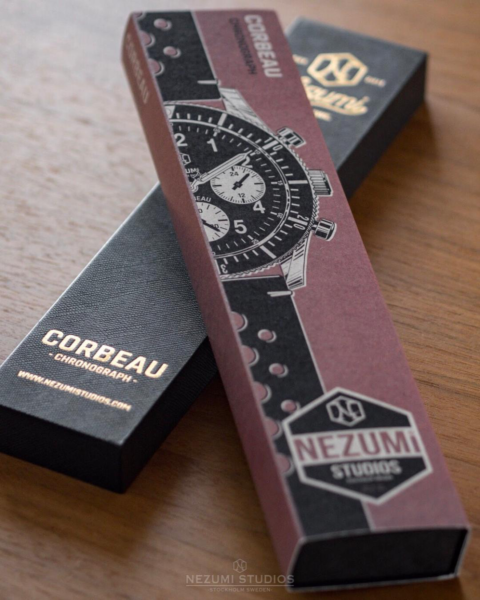 A small Nezumi logo lands right above the center of the dial with a Corbeau script balancing it above the bottom sub-dial, while two syringe hands sweep over the dial alongside a simple pointer chronograph seconds counter. The watch uses the Seiko VK63 Mecha-Quartz movement, which uses a base quartz movement with an additional mechanical chronograph component. Currently, the Corbeau is available for $345 in the American market, and $400 including VAT for EU residents. 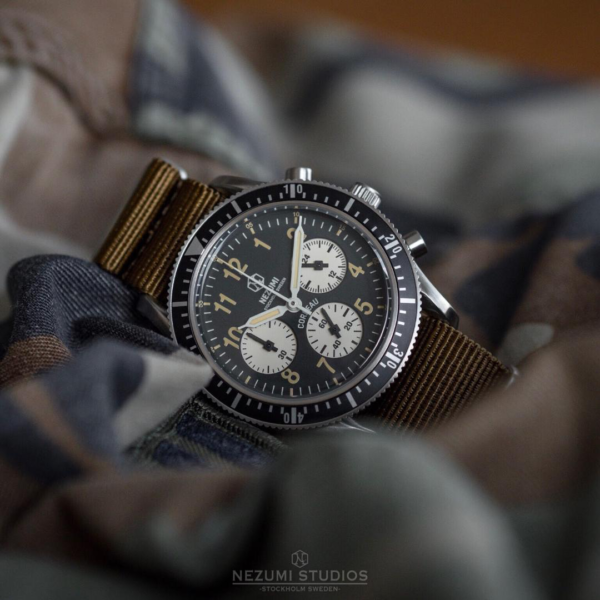 Like each of the previous watches produced by the studio, the Corbeau hosts an array of vintage designs within the modern format. Its foremost influences are seen from 1960s Heuer Autavias (like as this re-edition by TAG Heuer from 2017, the mid-century Heuer-developed Bundeswehr 1550 SG, the early ‘70s Lemania “Viggen” (picture below via Sotheby’s), and 1970s Porsche Design chronographs. 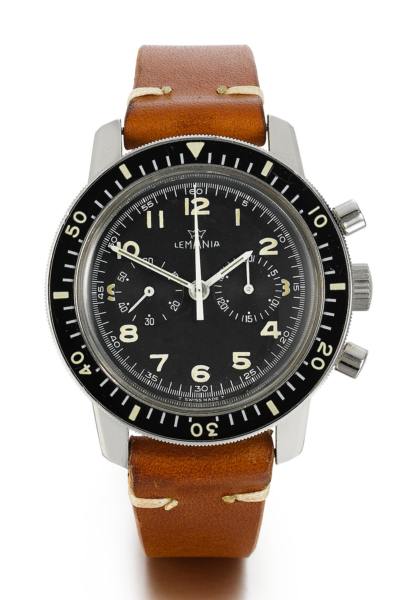 From the Autavia, you’ll notice a similar overall style in the combination of the dive bezel with the triple sub-dials; while the Bundeswehr’s influence is seen not only in the bezel and chronograph combination but also in the minute ring and Arabic numerals. From the “Viggen” (which we covered a modern re-issue of by Siduna last August), we again see a similar configuration between the bezel, chronograph, and hour markers, but now with an additional military tightness not seen on the clunkier Heuer models. Finally, we see the influence of other watches like the iconic Porsche Design chronographs in smaller details such as the matte PVD design found on the Corbeau 3, or a Jaeger-LeCoultre Diver in the syringe hands, or an Omega Speedmaster in the curvature of the lugs.

What’s unique about the Corbeau is how the brand brings all of these elements together in a single model to create a modernized military style watch like few others on the market today, especially in this price point. Between the combination of colors, faux patinas, hands, numerals, and the steel case housing it all, the Corbeau is offering a memorable take on a traditional mil-spec style watch. This is all done in combination with a few extra details that are becoming hallmarks of the Nezumi brand, like in the style of the bezel, the thick hands of the sub-dials, the Mecha-Quartz movement, the various color options, and the case with its lugs and engraved case back. I might have included the Speedmaster-style seconds counter with the brand’s logo used as a counterweight, like that seen on the Voiture, to add to the unique style of the company, but I suppose the plain pointer is more honest to the Corbeau’s vintage influences.

The reason a lot of writers and enthusiasts like Nezumi is foremost because the young brand’s ability to remix an era of watch genre — mil-spec aviation watches in the case of the Corbeau — with modern technology and unique, brand-specific designs. On top of this, the brand is beginning to become consistent in some of the pieces it uses in its watches, like the style of the sub-dials, hands, and caseback, or even less noticeably in the hybrid Seiko movement, which cuts the price of the model considerably, making it more accessible overall.

For the most recent article in the “Vintage Eye” series, in which we compare the DOXA SUB Searambler “Silver Lung” to its historical counterparts, click here.