Ming Thien is a writer, a photographer, a physicist (he graduated from Oxford at age 16!), and currently the Chief of Strategy for Hasselblad. He’s also the namesake and face of a microbrand that began to make waves across the horological blogosphere late last year. Back in the fall, Ming Watches released its first limited edition timepiece, named the 17.01. It was soon followed by the 19.01, which boasted a 100 power reserve. And, as of earlier this week, they have released their spin on a GMT. 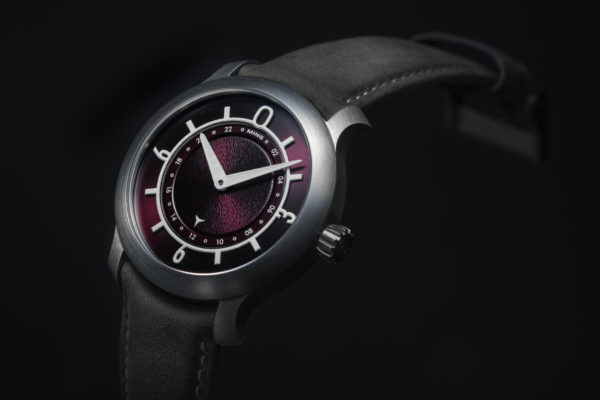 The Ming 17.03 GMT is the young brand’s first non-limited timepiece. It borrows the simple-yet-refined design from the brand’s first watch, but tacks on a subtle second-time-zone indicator that not only looks great but is highly legible and a breeze to use. There were also a series of other small design and material changes made from the 17.01 in order to improve not only the watch’s appearance but its overall quality. This is a smart move for the brand. Rather than bailing out on a design that performed well in its limited run and then trying to find the next “big thing,” they’ve doubled down on how they approach their lineup and are showing that they’re here to stay. In a time when social media has made it amazingly easy for brands to pop up and disappear overnight, the small team at Ming deserves credit for refusing to stray from what their growing fanbase appreciate them for.

The main improvements here are focused on the physical body of the watch. The Ming team switched case suppliers, and while they don’t identify the manufacturer they describe whoever it is as “one who normally works with watches in a price category 2-3 times above” Ming’s price point. The material of all the metal components other than the bracelet screws and butterfly buckle are now grade 2 titanium rather than the grade 5 Ti-Al-V that was used in the 17.01 and 19.01. This gives the watch a sportier, all-brushed look. Even the caseback screws are titanium and have been treated with a special anodization to prevent metal to metal contact welding over time. The lugs have been extended to make changing straps easier and for a more comfortable wrist feel. A matching bracelet with multiple short links and articulation points was designed from scratch to fit all wrist sizes comfortably. The crystal has been coated in a five-layer antireflective material and the lume has been amped up as well. The Ming team used a 30-layer coating process on the sapphire donut in the center of the dial to build up the thickness to 0.3 mm. The hands were skeletonized and then filled with a central reservoir of lume, with the hour and minute hands having a different pattern.

They also upgraded the movement, trading in the hand-wound Sellita caliber SW210-1 for a modified Sellita SW-330. Even with the added GMT complication, the thickness stays basically the same, coming in at only half a mm wider (9.8 mm). The watch itself is 38 mm. Like I mentioned before, the way the GMT functions is surprisingly simple. You set the second time zone by pulling it out a single notch and adjusting the luminous star inside the ring to whatever other time you’d like. It jumps in one-hour increments to match the exact time. 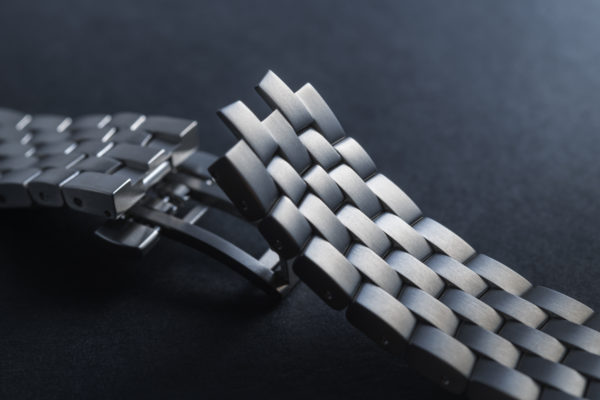 Like the two watches before it, all the production is handled in Switzerland with final inspection happening in Malaysia. It comes with the aforementioned titanium bracelet, a dark chocolate nubuck leather strap, an anthracite nubuck leather strap with white stitching, and a calf leather travel pouch.

The watch is available to purchase right now from the Ming website and is priced at $1,650. 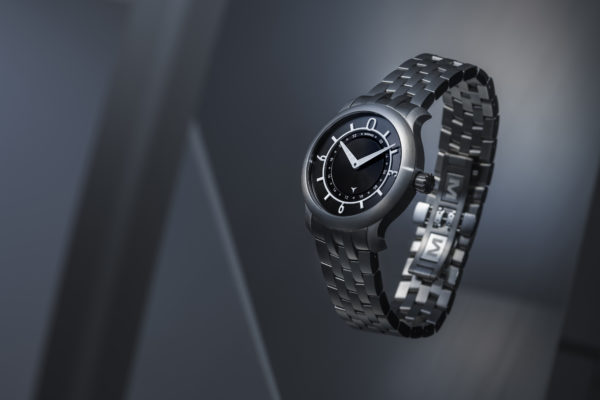 No Responses to “Ming Watches Introduces the 17.03 GMT”