WatchTime New York, America’s largest luxury watch show, starts on Friday! As we continue our countdown to the long-awaited collectors’ event, taking place at Manhattan’s Gotham Hall on October 26-27, we are highlighting notable new timepieces that guests will discover there. Today, we’re taking a look at MB&F’s ninth Horological Machine, the aptly-named ‘Flow.’ 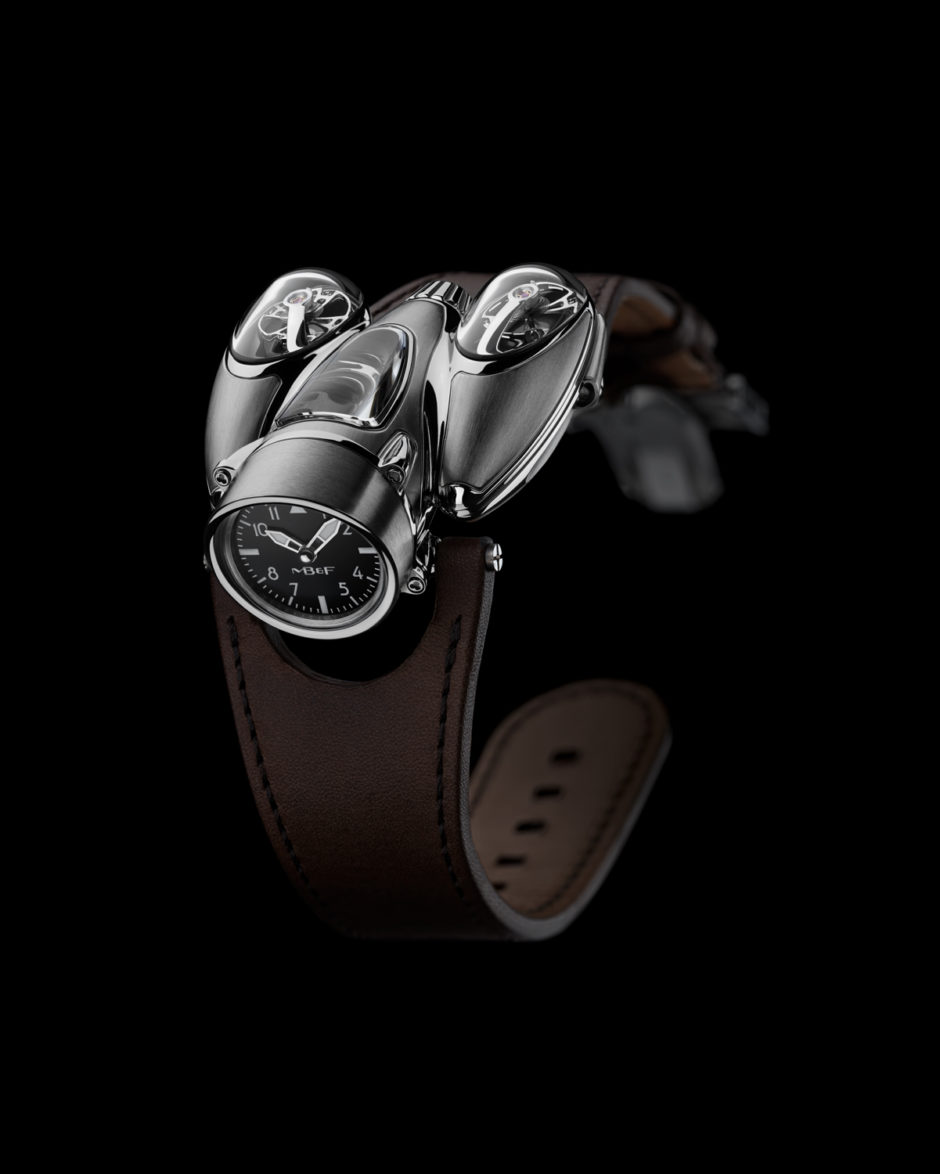 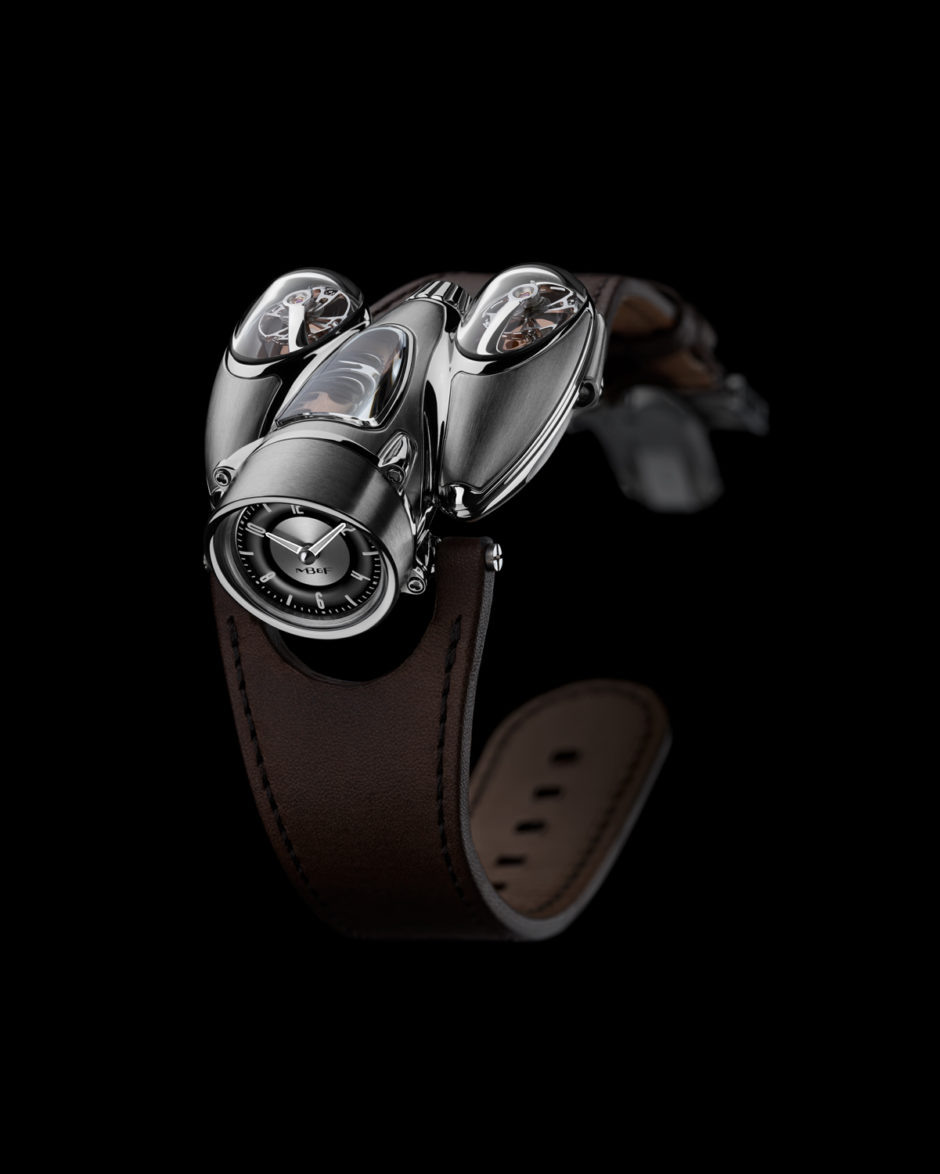 Although it is directly influenced by the streamlined appearances of mid-century automobiles, like the Mercedes-Benz W196 and 1948 Buick Streamliner, and aircraft, like the De Havilland Venom, the MB&F HM9 Flow stands out as a different sort of mechanical beast. It follows closely in the spirit of previous Horological Machines like the HM4 Thunderbolt and HM6 Space Pirate through its complex combination of milled sapphire crystal and titanium case, yet represents a whole new design language for Max Büsser and his cohorts.

At first glance, the HM9 more closely resembles a jet engine, with its blend of alternating polished and satin finishes and space-age look, than any sort of timepiece. But it is a wristwatch and a fantastically ingenious one at that. Dualing balance wheels that operate independently of each other are found on each flank of the watch underneath domes of sapphire crystal. The central body of the watch houses this unique movement with a differential that averages the output of both balance wheels. 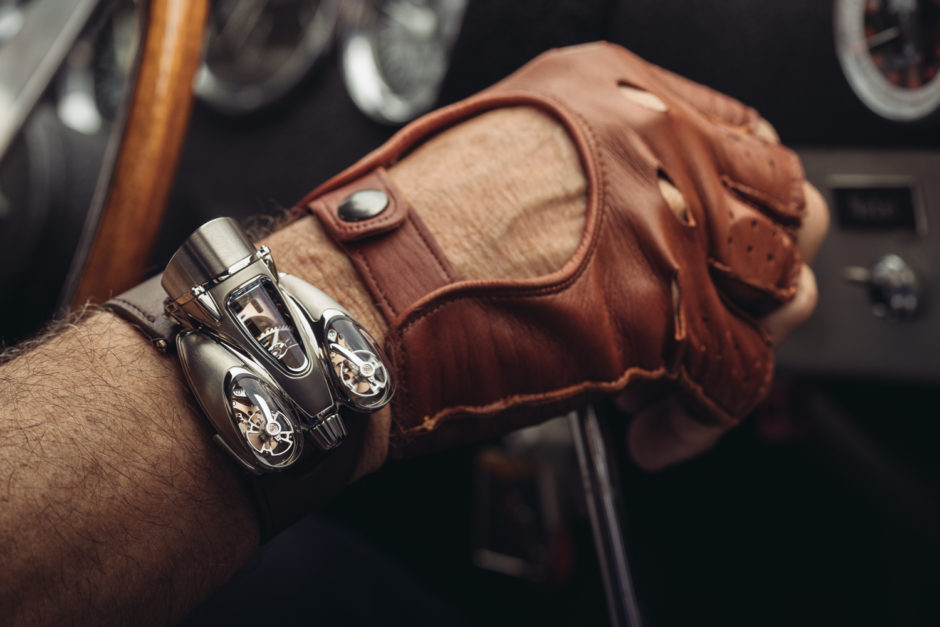 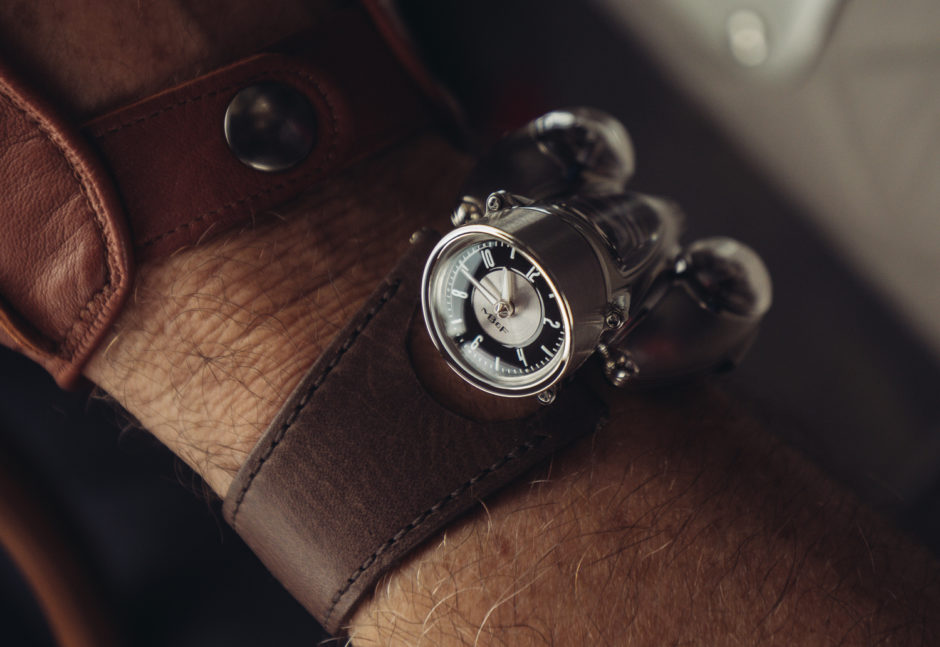 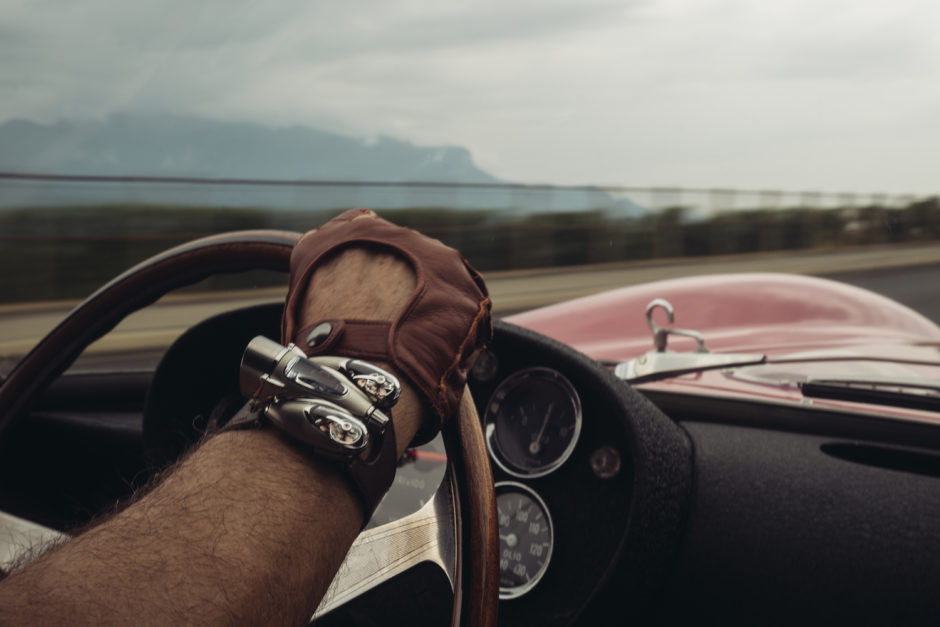 Acting as a hybrid drivers’ wristwatch, the dial is locating on the inward-facing side of the watch and displays hours and minutes. It’s connected to the movement through a conical gear structure that enables the 90-degree time-telling mechanism. Winding and setting are accomplished via a fluted crown located on the rear of the central body. What MB&F describes as “two satin-finished air scoops” are mounted next to the domed flanks containing the balance wheels. This is meant to recall the raised vents found on high-performance motor engines. 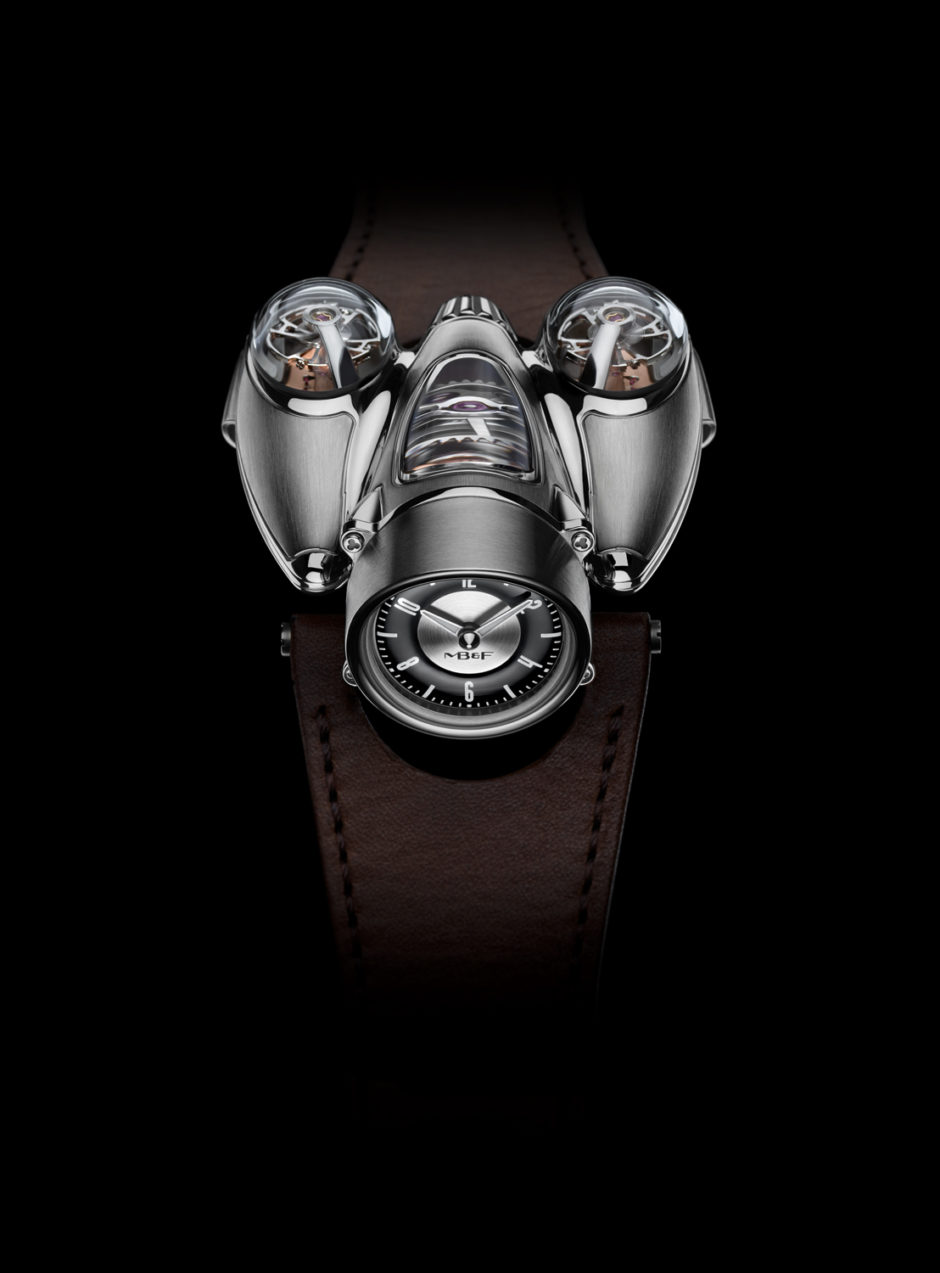 Face view of the Road Edition
1/4 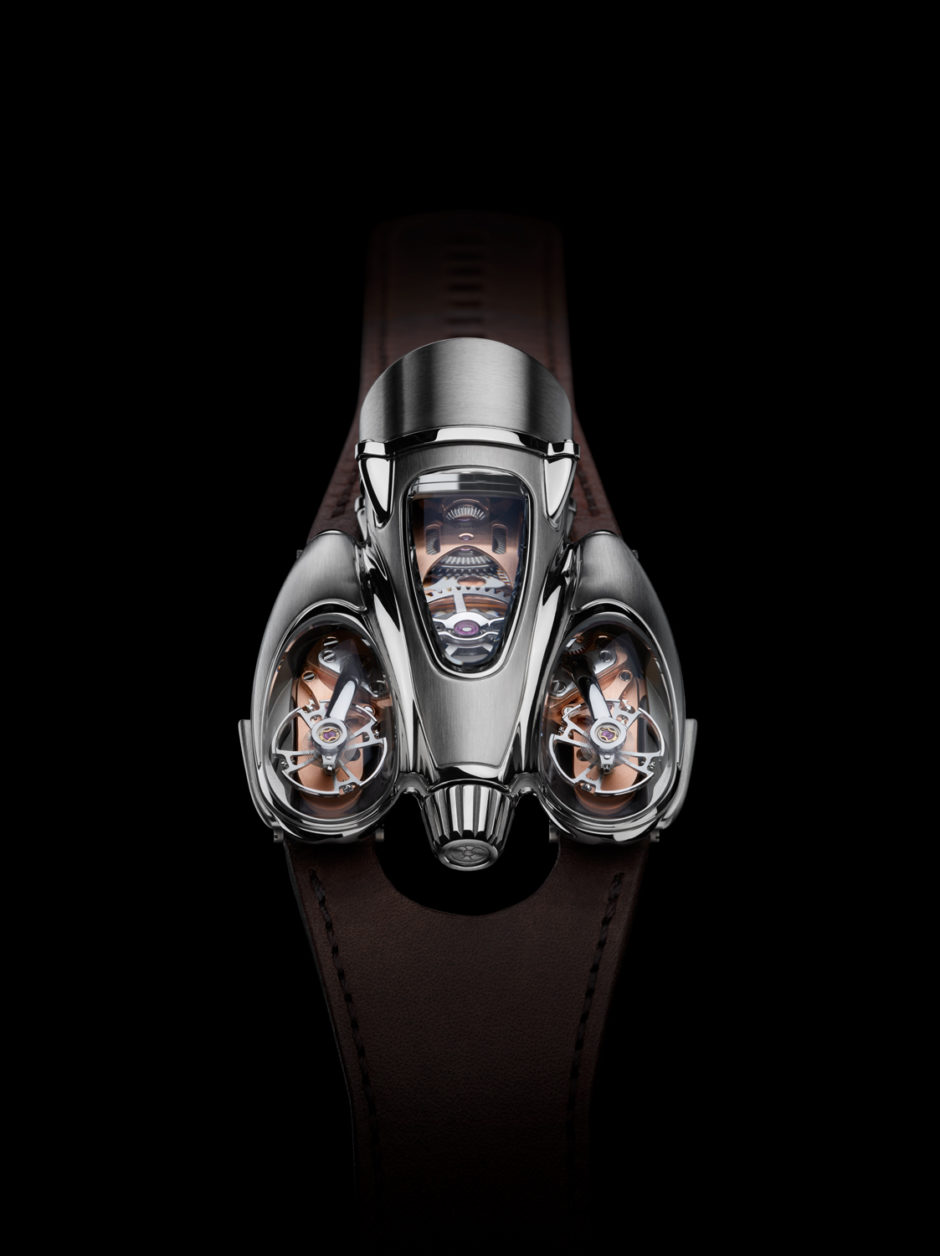 Top view of the Road Edition
2/4 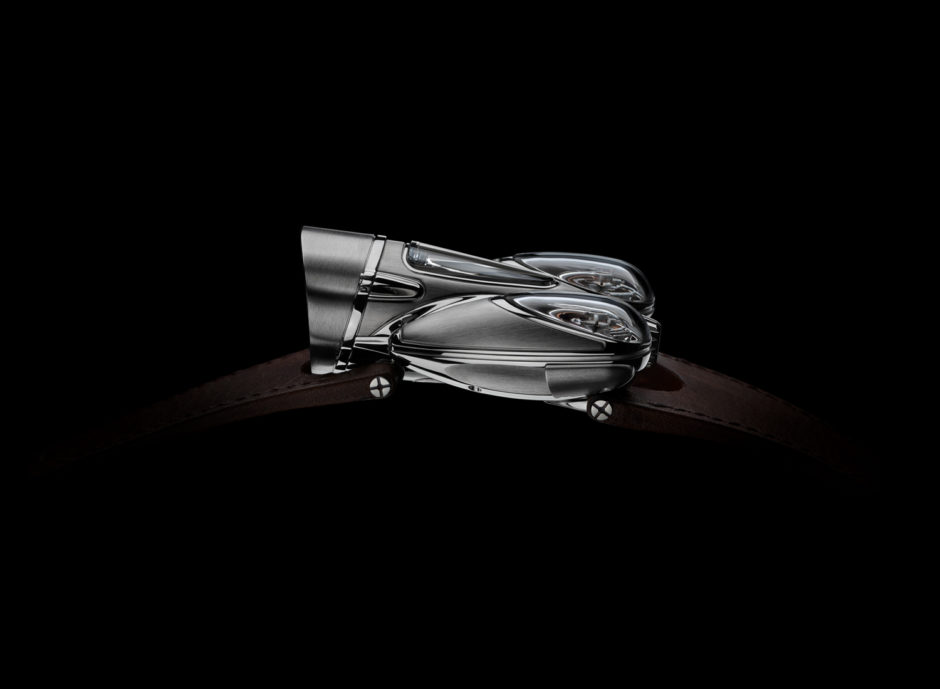 Side view of the Road Edition
3/4 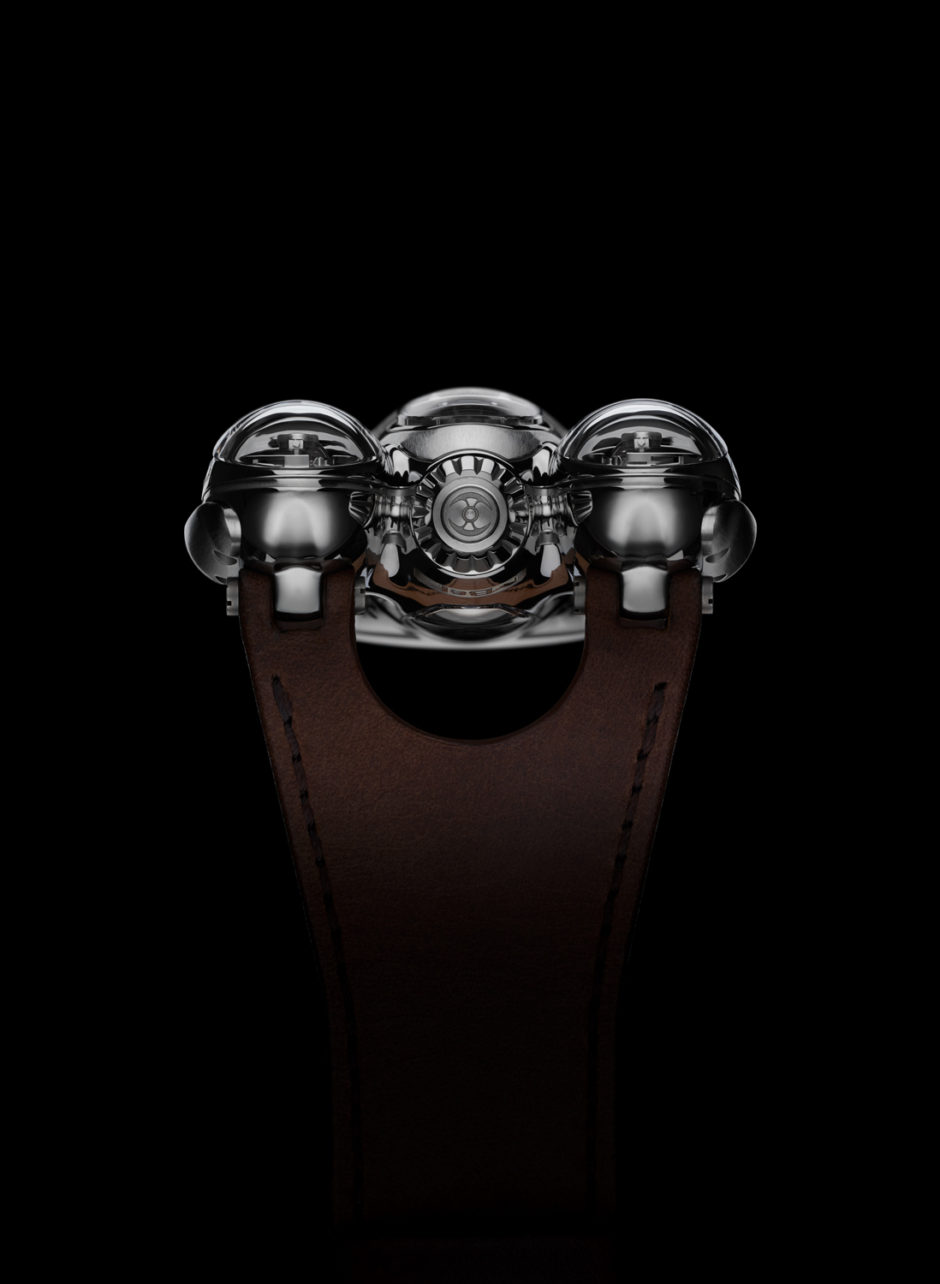 Back view of the Road Edition
4/4

The totally in-house developed movement offers a 45-hour power reserve courtesy of its single barrel and took over three years to produce. The case, made of grade-5 titanium, uses a three-part construction with over 40 components. It’s total dimensions arrive at 57 mm by 47 mm by 23 mm.

Two iterations are now available and will be presented at WatchTime New York 2018, the “Air” model has a dark movement and aviator-esque dial design, and the “Road” version has a rose-gold plated movement and speedometer-style dial. Both versions come on a hand-stitched brown calf-leather strap with a custom-designed titanium folding buckle and are priced at $182,000, not including tax.

Interested in seeing and trying on the MB&F HM9 Flow for yourself? You can go hands-on with it plus hundreds of other timepieces from the 30 exhibiting brands at WatchTime New York. Tickets are going fast; order yours now!

END_OF_DOCUMENT_TOKEN_TO_BE_REPLACED 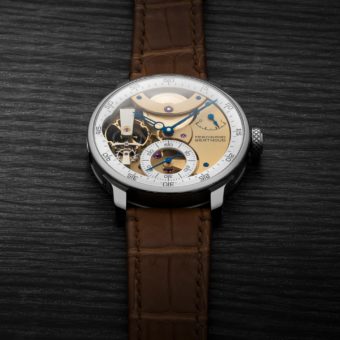