In our March-April issue, on sale now, WatchTime’s Jay Deshpande speaks to Bovet owner Pascal Raffy about his plans for the 187-year-old brand. In this feature from our December 2009 issue, writer Lucien F. Trueb explores Bovet’s history and the story of how Raffy fell madly in love with it.

Most watch firms based in Geneva tout their “Genève” affiliation. Not Geneva-based Bovet. Bovet proudly proclaims its connection to a far less known Swiss town: Fleurier. Fleurier is a village in Switzerland’s Jura Mountain valley of Val-de-Travers, where the Bovet family has its roots. Now, nearly 200 years after the firm’s founding there, the Bovet brand is flourishing again in Val-de-Travers in a way that was unthinkable 10 years ago. Thanks to its new owner, Pascal Raffy, Bovet has blossomed into a vertically integrated manufacture making its own hairsprings and tourbillon movements, with 200 employees, three production facilities, two brands (Bovet and Dimier) and a magnificent 13th-century château overlooking Fleurier.

The Bovet story begins with Edouard Bovet, born in Fleurier in 1797, the first of four sons and a daughter of master watchmaker Jean-Frédéric Bovet. After completing his watchmaking apprenticeship, Edouard Bovet and two of his brothers moved to London, which was the center of watch manufacturing and the watch trade at the time. He was immediately hired by a watch firm and dispatched in 1818 to work as a watch repairer in Canton, the only Chinese city that granted resident status to “red-haired barbarians,” as European merchants and professionals were known.

The flourishing China watch trade prompted Edouard Bovet, while based in Canton, to start his own business in 1822. He founded a company with two brothers in London and a third brother in Fleurier. Before long, utilitarian watches with luxurious accoutrements became known in China simply as “Bovets.” The watches had pearl embellishments and miniature enamel artworks painted in Geneva that appealed to cultivated Chinese. Unlike the extremely luxurious watches of their era, Bovet timepieces were affordable for upper-class Chinese civil servants and merchants.

The watches’ movements, often finely engraved and chased, could be viewed through panes of glass in the casebacks. Their central seconds hands, which advanced by one leap per second, were another special feature. Bovet adapted his production to suit the Chinese custom of giving valuable gifts (such as statues, vases, horses or even concubines) in pairs. In this way, he was frequently able to sell two identical watches to the same purchaser. If one timepiece malfunctioned, a spare was on hand. This was most welcome because many months would pass before a watch sent to Switzerland for repair made its way back to China.

Edouard Bovet returned to Fleurier a hero in 1830, accompanied by his four-year-old, Macao-born son, Edouard-Georges. He was not there long because he immediately got caught up in local politics. Neuchâtel at that time was ruled by the King of Prussia and Bovet was part of a movement agitating for independence. When an attempted revolution against Prussian sovereignty failed in December 1831, Bovet fled to Besançon, France. There he continued to manufacture timepieces with the help of other exiled watchmakers. The lordly home in Fleurier, which his brothers arranged to have built for him according to his written instructions, remained empty at first; it serves as a community center today.

Edouard’s brothers and nephews, all shareholders in the family business, took care that the pillars of the Bovet business in Fleurier, London and Canton continued to flourish. The firm was re-registered in 1840 as “Bovet Frères et Cie” with a share capital valued at one million francs. Edouard died in 1849, living long enough to see the triumph of the Neuchâtel republic and the retreat of the Prussians in 1848. There was an orderly transfer of power in the Bovet firm. Manufacturing continued in China. At the Exposition Universelle in Paris in 1855, the firm won a gold medal for an identical pair of watches ordered by the Chinese emperor.

In the course of the next generation, the cosmopolitan Bovets lost interest in watchmaking and sold the manufacturing facility in Fleurier to its managers. The Bovet firm evolved into a trading company that exported watches and other Swiss products to China, and imported Chinese silk and tea, primarily through the Bovet subsidiary in London. Finally, the business was sold for 100,000 gold francs to Leuba Frères at an auction in Paris in 1901. It changed hands again in 1918, and returned briefly to the Bovet family in the 1930s. It passed permanently out of family hands in 1948. Bovet watch production halted in 1950 and the brand became dormant.

In 1997, the Bovet brand reappeared under new owners, Roger Guye and Thierry Oulevay. The new Bovet watches were well received. Particularly noteworthy was the “Fleurier” model: a small pocket watch modified for the wrist, with a crown and a massive, stirrup-shaped bow at 12 o’clock for attaching the strap. Instead of conventional lugs at 6 o’clock, it had a hidden attachment that gave maximum mobility to the band. This pocket-watch-inspired geometry has distinguished all Bovet watches ever since. Each Bovet, wristwatch as well as pocket watch, has the instantly recognizable feature of the crown and bow at the 12 o’clock position.

The major turning point for the Bovet brand in the modern era came in 2001 when the French-Lebanese businessman Pascal Raffy acquired the firm and began running it. Raffy was born to a French father and a Lebanese mother in Beirut in 1963. When the Lebanese civil war erupted in 1976, Raffy’s family left the country. They initially settled in Switzerland, and then moved to Paris, where an uncle lived, in 1978.

Raffy attended secondary school in the French capital, where he later studied law. After earning his law degree, he worked in the pharmaceuticals industry. Eventually, his entrepreneurial spirit kicked in and he founded his own pharmaceutical laboratory. He inherited a love of watches from his paternal grandfather, an enthusiastic watch collector who shared his passion with his young grandsons and grandnephews. At family gatherings on Sunday afternoons, he entertained the youngsters by putting his treasures through their paces and explaining complicated movements, beautiful enamel work and the techniques of engraving, guilloché and gemstone setting. The seed planted by the grandfather sprouted in Raffy in Paris, where he began collecting beautiful watches.

He ran his pharmaceutical business for 12 years, traveling more than 300 days each year. When his nine-year-old daughter lamented her father’s frequent absences, he promised her that he would change his workaholic ways and spend more time at home. Shortly after that, he sold his business and took a two-year vacation to devote himself exclusively to his family. But his banker knew that a dyed-in-the-wool entrepreneur wouldn’t be content to retire at the age of 40, so he arranged a meeting between Raffy and a man with connections in the Swiss watchmaking industry. The watch maven recommended that Raffy invest in that industry, but the young retiree initially refused. Soon after, however, Raffy laid his eyes for the first time on a Bovet watch, which fascinated and deeply moved him. He began an intensive study of Bovet’s watches and history. He valued Bovet as a prestige brand, which reflected his notion of genuine luxury as opposed to an apparently luxurious but mass-produced product.

Raffy decided to purchase the firm, and has since elevated it to the highest level of luxury. In keeping with Bovet tradition, 20 percent of its production consists of one-of-a-kind pieces created and/or decorated according to customers’ requests. But the most striking thing about Bovet today is how quickly Raffy has turned the tiny company into a vertically integrated manufacturing group.

Most of the Bovet buildup has come in the past five years. It began in 2004, when Raffy took a 25 percent share in Aubert Complications, in the Vallée de Joux. Aubert makes a module with retrograde perpetual calendar exclusively for Bovet, which mounts the module on Vaucher’s basic movement.

Since 2006, Raffy has invested heavily in developing Bovet’s manufacturing base. In 2006, he purchased STT (Swiss Timing Technology) Complications and STT Mechanical Movements, makers of tourbillons and calibers. STT, located in the Jura Mountain town of Tramelan, was founded in 1999 as Progress Watch. It was taken over by a Dutch Group in 2003 and renamed STT. STT was a Bovet supplier; it produced its seven-day tourbillon and other tourbillon movements. When STT fell on hard times, Raffy took it over. He christened it “Dimier 1738.” (Dimier was a prominent Fleurier brand in the 19th century; the “1738” was derived from the birthdays of Raffy’s children.) Raffy also acquired the Spirit hairsprings factory affiliated with STT and incorporated it into Dimier in Tramelan. There, he manufactures hairsprings with tolerances up to 0.1-micrometers. Raffy did the same thing with Aigat SA, which specializes in precision embossing tools and spark erosion for material removal. Today, more than 70 employees work at Dimier 1738.

END_OF_DOCUMENT_TOKEN_TO_BE_REPLACED 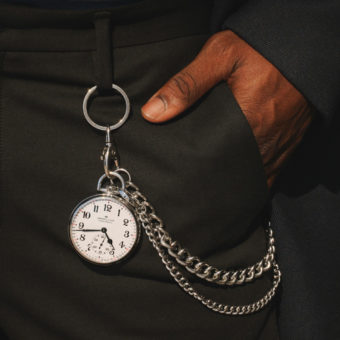