How can François-Paul Journe justify making a quartz watch when he is considered to be one of the greatest watchmakers alive? Simple: Perspective! Or, more to the point: How could he not? Watchmaking history had a major breakthrough when the quartz movement was invented and one doubts that even Abraham-Louis Breguet would not have jumped on this system if he had the know-how. Quartz movements are not as recent a development as many people think. The first quartz clock was built in 1927 by Warren Marrison and J.W. Horton at Bell Telephone Laboratories. Large and impractical in use, it nonetheless offered superior accuracy. Note that the first Swiss quartz clock only came after World War II, followed in 1969 by the first quartz wristwatch movement, Caliber 35A, Nr. 00234, from Seiko in Japan.

This revolution almost killed the Swiss watch industry, which was controlling more than 50 percent of the worldwide market. Mr. Journe — being so infused with horological history — could not ignore this major innovation. But he had to bring to it something new in his new quartz-powered ladies’ watch collection, the Élégante. The beauty of the quartz movement is that it gives a low-torque, constant energy. But where does the energy come from? The battery. So there were two ways to go about it – either change the source (the battery) or change the way it is used. The problem with creating a new battery is that there is no way to know whether it would still be produced in 30 years’ time. Thus, Mr. Journe decided to select a robust, yet easily accessible battery. But he set about working on limiting the consumption. When the watch is not worn, the battery stops (meaning the hands come to a standstill while the internal memory keeps track of the time) after about 30 minutes. During the standby mode, the microprocessor continues to keep time, while the mechanical parts — gears, rotors and hands — stop moving in order to save energy. When the Élégante is again worn, it automatically sets itself to the correct time, taking the shortest path — either clockwise or counter- clockwise — again, for the purpose of energy conservation.

Another very “Journe-like” innovation is the addition of an additional movement. In a typical quartz watch, there is one movement moving the second hand, which also, through a train of gears, moves the minutes and hours. This causes friction, and friction equals loss of power. By totally separating the seconds from the minutes and hours, Mr. Journe does not need the train of gears. It is interesting to note that, whether the complication is a Grande Sonnerie or the Chronomètre Optimum, the same problems emerge – logical causes and effects. With those systems, the Élégante may last up to 18 years! Problem solved.

It did not come easily – hence the necessity for eight years of research and development. Even the rose-gold plating on the circuit board is a novelty that created many conductivity problems. But of course, Mr. Journe would never use a yellow gold plating with a rose gold case in the Souveraine or Octa collections — especially when exposing the movement through a sapphire crystal (unlike any other quartz watch on the market).

Is Your Wristwatch a “Wrist” Watch? An Insider’s Look at F.P.Journe – Part 3

How to Make a Perfect Watch: An Insider’s Look at F.P. Journe – Part 4

Sound and Vision: An Insider’s Look at F.P. Journe – Part 5

Or visit or contact one of our F.P. Journe Boutiques:

END_OF_DOCUMENT_TOKEN_TO_BE_REPLACED 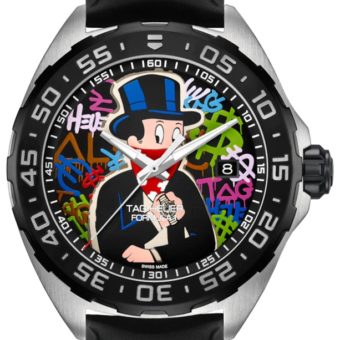 Green Rambles: Is it All About the Money ...