Ever since I spent a few brief moments with the Tissot Heritage Petite Seconde at Baselworld 2018, I’ve been looking forward to getting some real wrist time with it. I was immediately attracted to the brushed finish on the dial, the combination of the large, printed Arabic numerals and vintage Tissot logo, and the sharp, faceted lugs that contoured nicely on the wrist. The price at $995, falling right in line with the value that Tissot is known for, only served to sweeten the deal.

Those positives helped diminish one design feature that attracted a good deal of criticism by some enthusiasts watching the Basel proceedings from afar. Directly underneath the attractive Tissot branding was text reading “Antimagnetique,” calling back to the brand’s historic production of watches that featured special antimagnetic properties during the 1930s and 40s (see here). Tissot was one of the first brands to bring wristwatches featuring anti-magnetism to market, and the watches were generally known for their clean dial configuration, steel cases, thin hands, quality movement, and price accessibility. As my colleague Caleb Anderson remarked earlier this year, these specific models have gained some attention in recent years, but have remained less expensive compared to the brand’s historical chronographs. 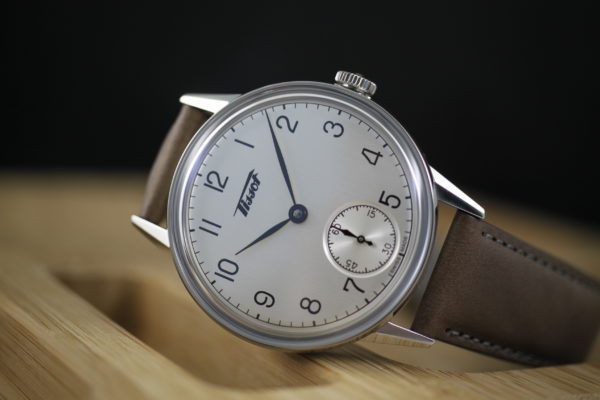 The issue with the Heritage Petite Seconde was that, despite the resemblance to those classic models, the movement Tissot used, a manually-winding ETA 6498-1, boasted no special antimagnetic properties with a relatively standard rating of about 64 gauss. As you well know, watch collectors are a fickle bunch, so Tissot made the smart move to rectify this by quietly introducing the watch without the Antimagnetique branding when it officially hit stores over the fall. Although it’s not exactly rare for Swiss watch brands to make slight changes post a watch’s initial introduction, the conservative Swiss watch conglomerates are usually reticent to bend to fan backlash. Because of this, I commend Tissot for making this subtle — but significant — change. 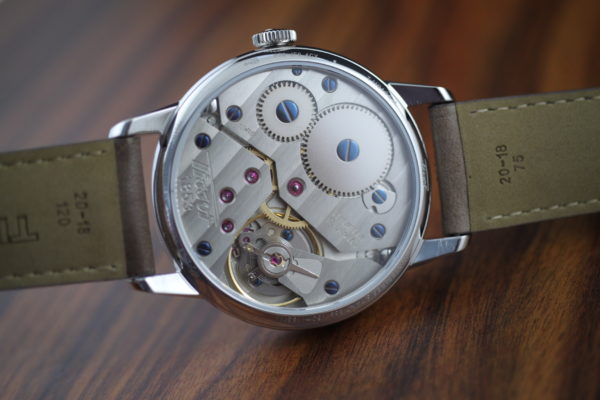 Removing the “Antimagnetique” text from the dial doesn’t change much about its appearance. It’s still an overly sober watch that exudes additional warmth thanks to its brushed dial. Despite how it may appear in some images, the dial color is more off-white than it is gray, and during the time I wore the watch, I found it easily matched most of my fall/winter wardrobe. One of the other major complaints I heard about the Petite Seconde on social media and from other members of the media was due to the size at 42 mm. For a vintage-inspired watch, 42 mm is a bit large and the longer lugs don’t exactly help it in this department, despite their aid in the watch’s overall wearing comfort. 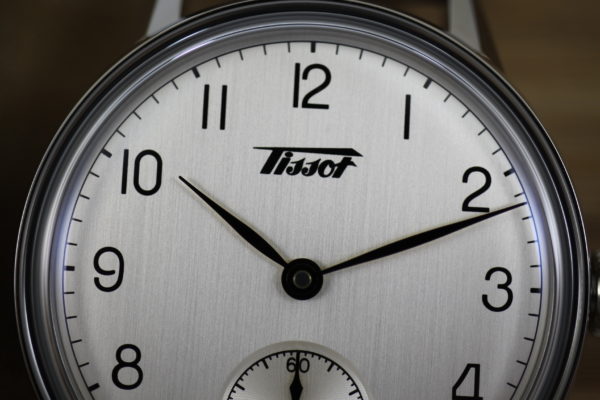 A quick flip of the watch reveals a full view of the ETA 6498-1 and showcases why the watch couldn’t have been any smaller. All things considered, this hand-winding caliber is actually pretty interesting. It’s effectively the same caliber as the Unitas 6498, which was originally introduced in the 1950s inside pocketwatches with hunter cases. Although its 36.6-mm diameter doesn’t offer the watch any favors size-wise, the ETA 6498-1 is more than capable with decades of running experience and a power reserve of 46 hours when fully wound. It’s been further decorated with Côtes de Geneve and attractive blued screws. 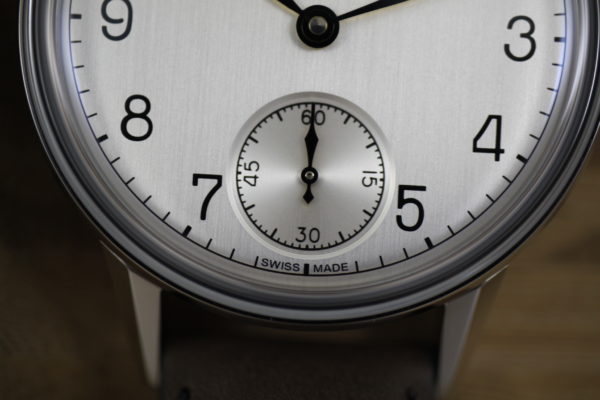 Other details that hammer home the watch’s overall vintage appearance include the slim, fluted crown that has been branded with the Tissot “T,” the practically non-existent bezel, the long leaf hands that reach out across the dial, and the recessed small seconds at 6 o’clock that features a subtle snailed detailing. A side view of the stainless-steel cased watch provides a view of the brushed sides that are surrounded by a polished edging that matches the faceted lugs. The surprisingly supple leather strap, that feels decidedly upmarket, offers zero complaints and is further enhanced by an easy-to-operate butterfly clasp and the flexibility to quickly change straps thanks to the 20-mm lug-to-lug width. 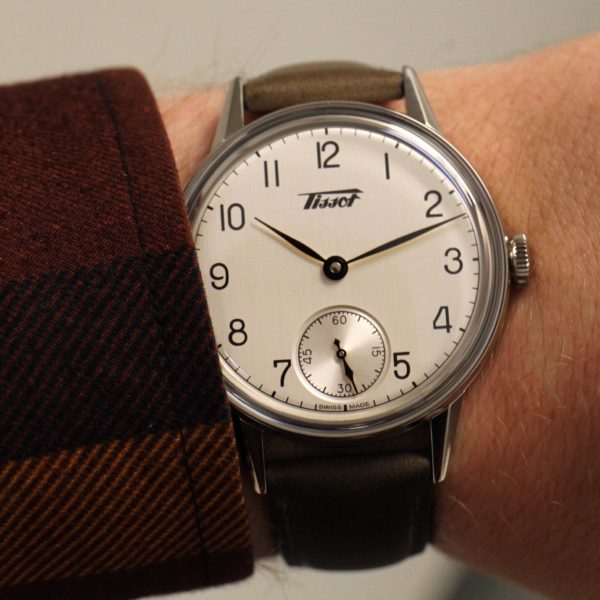 Overall the Tissot Heritage Petite Seconde could be a good fit for anyone looking for a quality Swiss-made timepiece under $1,000. It can work as a casual weekender — despite its lack of luminous material — and at the office. It’s just as legible as it is attractive and could fit within any niche in a growing collection. I can imagine this being a fantastic introductory piece to the neophyte collector that needs to get a watch for their first office job as well as an ideal fit for the older collector who appreciates the timeless design and the nods to Tissot’s industry-leading years in the antimagnetic sphere. There’s no doubt that the vintage trend continues to grow and Tissot’s Heritage collection continues to excel in this category.