More than 40 years ago, Japan’s Citizen Watch Co. revolutionized the wristwatch world, and timekeeping technology, with the introduction of Eco-Drive, an innovative system that employed the power of light to recharge the batteries of that era’s dominant quartz movements. Eco-Drive calibers were not only the answer many were seeking to the problem of short battery life, and the inconvenience and expense of regular battery replacement, but also to the environmental issue of battery disposal, and remain a core element of Citizen’s timepiece portfolio. This year, Citizen takes the technology to new and unprecedented levels of precision with the introduction of the new Caliber 0100 — an Eco-Drive movement that calibrates time to an astonishing accuracy of +/- 1 second per year, debuting in three new models produced in limited quantities this fall. 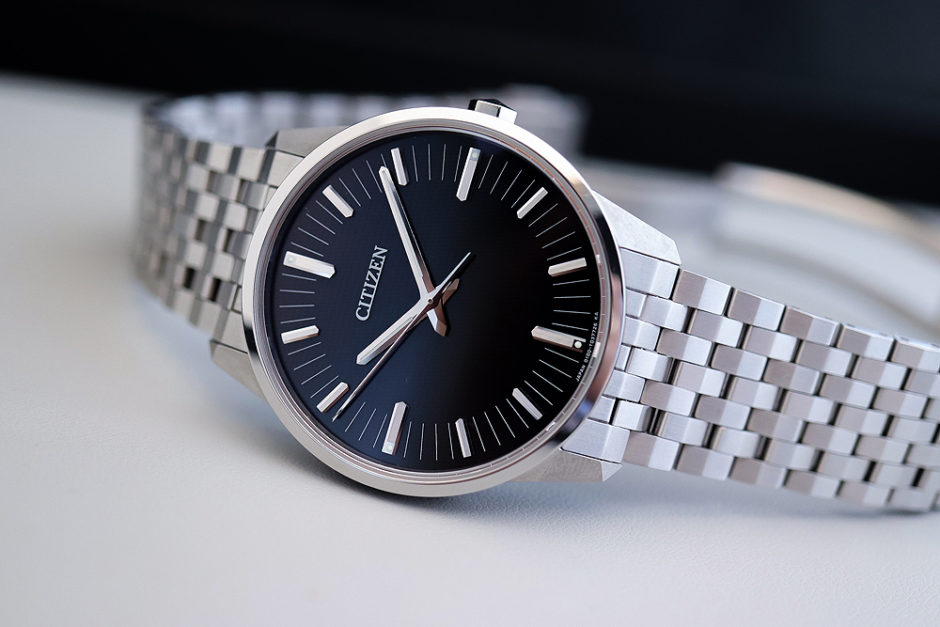 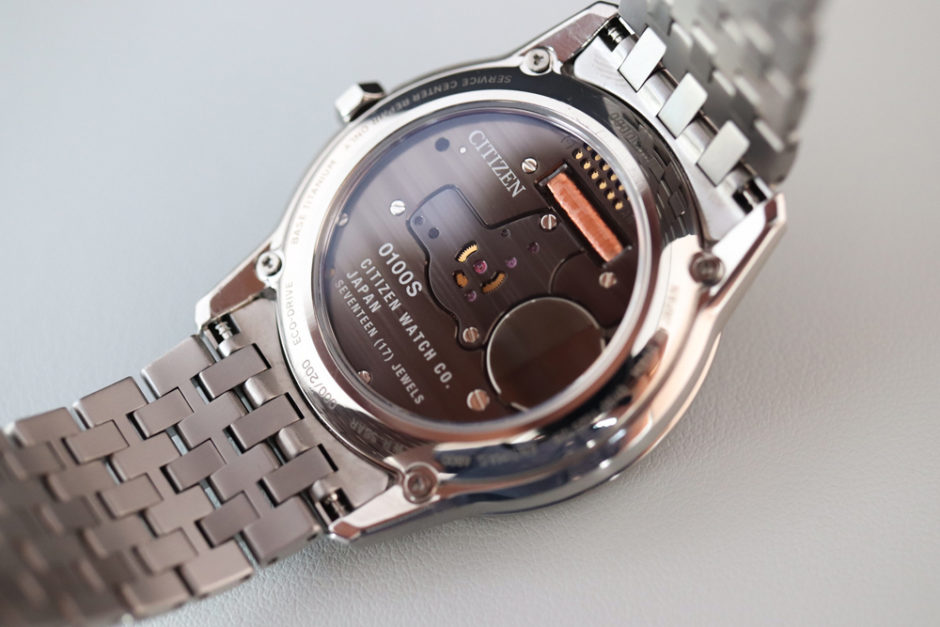 The clear caseback is a rarity on an Eco-Drive watch.
2/3 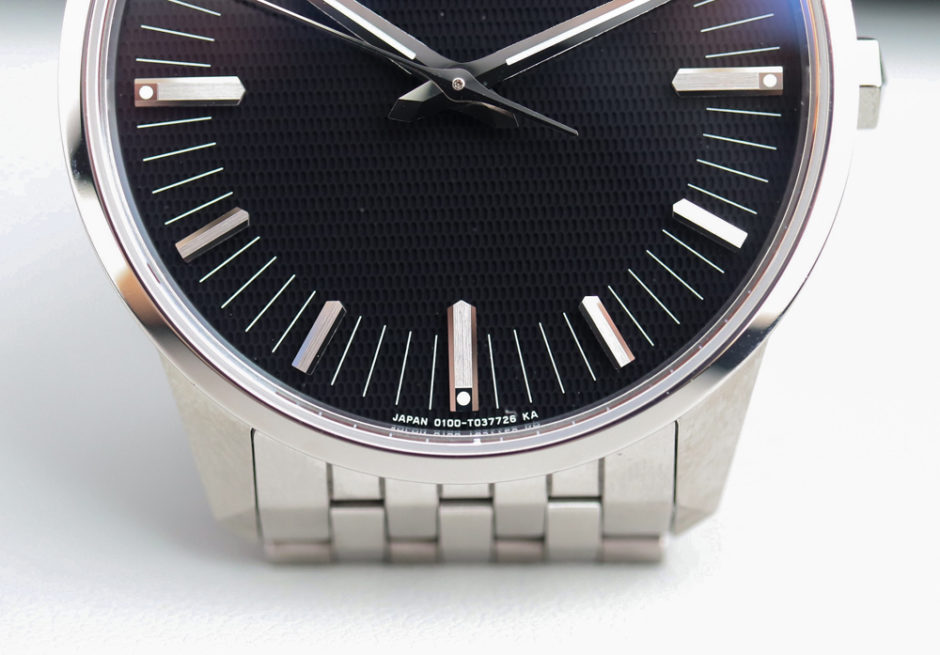 The dial’s tiny apertures absorb light to power the movement.
3/3

Caliber 0100 achieves its ultra-high accuracy, Citizen says, without relying on synchronized data from satellites or radio-controlled atomic clocks, as do models equipped with Casio’s Multi-Band 6 Atomic Timekeeping technology. Instead, Citizen developed new AT cut type crystal oscillators, which vibrate at a frequency of 8.4 MHz, to replace the more common tuning fork-shaped oscillators used in most quartz movements; the former type’s frequency is more than 250 times higher than the latter’s. Citizen also needed to develop power-saving strategies for the movement, employing materials and designs that would not only generate the much greater amounts of energy that the AT cut type crystal oscillators required but also render the entire mechanism sufficiently resistant to outside influences such as temperature variations, gravity, and age degradation. The successful result is a caliber that offers stable operation for up to six months on a single light charge, or eight months in its power-save mode. Citizen’s engineers even built it to continuously monitor and adjust for frequency and temperature shifts once per minute, and to automatically correct the hand positions after the watch is subjected to shocks.

The exterior attributes of Caliber 0100’s mechanized innovations include, according to Citizen, a perfect alignment between the seconds hand and the dial’s indices when viewed straight on from the front. This is the result of the LIGA fabrication process used for the gears and springs that control the hands’ motion, a more intricate process than the machine cutting and pressing used customarily for such micro-components. The long, heavy brass hands could not ordinarily be propelled by the torque in a traditional quartz movement. A close glance at the dial from an angle reveals that the seconds hand is slightly curved at the tip to follow the subtle curvature at the dial’s edges.

The Caliber 0100 watches comprise three distinct models, each a limited edition, in cases measuring 37.5 mm in diameter and a svelte 9.1 mm thick. Two have cases and bracelets made of Citizen’s Super Titanium treated with Duratect for extra hardness. One Super Titanium model has a metallic black dial and is limited to 500 pieces worldwide; the other has a blue-tinted mother of pearl dial and is limited to 200 pieces; both will be released in the fall and are projected to be priced at $7,400. The most exclusive of the trio is a model with an 18k white gold case, with a cream-colored dial, on a black crocodile leather strap with tone-on-tone stitching. Limited to only 100 pieces worldwide, and also to launch in the fall, the model is priced at $16,800. All three models — in a departure from most quartz-powered watches — feature sapphire exhibition casebacks that put Citizen’s latest achievement in electronic timekeeping on display.

No Responses to “Citizen Caliber 0100: The Most Advanced, Accurate Eco-Drive Movement Launches in Three New Watches”

Show all responses
Leave a Reply to Steven Brudnicki