While WatchTime New York 2018 is right around the corner (Saturday tickets are still available, click here), we would be remiss not to mention an ongoing exhibition by one of the longest-tenured WTNY brands, Blancpain. Currently on view at the brand’s boutique on Fifth Avenue in Manhattan is a one-of-a-kind collection of vintage Fifty Fathoms dive watches that are taken from throughout the model’s 65-year history.

As many of our readers know, the Fifty Fathoms was first released in 1953 and is regarded as one of the first modern divers’ watches, even appearing in the famed French oceanographer Jacques Cousteau’s 1956 Oscar-winning documentary, The Silent World. Ever since those nascent years of undersea exploration, the Blancpain Fifty Fathoms has maintained its prestigious position atop the crowded totem pole of contemporary dive watches.

This extensive showcase, which started at the beginning of October and runs until the 10/26/18, highlights some of the more recognizable vintage Fifty Fathoms models. This includes versions ranging from ones with the colorful “No Radiation” assurance at 6 o’clock to the multiple Mil-Spec iterations that, at one point, were likely strapped to the wrist of a U.S. Navy diver as he explored previously unseen depths. There’s even a Tornek-Rayville-signed model on display which, if you know your dive watch history, comes from the very early years of diving, when the U.S. Navy was looking for a company to supply dive watches that met stringent criteria. After conquering the Rolex Submariner (also released in 1953), Enicar, and Bulova examples in the Navy’s brutal round of testing, the Fifty Fathoms still had to be imported through an American distributor (Allen V. Tornek) thanks to President Hoover’s “Buy American Act” that was still in effect.

Take a look at some of the highlights in our gallery below from our visit earlier in the week, but trust us when we say that pictures don’t do this extraordinary collection justice. If you’re in Manhattan and find yourself with some free time over the next few weeks, or want a horological appetizer to what Blancpain has in store at WatchTime New York 2018, we highly recommend you check it out for yourself. More information can be found here. 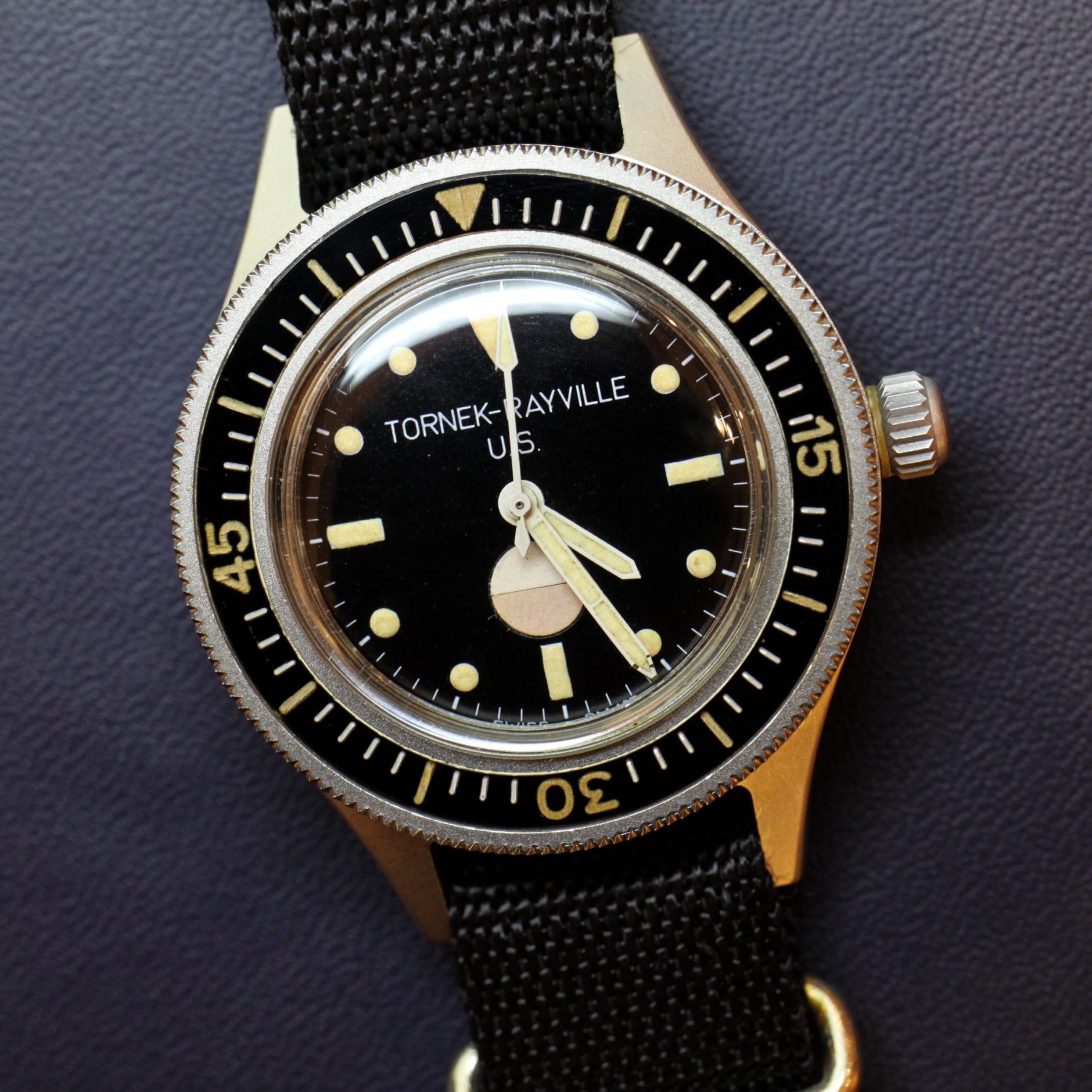 Blancpain Fifty Fathoms made for the U.S. Navy and signed Tornek-Rayville.
1/8 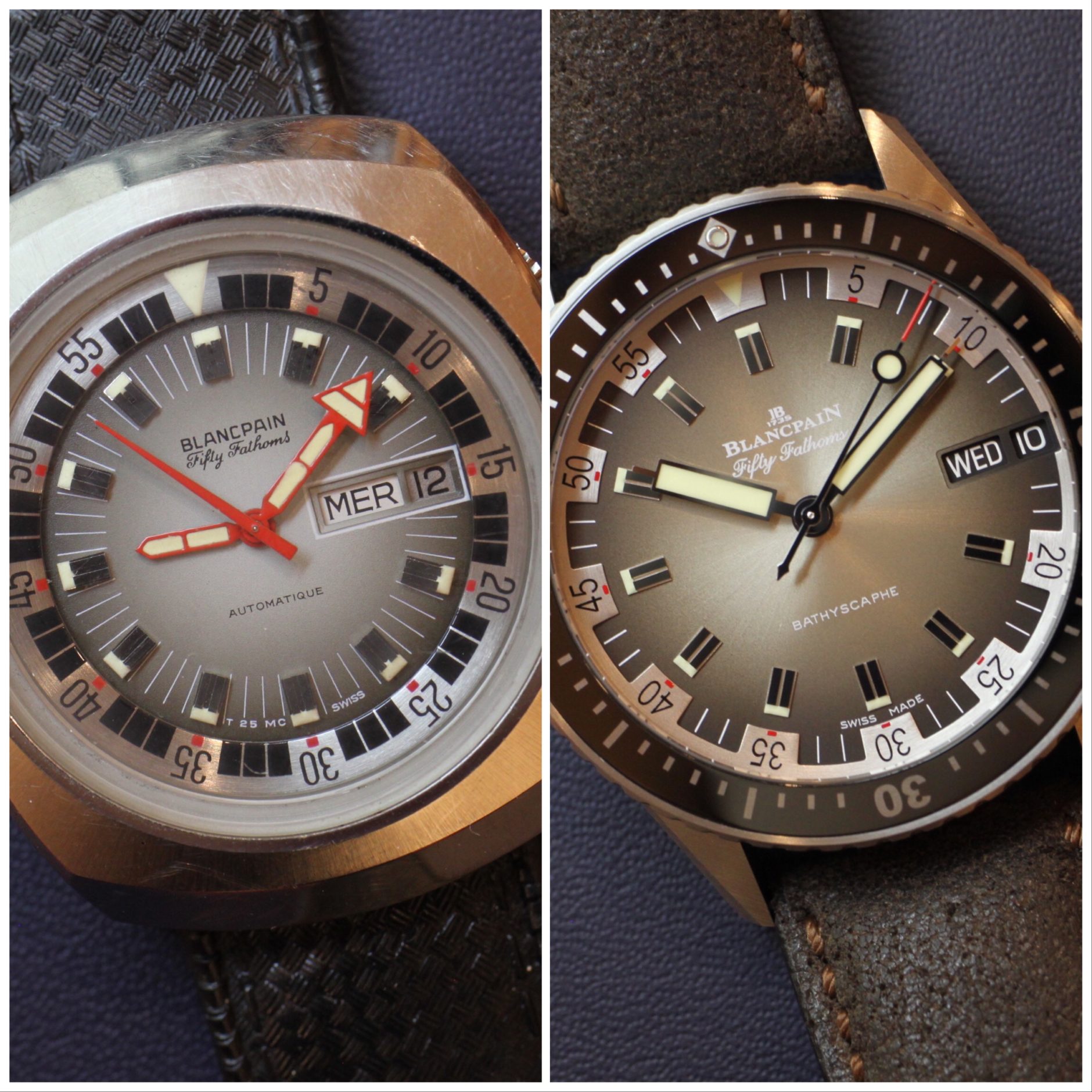 Side-by-side comparison of the original Blancpain Fifty Fathoms Day-Date from the 1970s with this year’s iteration.
2/8 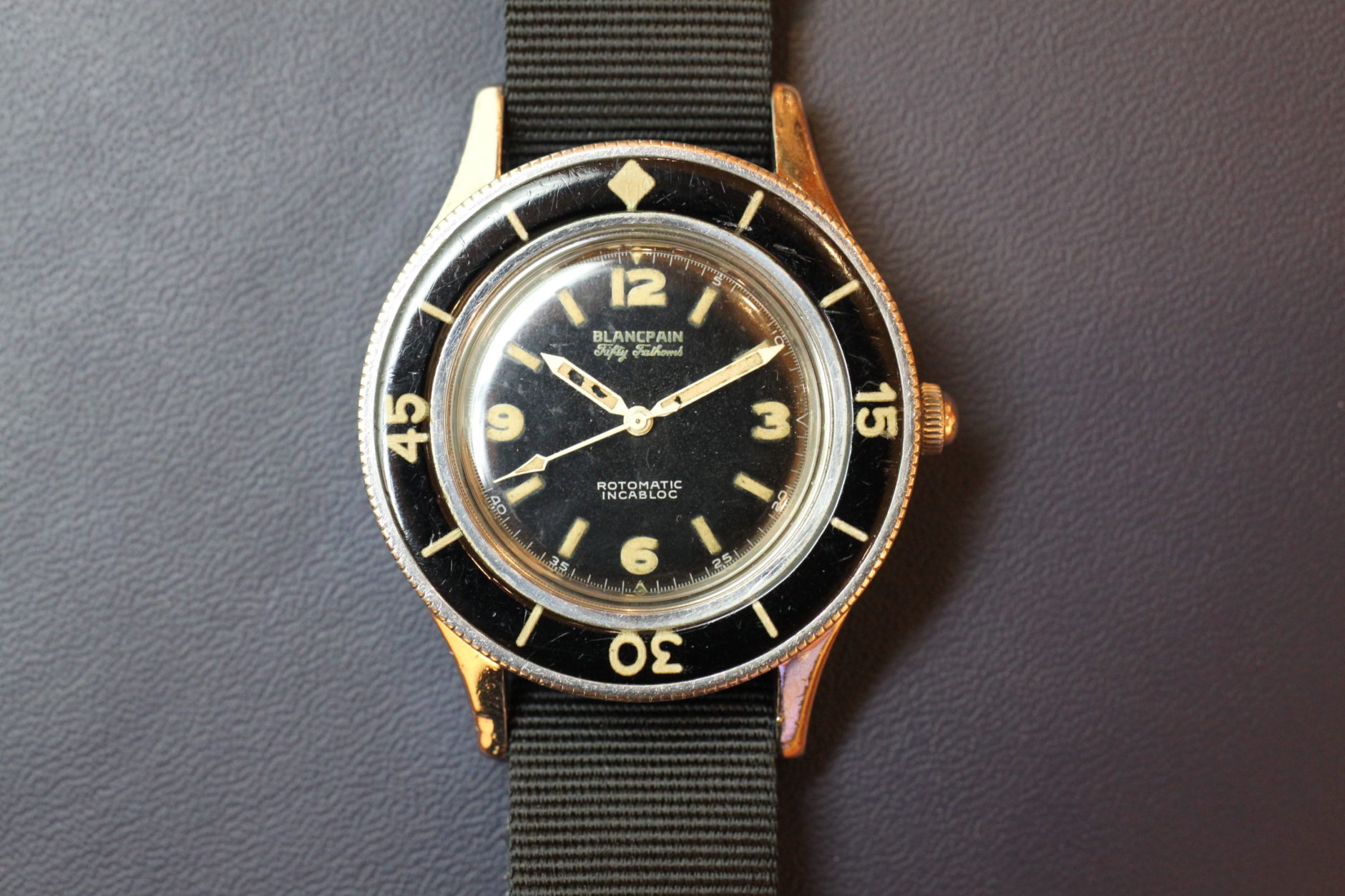 The original Blancpain Fifty Fathoms from 1953.
3/8 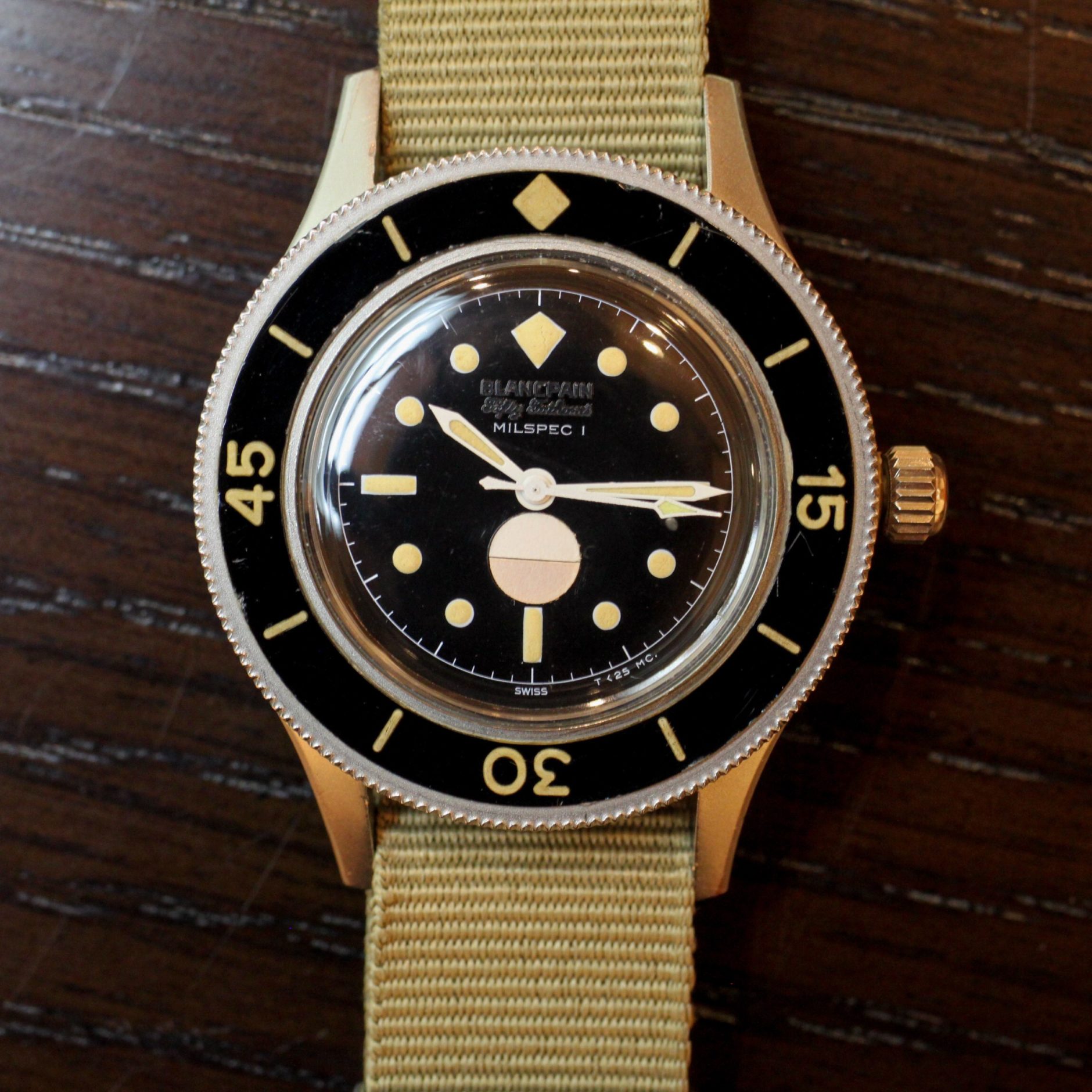 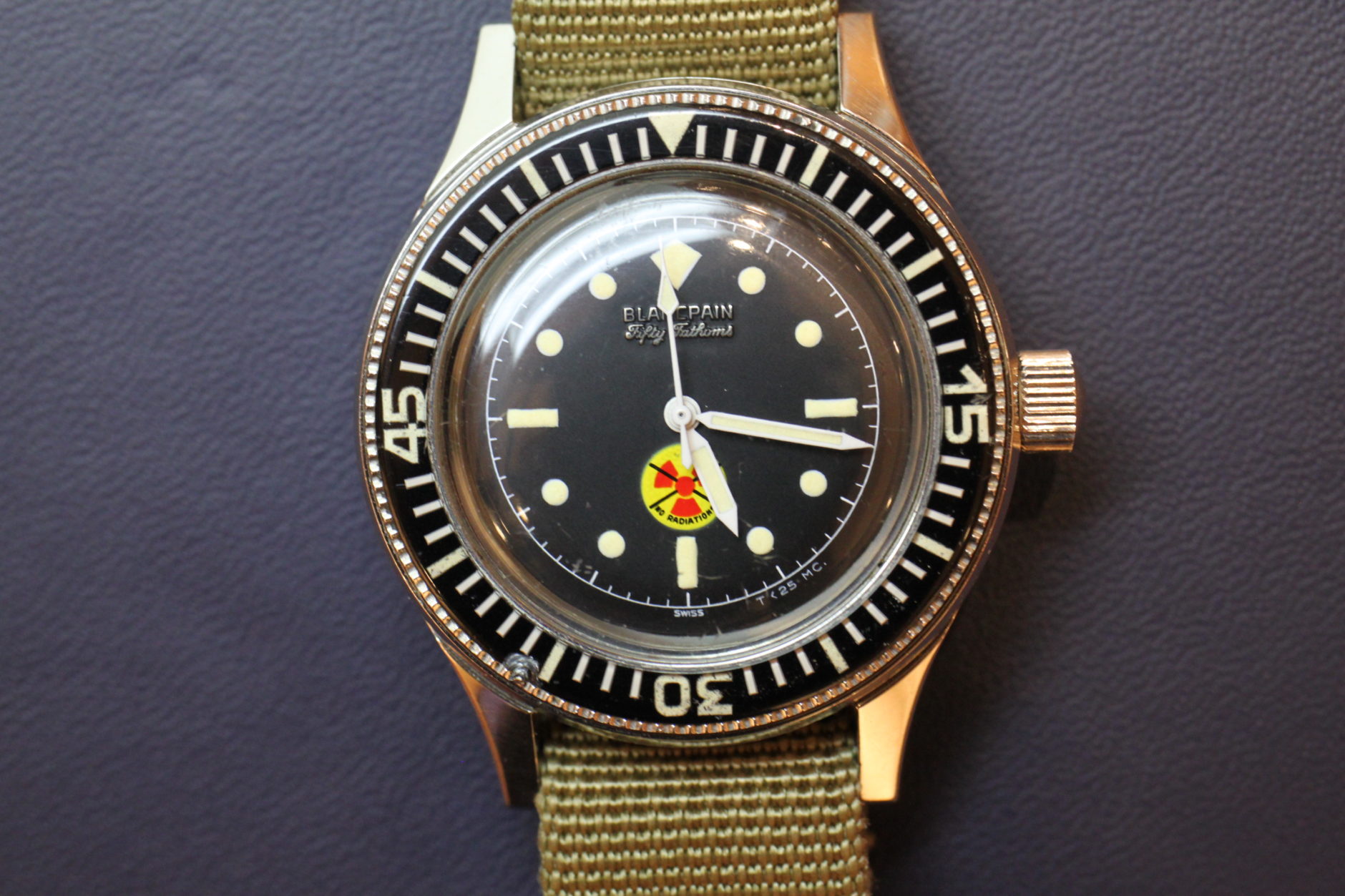 Blancpain Fifty Fathoms model with a “No Radiation” insignia at 6 o’clock.
5/8 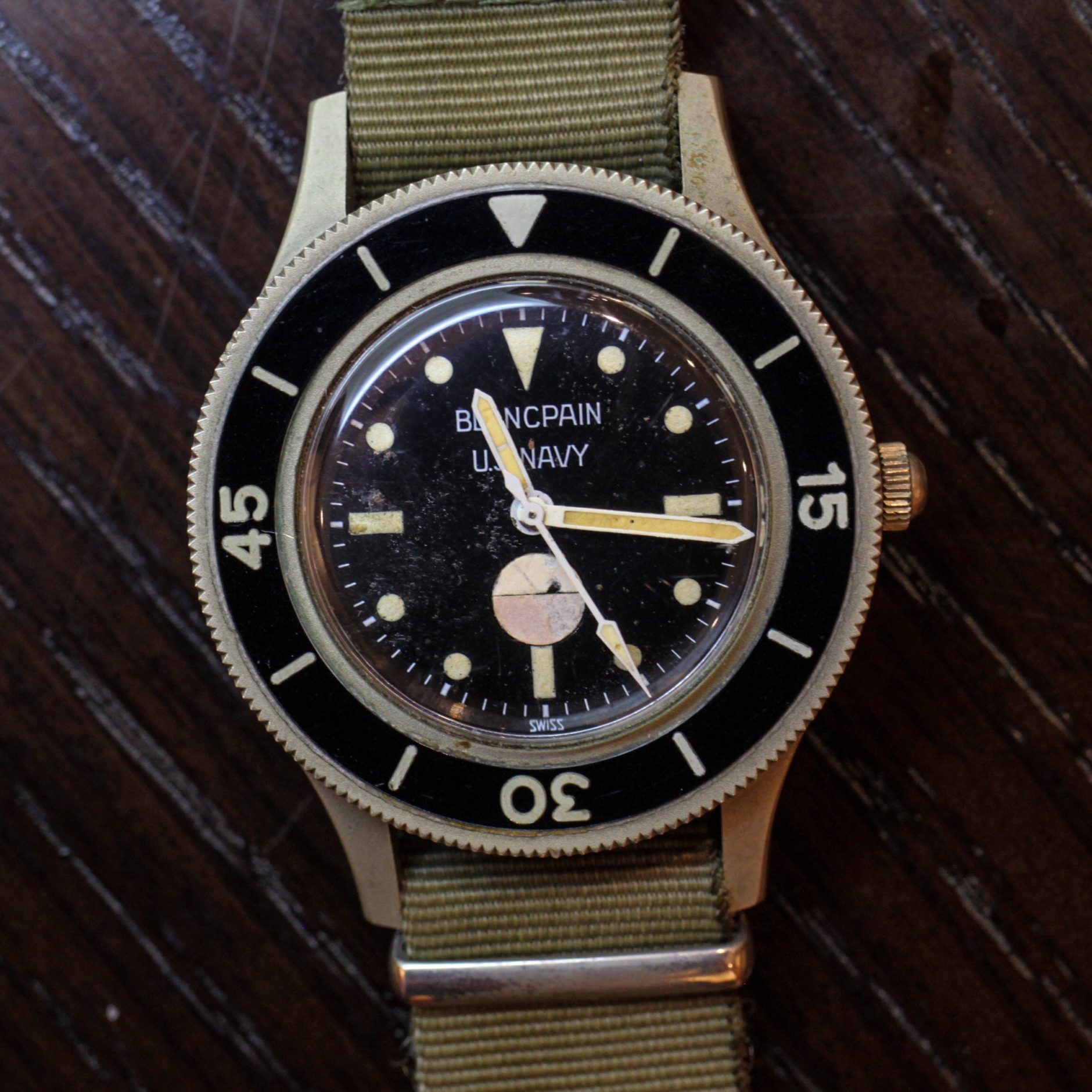 An early Blancpain Fifty Fathoms dive watch made for the U.S. Navy.
6/8 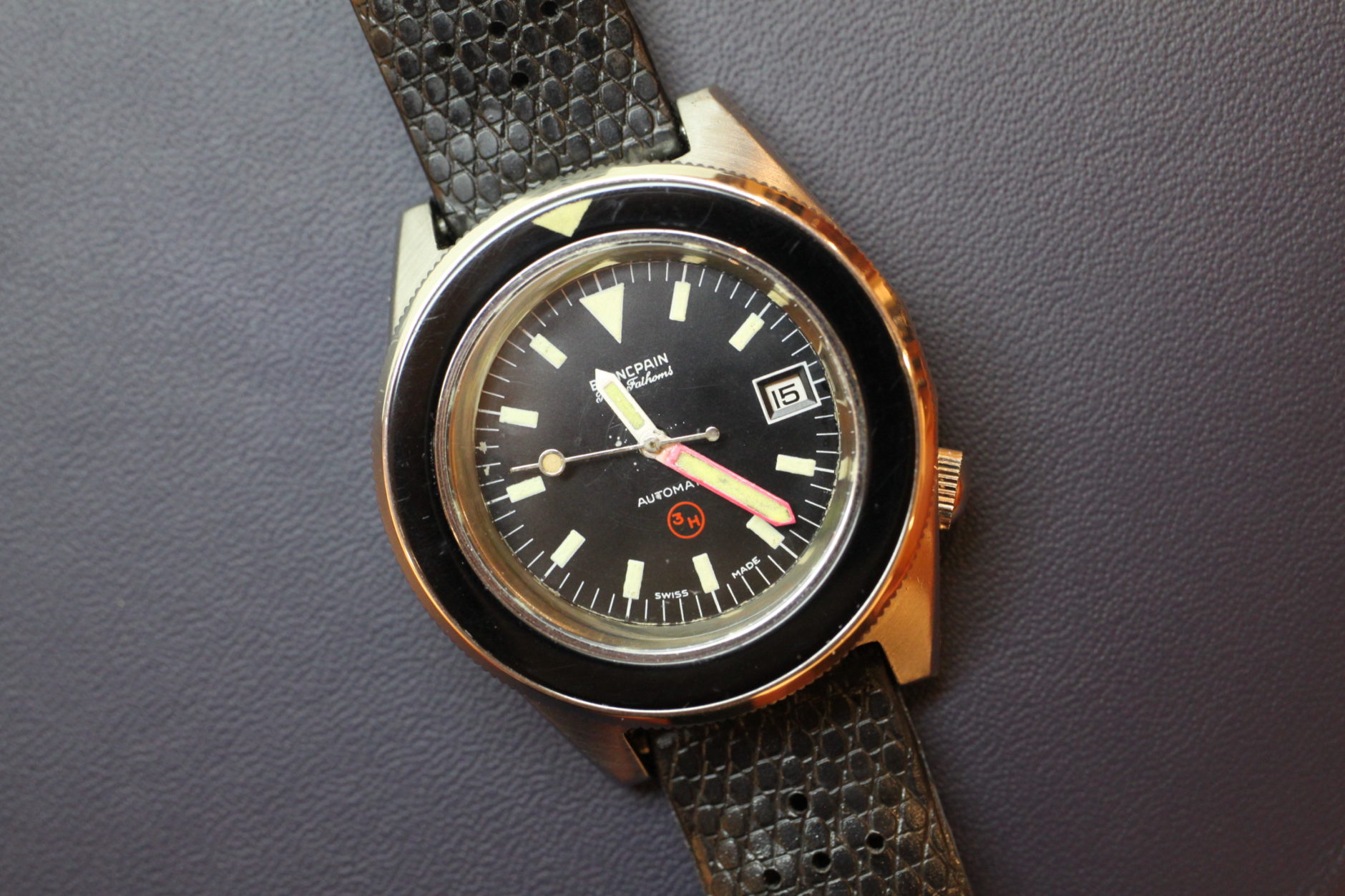 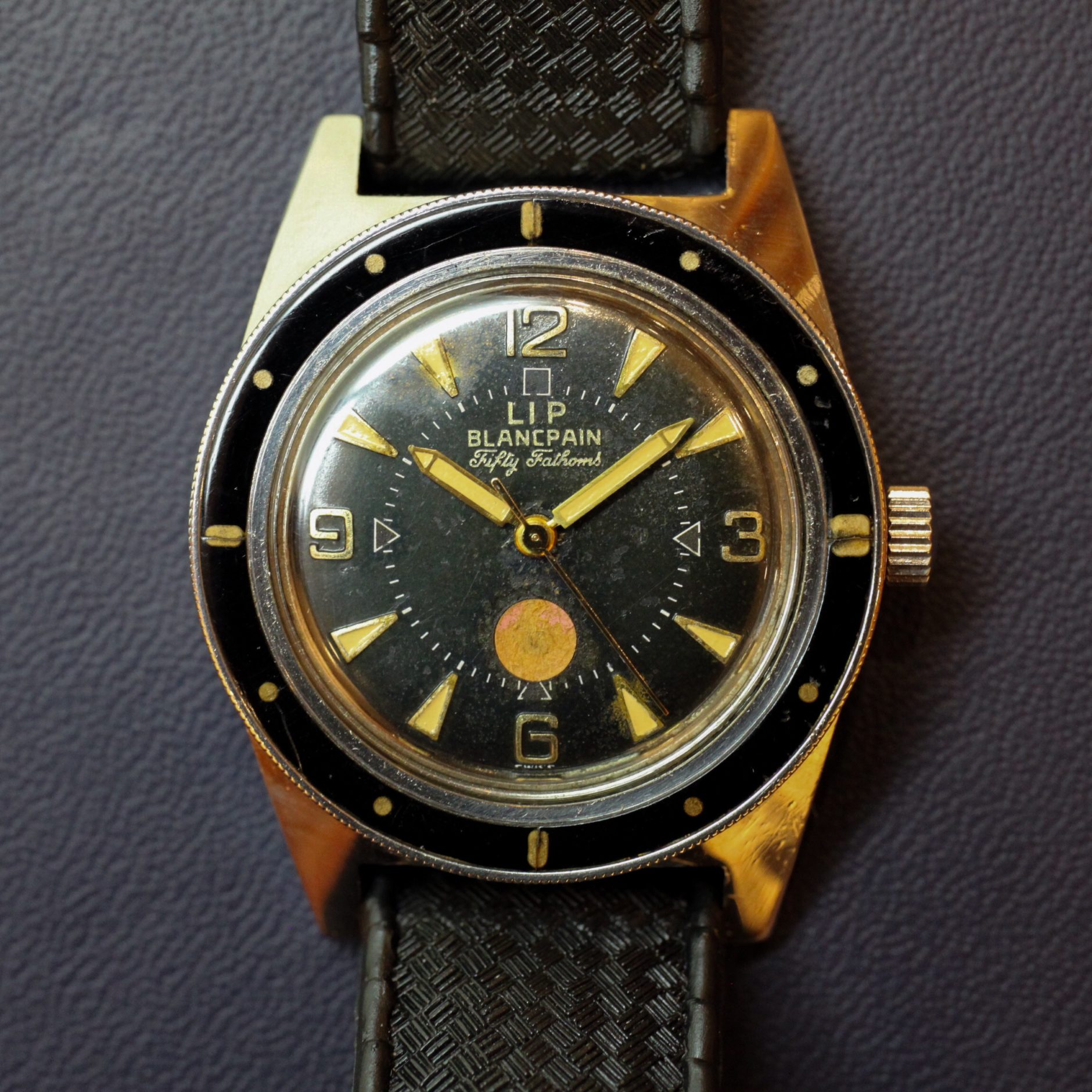 Check out one of the new models that Blancpain is bringing to WatchTime New York 2018 here.

Show all responses
Leave a Reply to Tom