In less than 24 hours, you’ll be able to watch the opening ceremony of the XXIII Olympic Winter Games, broadcasted live from Pyeongchang, South Korea. Omega has timed the Olympic games for 86 years (since the Los Angeles Games in 1932!), and for this year’s competition, the venerable Swiss watchmaker introduced two separate lines of Olympic Seamasters. We already covered the more colorful and sporty take on the best-selling model here, and today, we’d like to show you the more upscale, Olympic-medal-inspired take on it. 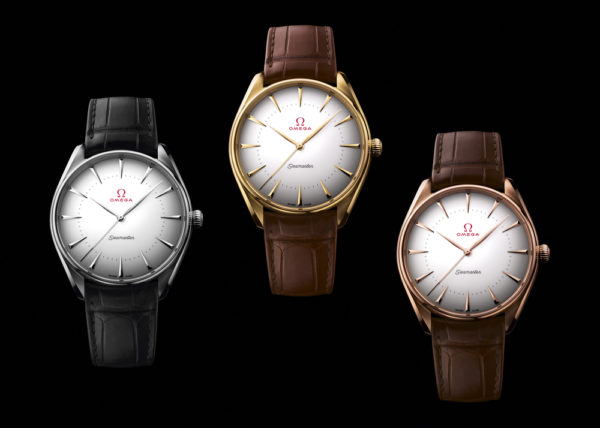 This new line encompasses a trio of watches directly influenced by the three winning medals handed out on the Olympic podium. However, Omega is using gold in each of the 39.5 mm watches rather than a different material in each. 18K yellow gold takes the form of the traditional first place material, 18k Canopus gold for the “silver” model, and 18k Sedna gold for the “bronze” version.

You probably recognize Sedna gold, which is a proprietary alloy Omega developed in 2013 that blends gold, copper, and palladium to create a rose gold look. What you won’t recognize here is Canopus gold, which is a brand new, exclusive alloy Omega has created for this specific watch that closely resembles white gold. Details are currently sparse on what the new alloy is made of, but it’s always intriguing when brands put their chemistry hats on to create new materials that can be used in cases, hands, numerals/indices, etc. It’ll be interesting to see how, and where, Canopus gold is used next and if we’ll see it in any new watches at the upcoming Baselworld fair.

Corresponding 18k gold is also used in the “leaf” hands and applied indices for each watch. The domed dials are slightly off-white and feature the vintage Omega logo and a sporty minute track. Each watch is available on either a brown or black leather strap.

The casebacks of the new Seamaster Olympic Games watches feature a corresponding 18k gold ring emblazoned with the names of all the host cities and dates from Omega’s tenure as Olympic Timekeeper, from the 1932 Los Angeles games to the upcoming 2028 Los Angeles games. Inside this ring is a sapphire viewing window showing off the movement, Omega’s METAS-certified Master Chronometer Caliber 8807. 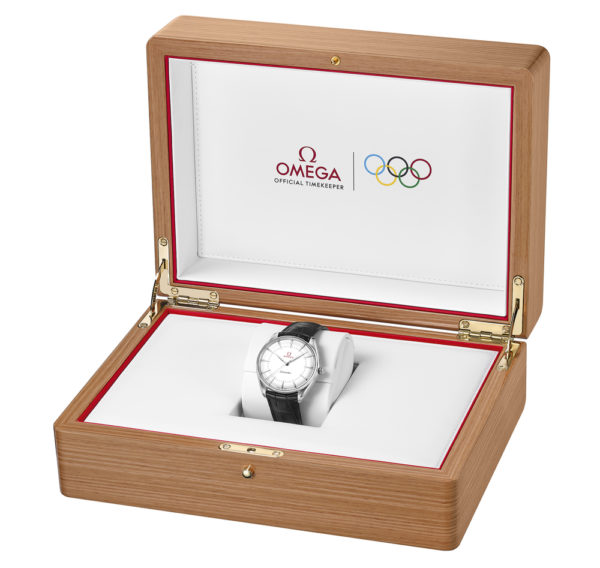