In 2018, Mido is celebrating the 100th anniversary of its founding. To commemorate the centennial, it has been revisiting some of its most important models from the brand’s entire history. Chief among them is the Multifort Datometer Limited Edition, which is modeled after a 1939 watch by the same name, released five years after the original Multifort in 1934. This vintage piece held a number of defining characteristics, from its small steel case with “scalloped” lugs, dauphine hands, circular date indicator, and rounded “Super Automatic” script towards the bottom of the dial. Each of these elements, with exception to the specific script, were not uncommon for the era, yet few pieces connected them within a single design. While these original Datometers from the late ‘30s and early ‘40s are sometimes difficult to come by on the vintage market today, later models from the 1950s are frequently available for a few hundred dollars.

The modern piece (reference M036.407.36.031.0) is a faithful homage to the original with some key distinguishing features of its own. With a 38-mm steel case coated in a rose gold PVD, the contemporary watch matches the vintage with its continued use of “scalloped” lugs and the rounded end of its crown. The silver dial of the piece has a slightly domed construction and features a sandblasted finish; on its edge is an outer minute ring with the vintage watch’s signature analog date markers encasing it. Printed Arabic numerals meet these outer features at the quarter hours, with applied dagger-shaped markers filling in the gaps and matching the coloring of the case. Towards the center of the dial are the dauphine hour and minute hands, simple seconds pointer, and crescent red-tipped date indicator, while towards the top of the face is the vintage-style logo and descriptors, with the stylistic “Super-Automatic” script at the bottom.

As the analog date indicator with center hand is a somewhat uncommon movement today, Mido had to produce a special movement for the new watch. They have dubbed it the Mido Caliber 80, being based on an altered ETA C07.611, which itself is based on the ETA 2824-2; the automatic caliber features a solid 80-hour power reserve and is visible via the watch’s sapphire case back. The Multifort Datometer will be limited to 1,918 pieces and is expected to become available for sale at the end of this month for $1,350. 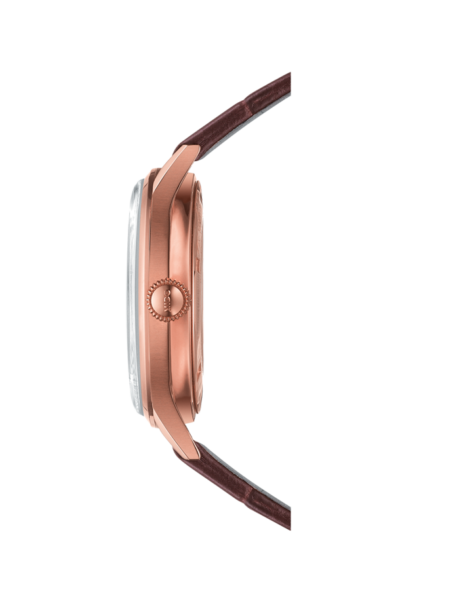 The modern watch is a faithful re-interpretation of the original piece, yet distinguishes itself through two primary factors. Namely, its many vintage attributes despite being geared towards the modern consumer’s lifestyle; and secondly, while in its historical era the Datometer was something of a general, everyday wearer, the contemporary re-issue appears to be more purposefully made as a formal or “dress’ watch. For example, the original piece was around 34 mm and only appeared in steel rather than rose gold, but the increased size and choice of modern coloring serves the larger purpose of the watch. Further, on the dial, the original was a bit more cluttered— likely due to its smaller size— with a simple silver background, as compared to the cleaner and sandblasted variation seen in the recent model. The choice of a sapphire case back, for a relatively undecorated movement, is further evidence of the piece being made less for the niche vintage-oriented audience in favor of the modern. 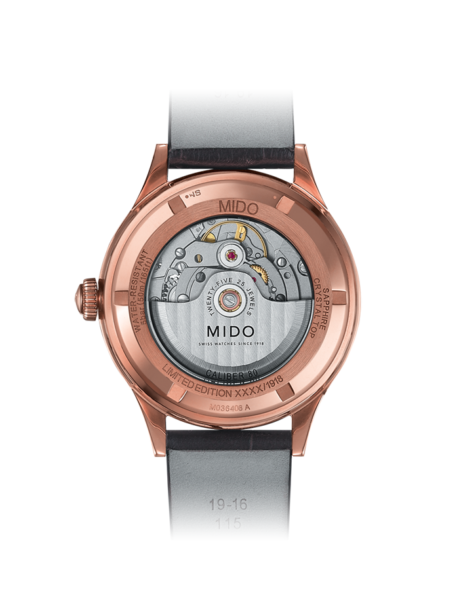 The similarities are much more obvious between the two models. Foremost are the dial’s configuration and lug design, with the brand taking overt efforts in its homage through the circular date indicator with the specially altered movement, and the dauphine hands they power. The brand clearly made an effort to channel the original aesthetic of the historical piece, and seemed to refrain from superfluous alterations

For its historical differences and similarities, the Datometer is arguably one of the better vintage re-issues of this past Baselworld season, and that’s primarily for its many homage details and the unique value they offer. Being priced $1,350, the watch is rare in its price range for all it packs: interesting lugs, a circular date indicator, vintage-style dial, dauphine hands, and long power reserve. The choice of PVD rose gold compared to a simpler and historical steel is a bit of an unorthodox decision, although it fits the larger goals of the piece: providing a handsome dress watch for a modern crowd, and commemorating one hundred years of Mido’s founding in a bold way.

For the most recent article in the “Vintage Eye” series, in which we compare the Tudor Black Bay Fifty-Eight to its historical inspiration, click here.