When Richemont announced it was entering the affordable luxury or “fashion watch” segment with Baume (sans Mercier) it was a surprise for a number of factors. Not only is the market share of this segment rapidly closing due to the social media savvy of brands such as Daniel Wellington but smartwatches are rapidly encroaching on terrain that was typical of the quartz-buying, design-friendly audience that Baume is targeting. And, what was most surprising for watch enthusiasts was that Richemont was giving up its Swiss-made designation and utilizing Miyota movements (quartz and mechanical) purchased from Japan’s Citizen Group.

Looking at it from Richemont’s perspective makes a little more sense. I can imagine a Richemont executive saying something along the lines of: “There are millions of people wearing watches in the sub-$1,000 range that would never think of spending $8k on a [insert Richemont brand of choice]; why not bring them into the Richemont fold so when they’re older they’re fully indoctrinated. Why are we not actively pursuing those potential customers?”

A large part of Baume’s appeal is based on two factors that differentiate itself from other “fashion watch” brands: sustainability and personalization. All unused components are recycled, there are no animal-based products or precious materials involved in the production, and additional items, such as the interchangeable straps, are made from up-cycled fabrics such as sustainably sourced cork, cotton, and linen.

Baume also offers a timepiece builder on its website where you can customize a watch off a base of your choice. There are over 2,000 different design options so that distinction will be key when targeting a younger demographic.

With all that in mind, it’s important to note that while Baume shares a first name with Baume & Mercier and the two are technically related, the companies will be separately managed and won’t share similar designs or concepts. A few executives from B&M are now at Baume but that is where the similarities end.

After the announcement went live, we reached out to Baume to see if we could get some models in our office to review. While we had requested the mechanical option (priced at $1,100) we ended up receiving two quartz models, one with a moon-phase and day/date and one with small seconds.

Both of the watches we received were 35 mm, likely intended for the female audience (Baume offers sizes ranging from 35 mm to 41 mm). The models were surprisingly compact and the straps felt quality. Although the button clasp on the back of the strap didn’t necessarily feel like the safest way to keep a watch on your wrist, it’s there for the quick-change strap system Baume is highlighting.

The wire lugs are an intriguing addition that provides easy access to the crown at 12 o’clock. On that note, the crown’s location is an interesting concept and one that carries over through the entirety of the Baume lineup. I can imagine it being atypical to the target audience and is definitely something that differentiates the timepiece from the DWs and MVMTs of the world.

In gray, the symmetry of the dial apertures makes the watch feel attractive enough, while in the white, small seconds model, I feel it’s almost minimalist to a fault. The numerals are hard to see but, again, that probably won’t be an issue for the target audience. The date window in the small seconds is again, very small, but feels engaging enough floating by its lonesome at 6 o’clock. The small seconds is quite large and takes up almost a quarter of the dial.

While I haven’t spent any time playing with the configurator on Baume’s website, I can imagine that it will be a significant source of the brand’s business. Time will tell if this is a successful venture for Richemont and the Baume team but there’s little doubt that they’ve succeeded at creating an authentic “fashion watch” for the mass market. Over the next few months, it will be interesting to watch how Baume integrates with the rest of Richemont. Will the brand receive a booth or some way to exhibit its products at SIHH? And, how will the eventual name recognition of Baume impact Baume & Mercier’s market?

The small seconds and moon-phase models we reviewed in the office are priced at $560 and $630, respectively. We’re hoping to receive the mechanical version soon for a closer look as well. Stay tuned. 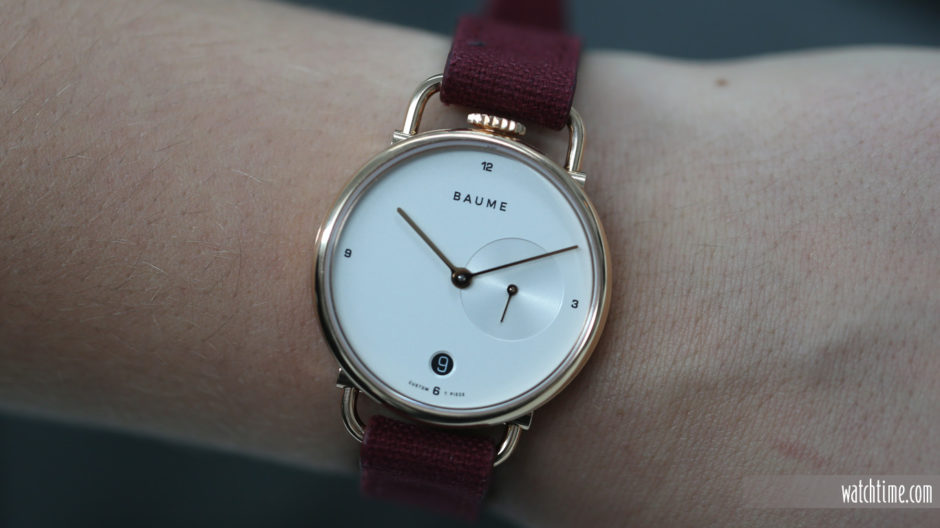 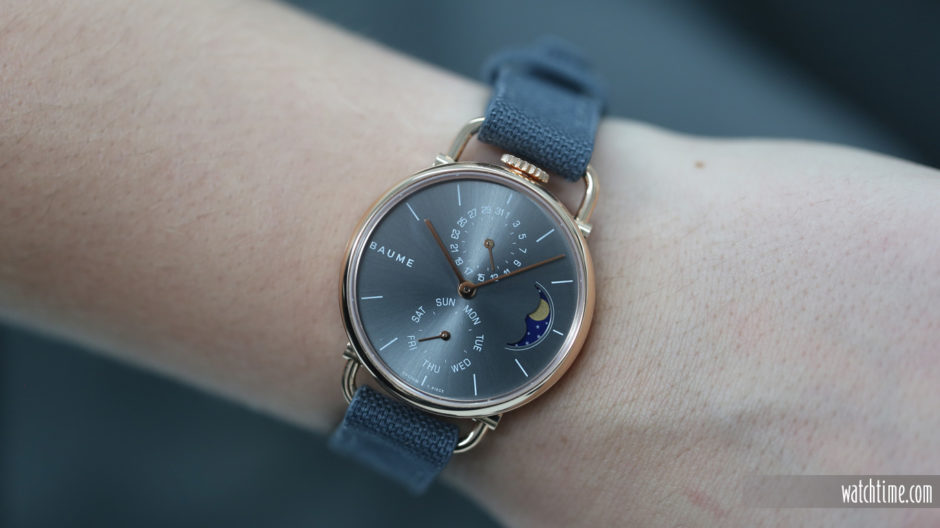